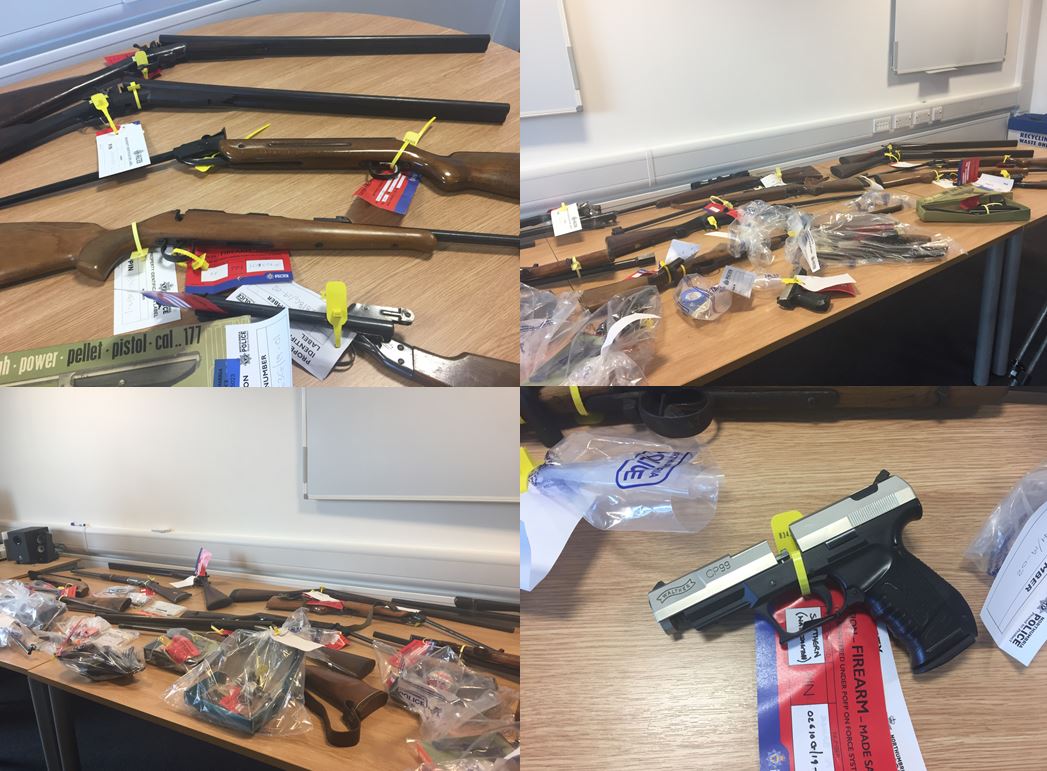 Northumbria police have praised the public’s response to a national firearms surrender as more than 50 guns were handed over.

A number of shotguns, pistols, rifles and revolvers were brought into stations across the North East as part of Operation Aztec, the national firearms surrender coordinated by the National Ballistics Intelligence Service (NABIS.)

The surrender, which was held between July 20 and August 4, has been championed by police forces across the UK and has seen thousands of unwanted guns and ammunition handed in nationally.

To date, the force has recovered a total of 54 weapons, including 16 shotguns, 11 air rifles, 10 air pistols and three revolvers.

Helen McMillan Assistant Chief Constable for Northumbria Police said: “I would like to thank the public for helping us in making the streets safer and bringing their unwanted firearms to our stations.

“So far, we have collected a total of 54 firearms and while we acknowledge this figure is less than what we recovered during the last surrender in 2017, it is still a large number of firearms which are off the streets and will be disposed of safely.

“We know that the majority of people in our region are responsible gun owners and many of the firearms we’ve received were left forgotten about in people’s homes. But, any weapon has the potential to fall into the wrong hands, and this could have devastating consequences for our communities.

“The surrender has given people the opportunity to safely dispose of their firearms and ammunition and it is no exaggeration to say that every gun handed in has the potential to save a life.

“While the surrender is now over, you can still bring any unwanted weapons in your possession to your local station where it will be disposed of.”

If you know of anyone involved with illegal firearms call police on 101 or independent charity Crimestoppers (anonymously) on 0800 555 111. Advice and support for young people is available @fearlessORG www.fearlessorg

If you are a licensed firearm holder who wants advice please contact your local force. For more information about NABIS visit www.nabis.police.uk