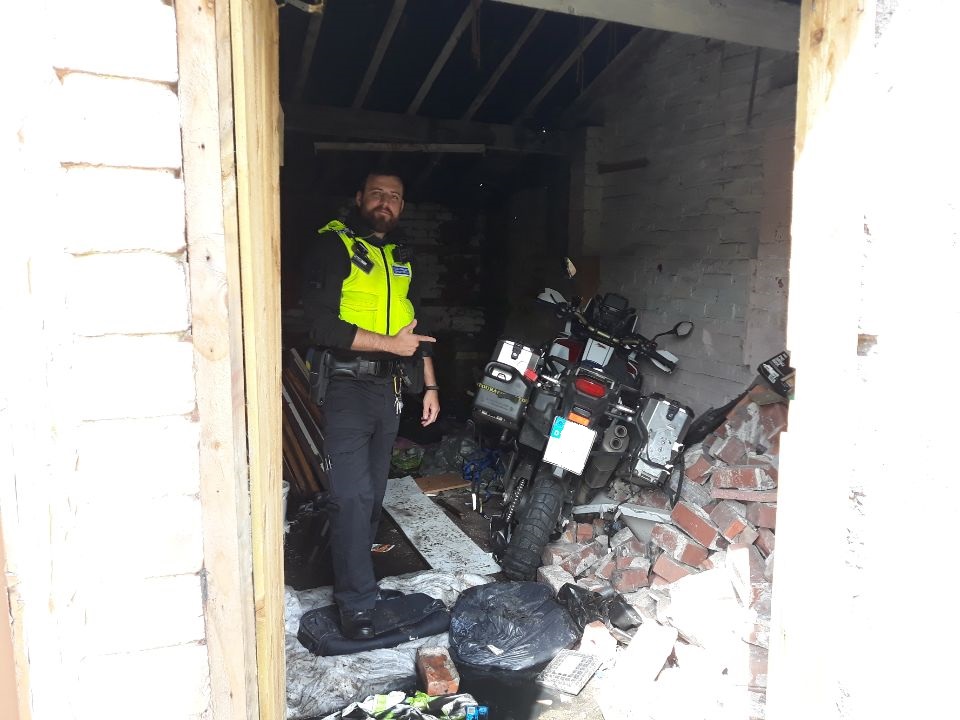 Two German tourists who had their motorcycles stolen in Newcastle have thanked the team of detectives who tracked them down in time for their journey home.

The couple called police at about 5.30am yesterday (Tuesday) after waking up in the west end of the city to witness their bikes being stolen from their hotel car park.

One of the bikes was worth £15,000 and left the victims devastated as they were due to catch a ferry at 4pm that afternoon and ride their bikes home to Germany.

Detectives on Northumbria Police's Operation Benelli task-force jumped into action and launched an investigation to see if they could trace the motorcycles.

They searched the area, spoke to witnesses and trawled through CCTV before locating one of the stolen motorcycles just yards from the victims' hotel.

And within hours of the report being made to police, detectives were able to locate the second vehicle at an address on Westmorland Road.

The bikes were recovered and one of them was repaired by the Newcastle Motorcycles Honda dealership on Scotswood Road after sustaining damage during the theft.

The victims have since thanked police for their efforts after they were reunited with their prized possessions in time to make their ferry back to Amsterdam.

Detective Inspector Tam Fowler, who oversees the work of the Op Benelli team, said he was pleased with the positive outcome.

He said: "The Operation Benelli team have been in place for a number of months now and every single day we are making progress in our fight against this type of criminality.

"We are recovering the majority of bikes that are being stolen and in many cases the vehicles are being found just hours after the offence is committed.

"A number of offenders are going through the courts for motorcycle crime and a criminal investigation to identify those responsible for this theft are ongoing.

"Criminals who are committing these offences should know that, more often than not, we are identifying those responsible and placing them under arrest.

"We are determined and relentless in our pursuit so if you do target the property of hard working people then you should expect to end up in custody.

"It has been a memorable trip for the victims in this case and I am glad their experience of policing in Newcastle has been a positive one."