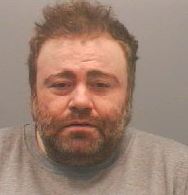 The bravery of a man who suffered a serious assault and the nurses who came to his aid have been praised after his attacker was jailed.

Gaige Temple has been sentenced to more than 10 years after assaulting the man who was seeking treatment at an independence centre in Gateshead.

He concealed a pair of scissors in his sock and stabbed the victim 14 times all over his body, including his head.

Two nurses on duty at the time, quickly responded and intervened the attack. They were also injured with one of the nurses receiving a stab wound to her leg.

Temple pleaded guilty to two counts of wounding with intent and was sentenced to 10 years and four months behind bars on Tuesday at Newcastle Crown Court.

Leading the case was Detective Constable Paul Challoner who has praised the bravery of the victim and nurses.

Det Con Challoner said: "This victim was in a place of comfort and safety to be able to recover from an unrelated ailment.

"The nurses have gone above and beyond their duty to protect the victim and too have been injured by this dangerous man.

"I really can't commend the bravery of the victim and the nurses enough for all they have been through. This man has caused not only those involved serious injury and distress but also to witnesses who were there at the time of the incident.

"I hope the sentencing brings a sense of justice for the victim and they can begin to rebuild their lives from this ordeal."

The victim gave a statement which was read at sentencing.

"I have physical scars from the attack and every time I look down at the scarring it is a constant reminder of what happened. I still get upset when I think about it.

"I am completely in the debt to the nurses at Eastwood. I am sorry they were put in that position. Without them I really believe I wouldn't be here today. I would finally like to thank all of the emergency services who have helped me; paramedics, the police and the NHS staff. I now wish to move on with my life and I am pleased this is over."