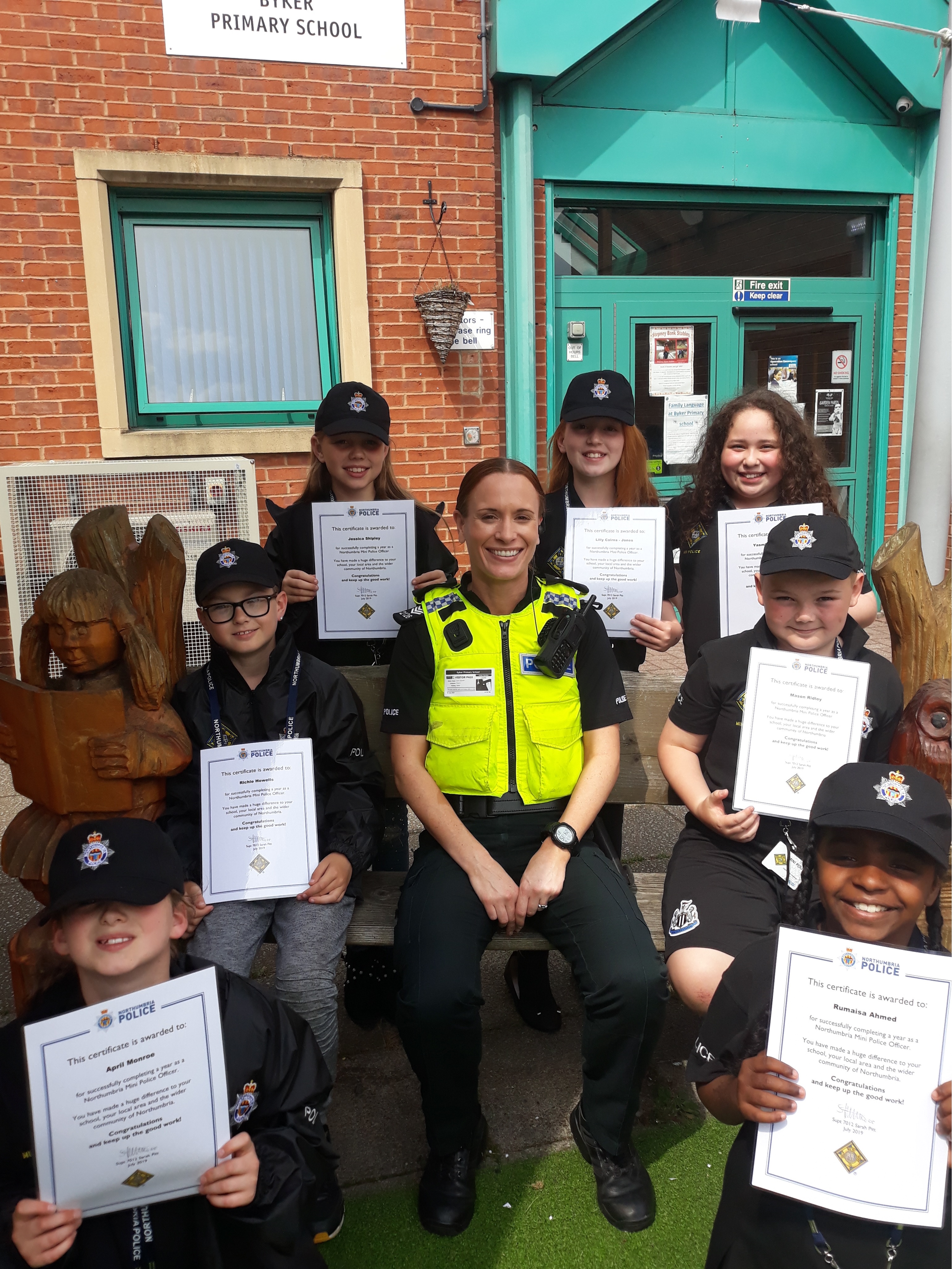 Mini Police praised by officers after first year in the job

Budding cops have been praised by neighbourhood officers after their first year in uniform.

Just over a year ago, pupils from Byker Primary School became some of the first to join the Force’s Mini Police Scheme.

That saw the bushy-tailed recruits handed new uniforms so they could volunteer their own time to support operational policing.

That involves the pupils passing on personal safety tips to other class mates and helping out officers at public events.

Over the last 12 months, they have walked in a Remembrance Parade, been on duty with our police dogs and devised campaign ideas around knife crime and firework safety.

And last month Neighbourhood Sergeant Kate Gentry paid the pupils a visit to hand out certificates celebrating their first year with the Force.

She said: “The Mini Police scheme has been a huge success and these particular pupils were among the first to pull on the uniform.

“They have been a valuable asset in supporting operational policing in Byker and have helped us to engage with the wider community.

“We have been able to break down barriers with police and show other pupils at the school that our officers are friendly and approachable.

“The Mini Police have also delivered some tough messages to their classmates and it is great for children to hear those safety messages from their peers.

“Our Mini Police scheme has gone from strength to strength over the past year and I am delighted that these youngsters have had such a positive impact.”

To find out more about the Mini Police scheme visit the Northumbria Police website.