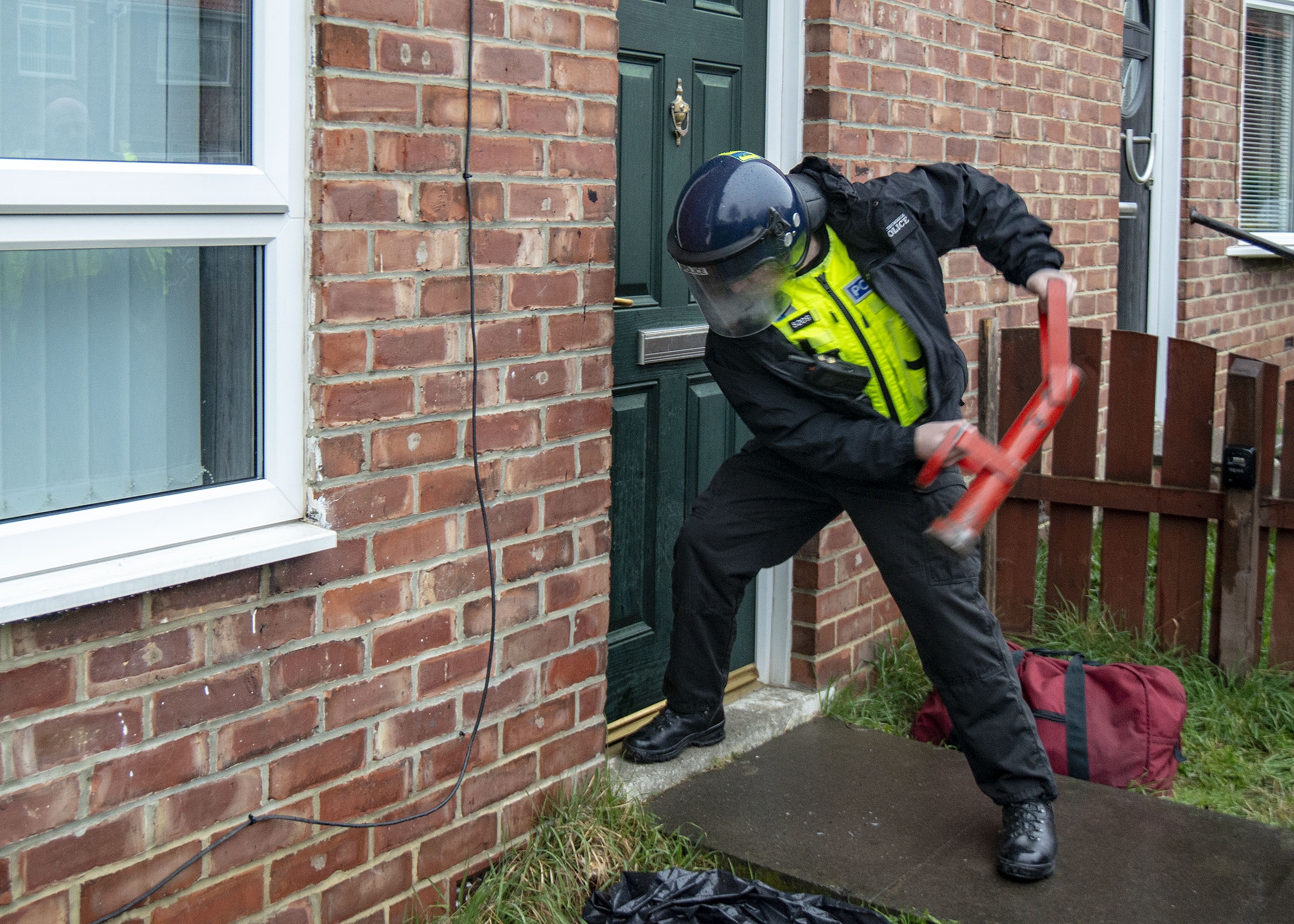 Nine suspected drug dealers are set to appear in court after being arrested in one of the biggest drugs investigations ever seen in our region.

Operation Salvator was launched by Northumbria Police at the beginning of this year in response to concerns about drug activity in Gateshead.

Figures showed that drugs deaths across the borough had nearly tripled to 35 in 2018 from just 12 the previous year.

Over a number of months a team of detectives spent hundreds of hours carrying out surveillance on suspected drug dealers.

And in April this year Northumbria Police pounced into action and carried out four days of raids across Gateshead.

Officers visited 37 different addresses and arrested 34 people in what was dubbed the biggest ever drugs operation carried out by the Force.

During the search warrants police also recovered a haul of drugs, cash and weapons while 13 vehicles believed to be linked to organised crime were seized.

Those arrested were released under investigation and since then police have been piecing together the evidence gathered in the raids.

Today the Force has revealed they have now brought charges against nine men who they suspect of being involved in the supply of Class A drugs.

Superintendent Peter Bent, who oversaw the investigation, said that further charges could still be brought against other suspects.

He said: "We were all deeply concerned by the number of drugs deaths in Gateshead and we were committed to working with the council to do something about it.

"Vulnerable drug addicts were being targeted by predatory dealers across the borough and many of the substances being supplied were not safe.

"We could not stand by and let this offending continue and spent months gathering evidence and planning our operation.

"That work culminated in the biggest ever drugs operation ever to be carried out by Northumbria Police in Gateshead.

"That activity sent a strong message to dealers across the borough that we would be arresting anyone involved in this kind of activity.

"But the work of our detectives did not stop there and they have spent the last four months gathering even more evidence.

"That has resulted in nine people being charged with serious drugs offences and there could still be more charges to come.

"We will continue to target organised criminality through our comprehensive ‘Operation Sentinel‘ approach to keep our communities safe."

The nine men have all been charged with a range of offences, including conspiracy to supply Class A drugs, and will appear before South Tyneside Magistrates' Court on August 20.

Operation Salvator has been conducted alongside Gateshead Council and support services for drug users in the borough.

That work will continue but anyone with information about suspected drug dealing is being asked to contact police.

Councillor Angela Douglas, Chair of Gateshead Community Safety Board, said: “We are extremely concerned about the increase in drug related deaths that we have seen in Gateshead in the last year and are actively working with the police to rid our streets of these harmful drugs.

“Reducing the harm caused by drug use in our communities is one of our key priorities and we will continue to work closely with our partners including the police and treatment service to achieve this.”

You can call the team on 101, email central.intelligence@northumbria.pnn.police.uk or fill in an online reporting form at www.northumbria.police.uk. You can also contact Crimestoppers on 0800 555 111.