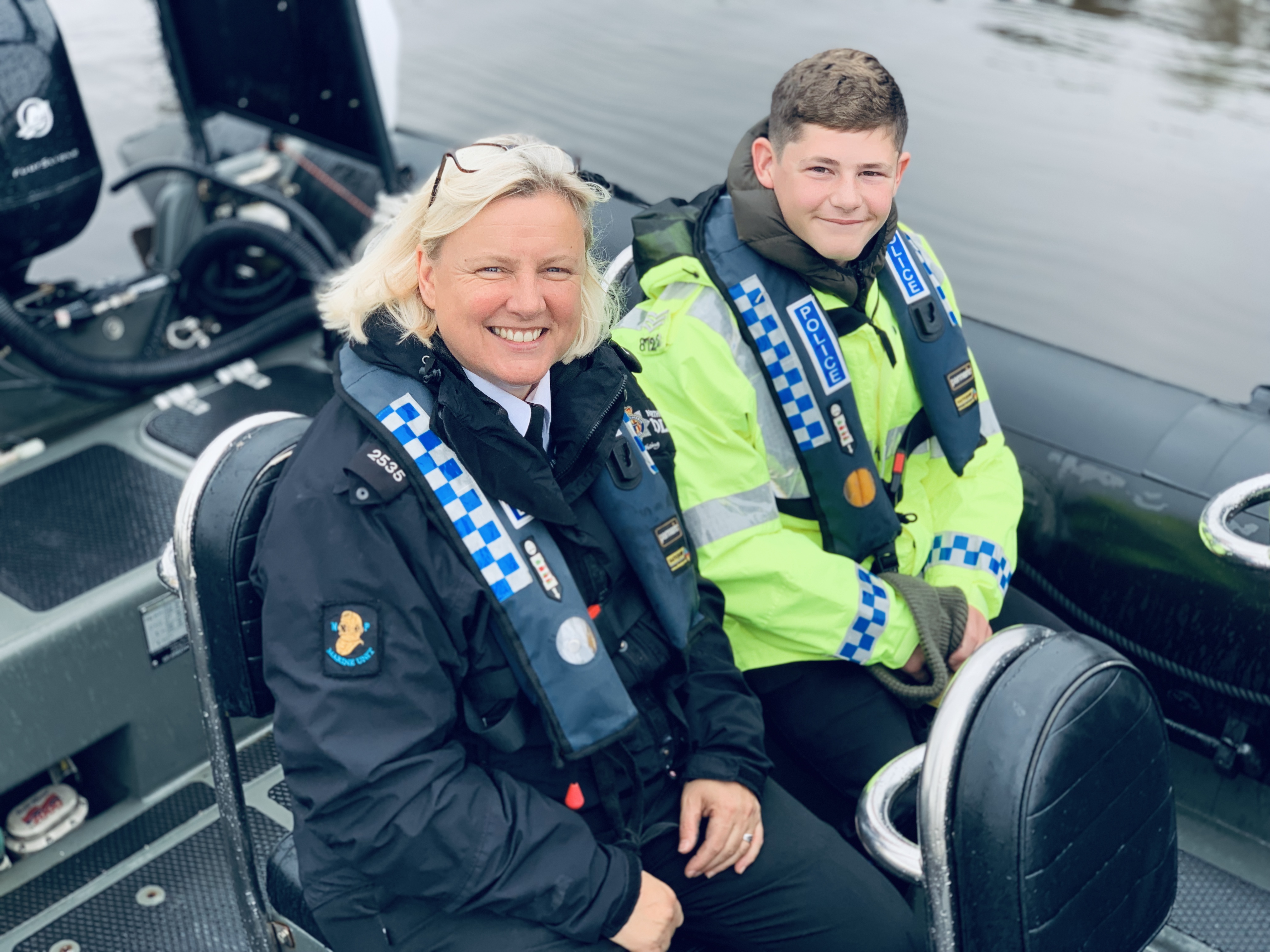 Olly is 14-years-old and is the son of a former Marine and has been a huge fan of Northumbria and Durham Police ever since watching them on the television show ‘Police Interceptors’.

Sadly, Olly recently had his leg amputated due to a rare form of bone cancer, just six years after his mum tragically passed away from the same disease. However, Olly has now completed his chemotherapy treatment and is fighting strong and hard in remission.

DCC Ford said how when she heard about Olly’s story from Northumbria Police Staff she knew the police fan deserved a special day.

She said: “Olly is an amazing young man and an inspiration to everyone he meets. When I heard how much he loved the police and how kind and passionate he was – I knew he deserved a day he wouldn’t forget.

“We knew he was a big fan of ‘Police Interceptors’ and in particular two of the officers Spike and Kev, so getting Durham Constabulary on board was our first step.

“From there we wanted to fill Olly’s visit with as much as possible including riding in a police car, going out with our Marine Unit and meeting some of our furry police pups.

“He is a remarkable young man and it was an honour to meet him.”

Prior to being diagnosed Olly was a promising rugby player and was a member of Whitley Bay Sea Cadets before transferring over to the Royal Marine Cadets to follow in his Dad’s footsteps.

Steve, Olly’s dad, spoke of his pride, he said: “Olly has a new prosthetic leg now and nothing is stopping him, he was kicking rugby balls the same week he got his new leg fitted and was riding a bike in a matter of weeks.

“The day was fantastic and Olly has had such a great time, he’s always loved the police and dreamed of riding in a police car and meeting his heroes – he’s loved every minute.

“I’m so proud of his attitude and determination, he amazes me every day.”

PC Mike Fisher, known on ‘Police Interceptors’ as Spike, said: “Olly is a great young lad and it was a pleasure to meet him and show him around.

“He’s got a great head on his shoulders and a brilliant attitude. He’s so kind and caring – he’s just amazing.”

The family also spends their time raising money and awareness of the disease and despite his diagnosis Olly still attends the Sea Cadets and is regularly seen at the rugby club kicking a ball with his new leg, refusing to let his disability stop him from enjoying life.

Olly said how great it had been to meet the officers he had seen on TV, he said: “I had an amazing day and I’m so thankful to all the officers who helped make the day so special for me.

“I’ve always loved watching the police on TV and being there in person was great- thank you so much.”