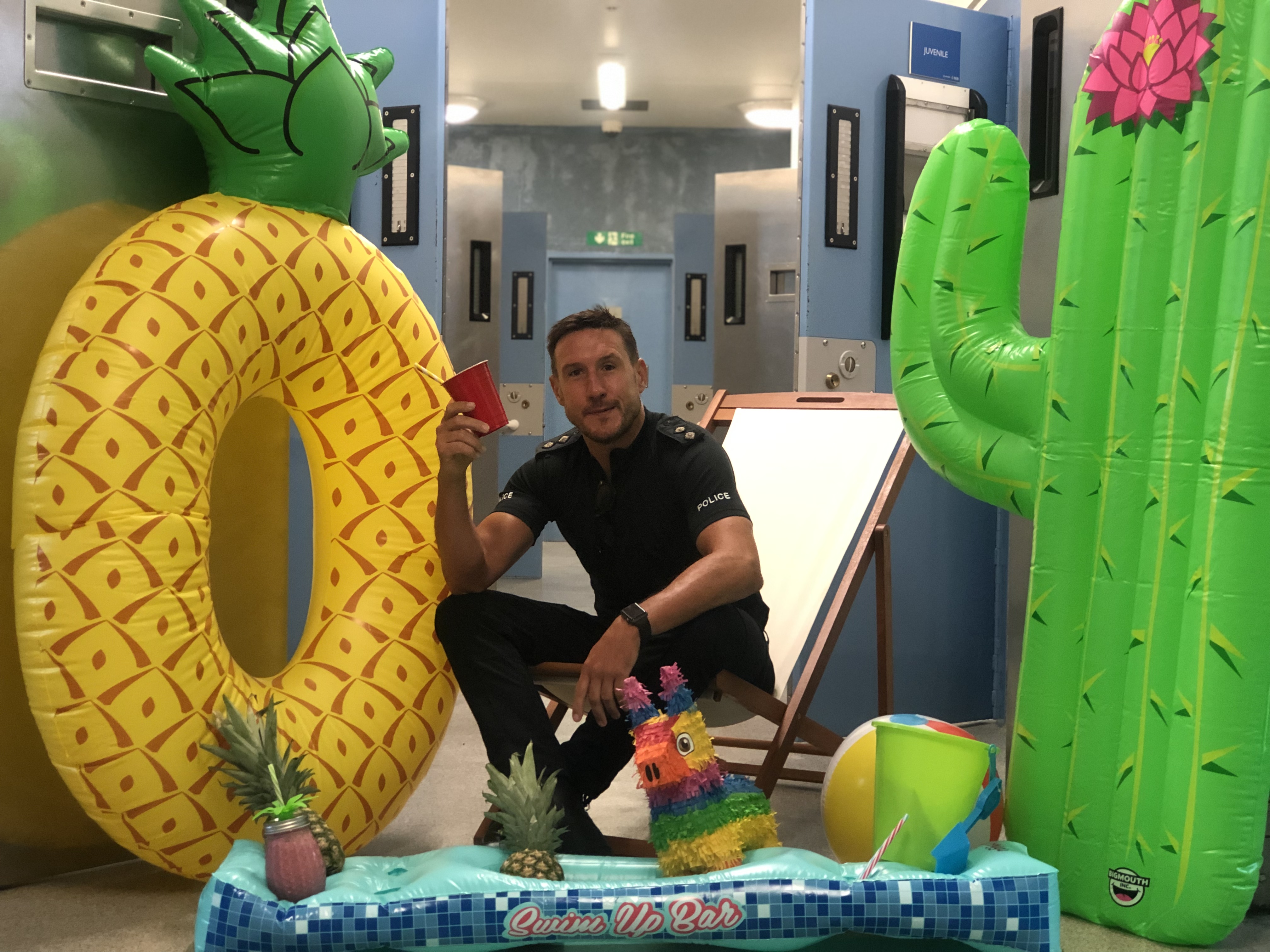 Northumbria Police have invited some of the region’s most wanted to a special kind of beach party – in their custody suite.

The Force has today (Tuesday) appealed for help from the public to trace a number of suspected criminals who have been avoiding police.

Details of eight people wanted by Northumbria Police will be released on their social media channels over the coming days.

They are wanted in relation to a number of offences including burglary, fraud and robbery

And they have been invited to join officers at their very own summer party – complete with an inflatable lilo and a pineapple.

Detective Chief Inspector John Bensley said the campaign had been done in a light-hearted manner but carried a serious message.

He said: “We have had huge success with previous wanted campaigns at Christmas and on Valentine’s Day and this campaign is already seeing similar success.

“Those previous campaigns were done in a light hearted and quirky manner and the posts were viewed millions of times because of that.

“Ultimately, those campaigns have led to the arrest of eight people. Three of those people have already been convicted at court.

“Some of those offenders are now behind bars for those offences and that is because of this campaign and the reaction from the public.

“We don’t want to make light of burglary and assault, they are serious offences and have a profound impact on those unfortunate enough to be a victim.

“But using social media in this way has allowed us to share the faces of people wanted for serious criminal offences to a much wider audience.

“We are not afraid to try something new to bring suspects into custody but we still need help from the public.

“If you have any information about the whereabouts of the people we circulate as part of this campaign then please pick up the phone and contact police.”

The campaign was launched today and Northumbria Police released the details of two suspects currently wanted for outstanding offences.

Anyone who has information about the whereabouts of those circulated as wanted are asked to contact police by calling 101.