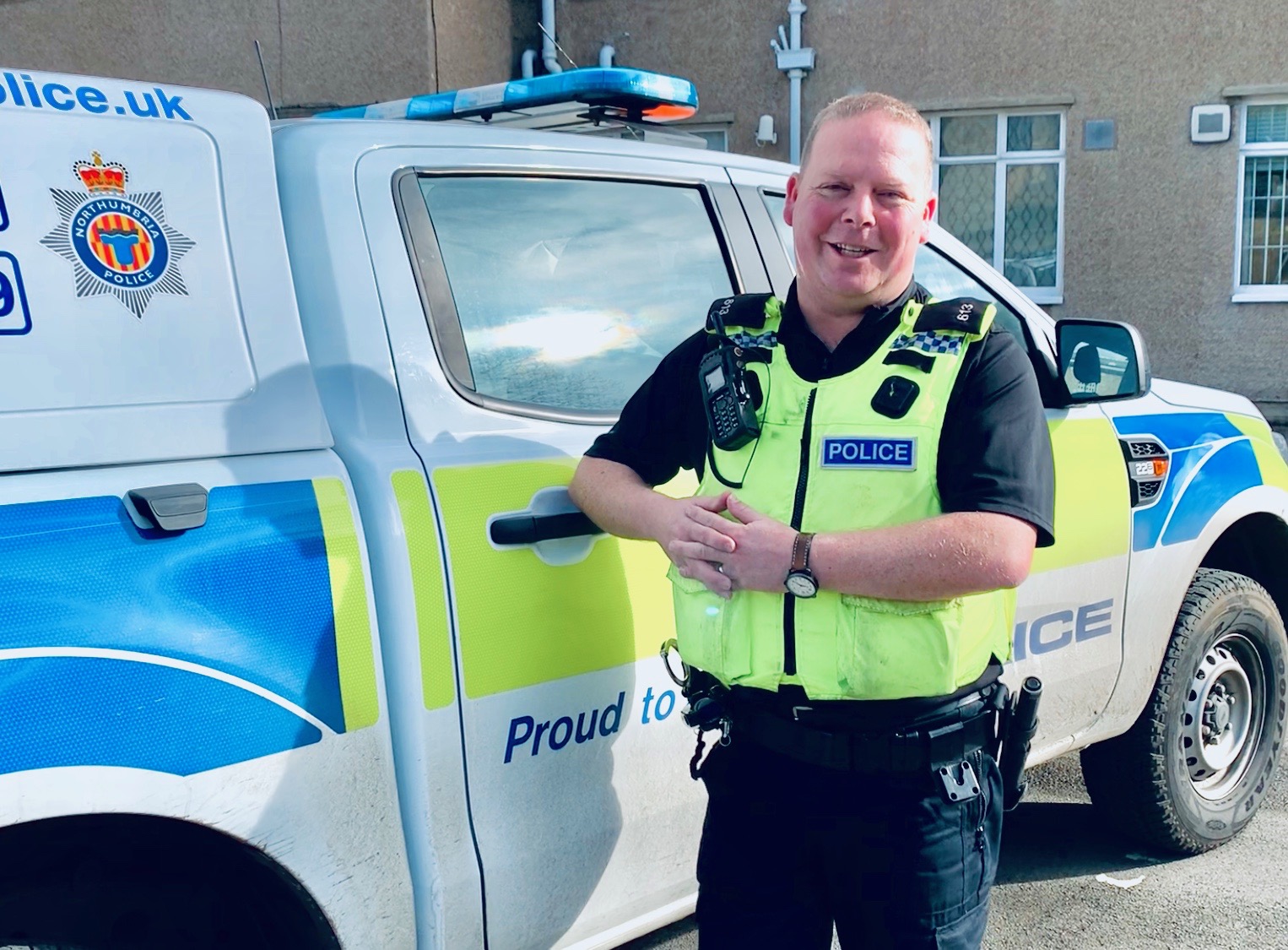 Northumbria Police’s very own “Pet Detective” has today revealed his passion for keeping our countryside safe after starring in last night’s episode of Our Cops in the North.

That was evident when he starred in last night’s episode of the BBC One show ‘Our Cops in the North’.

In the third instalment of the documentary, cameras followed Lee as he investigated poaching crimes and the devastating impact it can have on farmers.

As part of a specialised team, PC Davison is responsible for protecting rural communities against organised criminals who could steal tens of thousands of pounds of machinery.

But he is has also been branded Northumbria Police’s very own “Pet Detective” as his job also sees him protect wildlife including birds of prey, livestock, seals and even dolphins off the coat of Berwick.

PC Davison, said: “These types of crimes can have a huge impact, financially and emotionally on farmers and the public- not to mention the devastating impact on the environment and the countryside we love.

“We also work alongside partners and organisations like RSPCA and Farmwatch to monitor and police issues facing communities.

“Investigating wildlife crime can be anything from illegal hunting and animal cruelty to poaching and theft and is a unique part of my role as an officer.

“I’m no Ace Ventura but I certainly have a soft spot for animals and when cruelty jobs come in across the county it is my responsibility to investigate them.

“We have such a diverse area and the programme last night showed that despite having some very busy city centres, we also have a beautiful countryside and we play an important role in protecting everyone and everything that lives there.”

A typical day for Lee can see him tackling organised crime and thefts of farming machinery worth thousands of pounds to protecting dolphins off the coast of Berwick and investigating shootings of birds of prey.

The good work Lee and his team carry out involves dedicated police operations and initiatives such as Operation Checkpoint which sees surrounding police forces coming together to tackle rural crime, which results in vehicles being stopped and checked, property being seized and summons being issued.

A large part of the work carried out in these operations involves volunteers working alongside officers to safeguard communities and identify suspects.

He said: “We’ve got fantastic relationships with partners which prove incredibly beneficial when carrying out enquiries.

“It is a vast geographical area to police, with rolling hills and fields, and we have a responsibility to those communities and farmers to continue our committed work around policing and protecting livestock.”

“Whether you’re in the far stretches of rural Northumberland or one of our more built up areas, our team is here to support victims and identify suspects - no matter the crime and no matter the place.”

The third episode of the prime-time series ‘Our Cops in the North’ aired last night at 9pm on BBC One and if you missed any episodes you can catch up on BBC IPlayer here: https://www.bbc.co.uk/iplayer/episode/m0006wkx/our-cops-in-the-north-series-1-episode-1