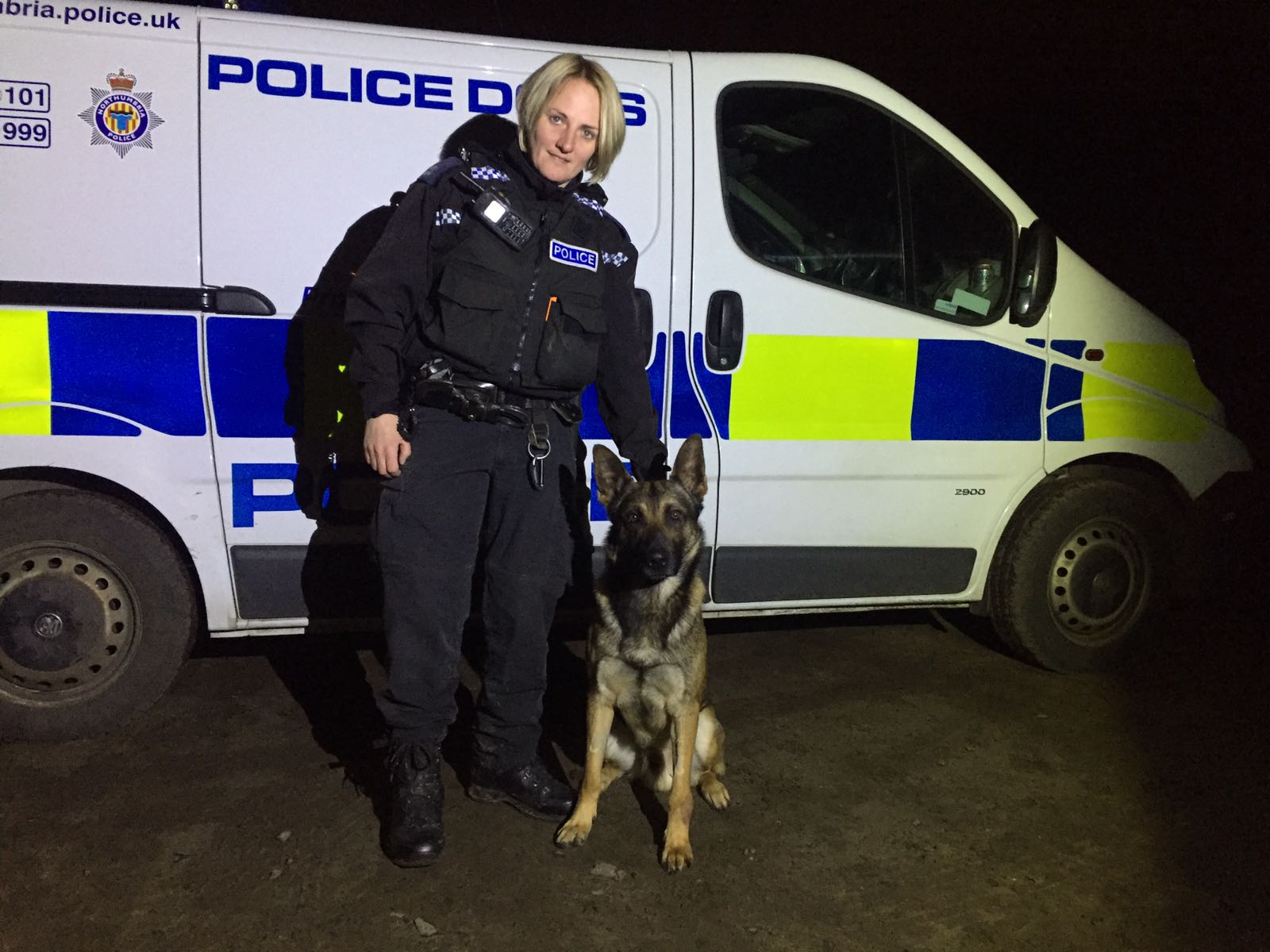 A police dog has been praised after a busy night on duty where he found a vulnerable missing person and a driver who abandoned his car after a collision.

PD Zeeke and his handler PC Vicky Lott have today (Wednesday) been praised by a top cop for their work in supporting front line officers last week.

They had been on night shift when they had their first success at about 8.45pm on Thursday (August 22) in the search for a missing teenager.

Officers had requested their support in the search for a vulnerable 16-year-old boy had left home and threatened to self-harm.

It was believed he was in possession of a knife and concerns for his welfare were growing when PC Lott and Zeeke were deployed to find him in Newcastle.

The five-year-old German Shepherd/Belgian Malinois cross quickly found a scent and within minutes had located the teenager hiding up a tree.

He was helped down by officers and referred to appropriate support services but less than two hours later the pair were back in action.

They were deployed to South Shields where the driver of a car involved in a two vehicle collision at the Tyne Dock roundabout had abandoned his vehicle and fled the scene.

It was once again up to Zeeke to see if he could track down the man after he was deployed in the direction the driver had fled by PC Lott.

He tracked through dense undergrowth before finding the suspect with a broken leg sustained as he tried to climb a metal fence.

Paramedics took the man to hospital and he will be interviewed by officers as part of an investigation into the incident.

But today (Wednesday) a top cop has praised PC Lott and Zeeke for their hard work in supporting front line policing across the region.

Chief Inspector Dave Guthrie said: “Lots of people would have been basking in the sun this weekend and I hope Vicky and Zeeke managed to get some well-earned rest.

“If they had not been deployed at these two incidents then both the vulnerable teenager and the driver of the vehicle in South Shields may not have been located.

“Who knows what would have happened if it were not for Zeeke’s nose and I want to thank them for their hard work and dedication.

“Our Dog Section are a valuable asset to the Force and I am sure they will continue to play an important role in keeping the public safe.”

PC Lott said: “Zeeke just loves to work and as soon as he gets that scent you can see the excitement in him.

“He is probably more excited at the idea that he is going to get his tennis ball at the end of it but he is fantastic at what he does.

“Within minutes he has found a vulnerable teenager and traced the suspect in a hit-and-run so I can’t really ask anymore of him.

“He is a great companion and a fantastic police dog.”