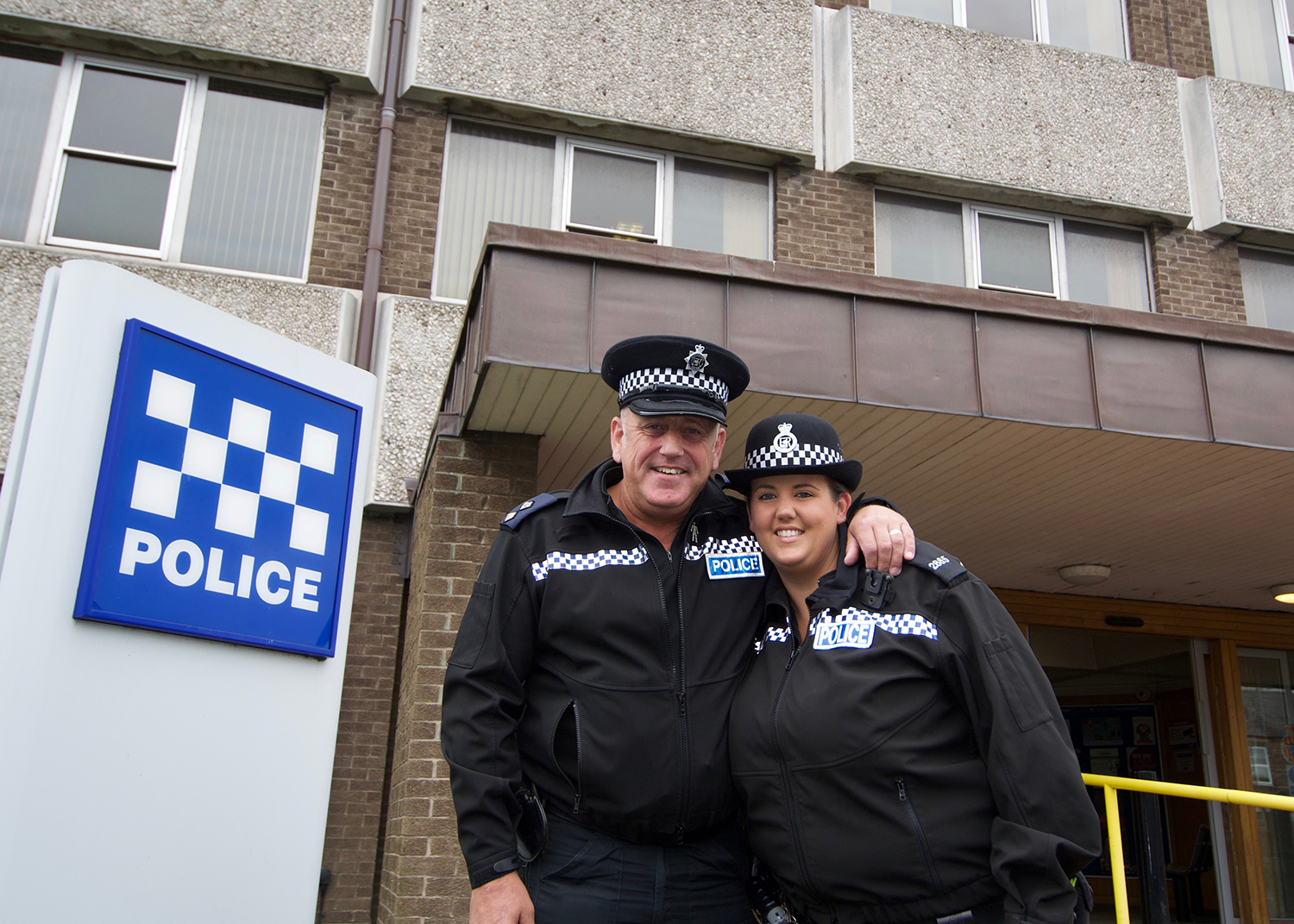 A cop who has spent 30 years fighting crime this week walked the beat for the final time - alongside his daughter who followed in his footsteps to become a police officer.

Inspector Ronnie Lowes hangs up his baton today as he retires three decades after joining Northumbria Police as a teenager in 1989.

During that time he has worked all across the Force area including stints in Byker, Walker, Newcastle city centre and Gateshead.

He has arrested hundreds of criminals, helped secure convictions of some of the region's most hardened criminals and kept residents in his patch safe.

But perhaps his proudest achievement has come during his final day in uniform on Wednesday - as he got to walk the beat with his daughter for the very first time.

Inspired by his father's career in uniform, Sam Lowes had joined Northumbria Police when she was 19-years-old back in 2009.

She was assigned to his old stomping ground in Byker but the pair had never worked together during the nine years they shared on the Force.

On Wednesday they were able to walk the beat together for the first time and Ronnie has now said it was the perfect way to finish his career.

The father-of-two and grandfather-of-two said: "I've loved being a police officer and it is going to be very strange to not do it anymore as it is everything I have ever known.

"Don't get me wrong, I am going to enjoy my retirement but there's nothing quite like getting a positive result for a victim of crime or putting a dangerous criminal behind bars.

"You join the job because you want to make a difference and I would like to think that over the past 30 years I have had a positive impact in the place I've worked.

"Perhaps my biggest achievement is the influence I have had on Sam because it makes me so proud to see her following in my footsteps.

"She is a fantastic police officer and to be able to walk my old Byker patch with her on my last day was a perfect send-off and something I will cherish for the rest of my life.

"I have literally passed the baton on to her now and I hope she can enjoy her time at Northumbria Police as much as I have.

"They say that policing is like one big family so even though I'm retiring from the Force there are going to be plenty of people looking out for her."

Sam currently works as a Police Constable in the Newcastle East Neighbourhood Policing Team and patrols across Walker and Byker.

It is the same patch that her dad worked for nearly 20 years and she says she has always viewed him as a role model.

The 29-year-old said: "It is a bit surreal that I am walking the same beat that my dad did and I know I've had big shoes to fill.

"I have pictures of the two of us when I was a baby with him in his police uniform and I think growing up around that did make me want to become a police officer.

"My dad has always been there for advice during my career but I've been doing this for nearly a decade now and I am so proud to be working his old patch.

"It is probably a good thing that we never worked together as we would be at each other's throats but it was nice to finally go on patrol together.

"I am really proud of everything he has achieved and he has been a fantastic role model for me during my career and I know he will still be there if I need any advice."

Ronnie joined Northumbria Police as a 24-year-old in 1989 and was first stationed in North Shields where he worked as a response officer for six years.

He then worked Newcastle city centre as a beat officer before passing his detective course and becoming a part of Central CID at Market Street Police Station.

Ronnie was promoted to Sergeant in 2004 and worked in Byker and Gosforth before earning another promotion in 2007.

The rest of his career saw him work in CID, neighbourhoods and response police across Newcastle before finishing his career as the Neighbourhood Inspector in Whickham.

Chief Constable Winton Keenen met with Ronnie on his final day in the job and praised him for his service to Northumbria Police over the last 30 years.

He said: “Ronnie has dedicated most of his life to Northumbria Police and he is definitely going to be a loss to the organisation.

“He is a great character to have around the station and I know he will be widely missed by his colleagues both past and present.

“It is wonderful that he has been able to work his final shift alongside his daughter and I hope it is a memory they will cherish.”

If you are interested in a career with Northumbria Police then visit the careers section of the Force’s website.