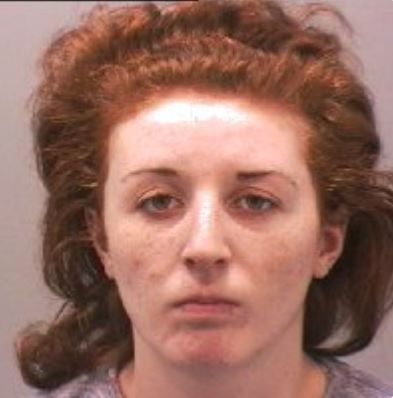 A predatory burglar who preyed on vulnerable pensioners to feed her cocaine addiction has been convicted at court.

Louise Turnbull admitted the raids on four homes across Gateshead after being snared by Northumbria Police's team of burglar hunters.

A court heard how the 23-year-old committed the first burglary last September when she targeted the home of an elderly woman who she knew.

The thief talked her way into the 83-year-old's Leam Lane home before spending an hour rifling through her belongings in search of money.

She eventually made off with details from the pensioner's bank card and a mobile phone belonging to her son, who Turnbull also knew.

But she was not satisfied by her haul and the very next day the thief targeted the home of a 62-year-old disabled man who used to be her neighbour.

Again Turnbull talked her way into the address before taking the man's wallet from a shelf. He grabbed it back and asked her to leave his home.

She was arrested by police and released on bail, but over the coming weeks she was again accused of talking her way into the homes of pensioners across Gateshead in a bid to steal cash.

Turnbull's last offence took place in December last year when she turned up on the doorstep of an 84-year-old man's address in floods of tears.

The kind-hearted pensioner invited her in after she told him how she had been thrown out by her boyfriend, but the cocaine addict instead stole £40 from his wallet.

Turnbull, of Foster Drive, Gateshead, was again arrested by police and later charged with a string of burglaries stretching over a three-month period.

She admitted five counts of burglary and was sent to prison on remand to await a sentencing hearing at Newcastle Crown Court.

Now she has been handed a two year sentence, suspended for two years, after a judge heard she had committed the offences to feed her drug addiction.

Following the case, the investigating officer condemned Turnbull’s actions and said she had preyed on the most vulnerable people in society.

"She has avoided prison as she has no previous criminal convictions, but make no mistake about it, her manner of offending was despicable.

"Her motive was to target elderly or disabled people who she could easily confuse, take advantage of and talk her way in to their homes.

"Once inside she would take any opportunity she could to steal from them and this offending went on over a number of months.

"She claimed to have been driven to offending to feed a drug addiction and I hope this conviction can get her the help she needs for her problem.

"Turnbull is very lucky not to have received an immediate custodial sentence but if she offends again we will make sure she is put behind bars."

Turnbull was sentenced on Friday (August 9) and told she must attend a rehabilitation course as part of her suspended sentence.

The thief was also handed a six-month night time curfew, ordered to carry out 200 hours of unpaid work and made to pay a victim surcharge of £140.

DC Saunders is part of the Central Burglary Team, a team of dedicated burglar hunters who analyse every incident that takes place across Newcastle and Gateshead.