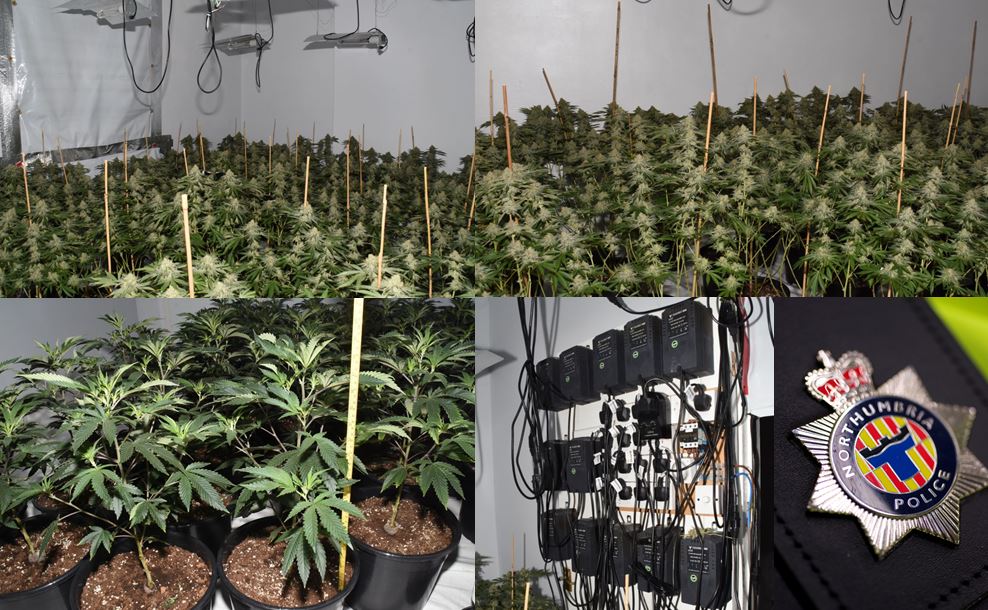 'The public are our eyes and ears': Police thank eagle-eyed resident whose tip-off led to £250,000 cannabis farm discovery

The sophisticated operation in South Shields is believed to have had a street value of up to £250,000

Police have thanked the public after a tip-off led officers to a £250,000 cannabis farm.

On Thursday afternoon (August 1), police were on patrol near Chichester Metro station when a member of the public approached officers.

Upon attending the address, police discovered a sophisticated cannabis operation involving approximately 350 plants growing inside the house. The electric had been by-passed inside the address.

The plants, thought to have a street value of up to £250,000, were seized and have since been destroyed. Enquiries are ongoing to trace the owner.

Sergeant Craig Sherriff, of Northumbria Police, said: “This discovery of a large-scale criminal operation was possible because a member of the public noticed something suspicious and contacted police.

“They absolutely did the right thing – the public are our eyes and ears, and we have now taken action to prevent criminals from making any further financial gain from this property.

“These operations are often sophisticated in nature and can have links to organised crime. It’s therefore imperative that we find these illegal drugs, destroy them and ensure they are taken off the streets of South Tyneside.

“They are also potentially fatal for those who live in neighbouring properties. The electric had been bypassed at the address, which could have caused a fire and led to devastating consequences.

“Imagine living next door to a potential death trap – it’s a frightening thought, and that’s why we make no apology for our zero-tolerance stance on this kind of criminality.

“We would always encourage anybody who believes somebody is using a property for this purpose to contact police.”