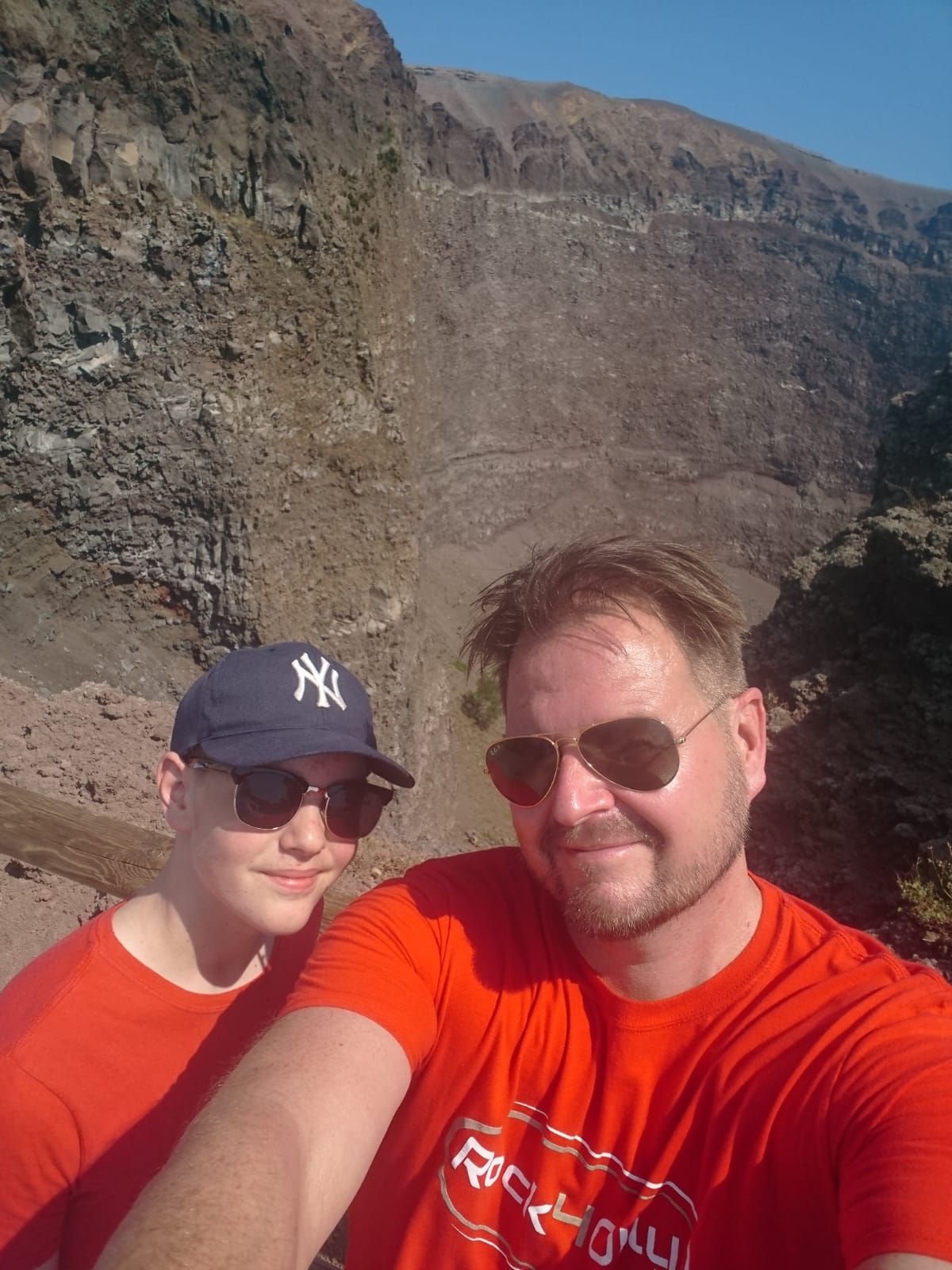 One of our officers has been showing his support for a North Tyneside teenager who lost his leg in a brave battle against cancer.

Detective Superintendent Mick Paterson has been following the story of Oliver Liddle ever since he was diagnosed with a rare form of bone cancer in early 2018.

Olly, 14, played rugby with Mick’s son before his cancer treatment left doctors with no option but to amputate his right leg.

It was devastating for the teenager and his father just six years after they had lost Olly’s mother from the same disease.

Earlier this year officers across the Force got behind a fundraising campaign dubbed ‘Rock4Olly’ to help raise funds for the teenager’s rehabilitation and future care.

Thankfully Olly is fighting strong and hard in remission and now has dreams to become a Paralympian.

But the family continue to raise money for cancer charities in the hope that one day they can find a cure for the disease.

And Mick has now revealed his family are always on the fundraising trail – as they try and get a picture wearing their ‘Rock4Olly’ t-shirts across the world.

Last week during a family holiday to Italy, Mick and his son climbed Mount Vesuvius to get a snap in their t-shirts at the summit.

Mick, who is currently the acting Head of Crime, said: “We know Olly and know what both he and his family have been through in recent years.

“He is a very brave young man and an inspiration to lots of people who are fighting cancer both in our region and across the country – we are so proud of what he has achieved.

“Olly and his family have raised lots of money for charity and we wanted to do our bit as well so are trying to wear the ‘Rock4Olly’ t-shirts in as many locations as possible.

“We have got pictures in 32 countries so far and we hope it raises a bit of awareness about Olly’s story so it can inspire other people facing similar adversity.”

Earlier this year Olly was invited for an access-all-areas tour of Northumbria Police by Deputy Chief Constable Debbie Ford.

Both he and his father Steve were shown round the Marine Unit at Viking Park in Jarrow and taken out on one of their specialist ribs.

Last November the neighbourhood policing team in Whitley Bay also did their bit for Olly’s campaign by riding a static bike for 24 hours straight.

If you would like to donate money to Rock4Olly please visit: https://www.goldengiving.com/w/rock4olly