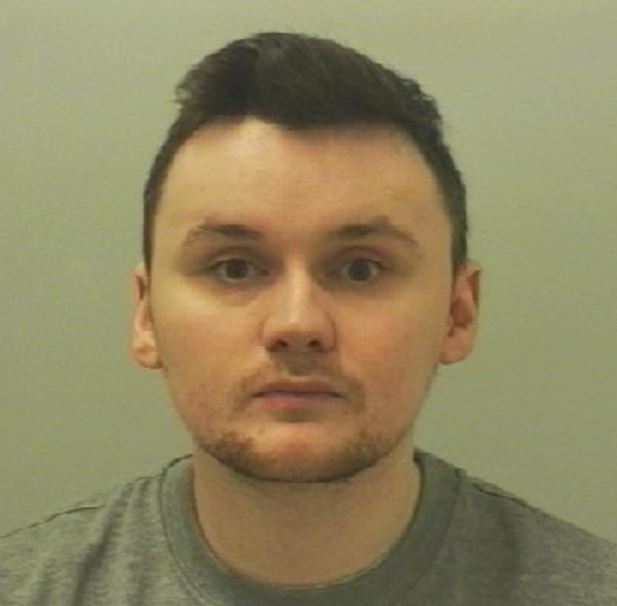 A convicted paedophile will now spend Christmas in jail after his suspended sentence was appealed.

Frazer Smiles, 25, initially appeared at Newcastle Crown Court on October 25, where he pleaded guilty to eight counts of inciting sexual activity on a child.

The victim was only 13 when she was befriended and groomed by Smiles, and at the age of 18 she was brave enough to report her abuse and help convict her abuser.

Smiles, from Berwick, was initially sentenced to two years suspended for two years however, following an appeal last Thursday (December 19), Smiles will now spend his Christmas behind bars after he was handed three years and six months in prison.

The case was referred to the Attorney General’s office by Northumbria Police and the Crown Prosecution Service who agreed the sentence was unduly lenient and who in turn referred it to the court of appeal.

Detective Constable Anthony Murray, the leading officer on the investigation, praised the victim and hopes this appeal sends a strong message to potential offenders and other victims.

He said: "Firstly, I want to again thank the victim for her bravery during this incredibly difficult time. She has shown incredible strength time and time again during this process.

“I hope with her bravery, along with the fight to appeal his sentence, shows other victims that support is there and people are here to help you get justice for any crime you are a victim of.

“I would encourage anyone who has been a victim of any form of abuse to come forward and report it to someone they trust. There is support for you and we can help put more offenders like Smiles behind bars.

“This appeal should also send a firm message to potential offenders – along with partners we will pursue justice to every corner of the criminal justice system to ensure justice for victims and so we can continue to keep the public and communities safe.”

Smiles will also be on the sex offenders register indefinitely upon his release.

Anyone who has been victim of rape, sexual assault or abuse is asked to contact police on 101 or report via the reporting incident form on the Northumbria Police website.

To contact the 24/7 Crisis Helpline contact 03333448283 or find out more about our Sexual Assault Referral Centre by searching ‘REACH SARC’ online.

Victims can also contact Victims First Northumbria who will give independent advice and support.