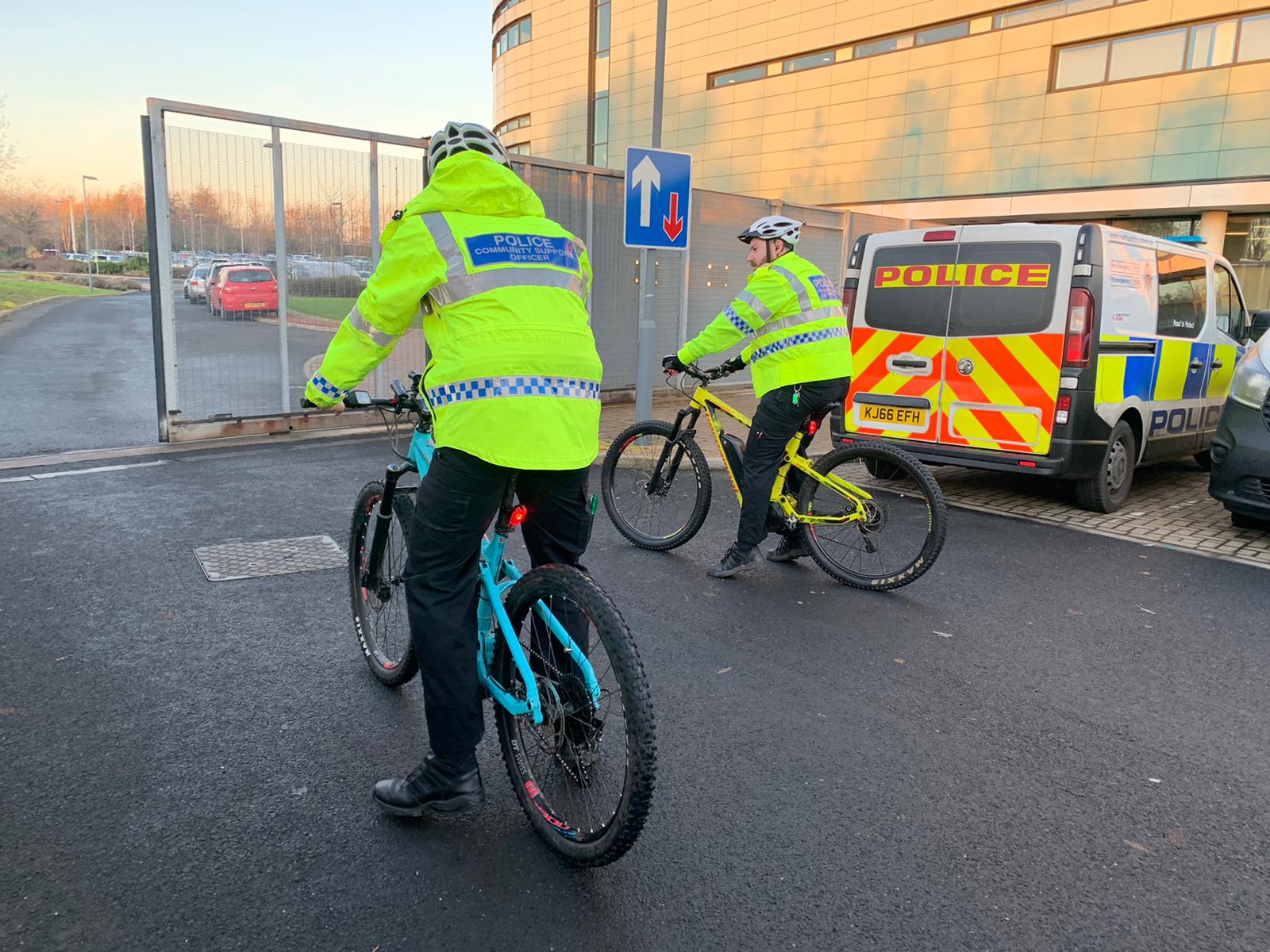 Your local bobby on the beat is taking to two wheels to protect the public and the planet – as police trial state-of-the-art electric bikes.

Officers in North Tyneside are taking to the streets on top of the range electric mountain bikes as part of a 30 day trial.

The bikes will help the cops to vastly increase the mileage that they can cover on a tour of duty and allows them to go off the beaten track where vehicles don’t have access.

Last week the officers had their first day out on the beat with the new e-bikes, they managed to cover a staggering 41km in just over three hours.

With the help of these speedy, eco-friendly bikes the cops attended a number incidents covering Wallsend, Holywell and Killingworth.

One incident in particular involved a vulnerable person who was reported missing, the officers were able to search footpaths and waggon ways that were inaccessible to cars to gather intelligence.

As well as being a nifty means to search inaccessible areas, the bikes are helping to reduce the carbon footprint of the cops on duty and also benefit their mental health and wellbeing with exercise.

Inspector Mark Storey have welcomed the new bikes and stressed they will be used by neighbourhood officers who would patrol on foot who are not responsible for responding to emergency calls.

He said “It’s been fantastic having the e-bikes to use on patrol, the distance that we are able to cover is almost three times more than what we would be able to do cover on a normal bike.

“Not only are the bikes great from a practical point of view, they are great for the physical and mental health of our officers and really helps their wellbeing. It also reduces our carbon foot print which is great.

“The team loved using the bikes and have already started off some fun competitions during the trial. These include most miles covered, best job attended and muddiest officer!”

Don’t forget to say hello if you see our cops out and about across North Tyneside on the e-bikes this festive season!

The e-bikes have been supplied to the neighbourhood team by Tynemouth-based business Ride Electric.