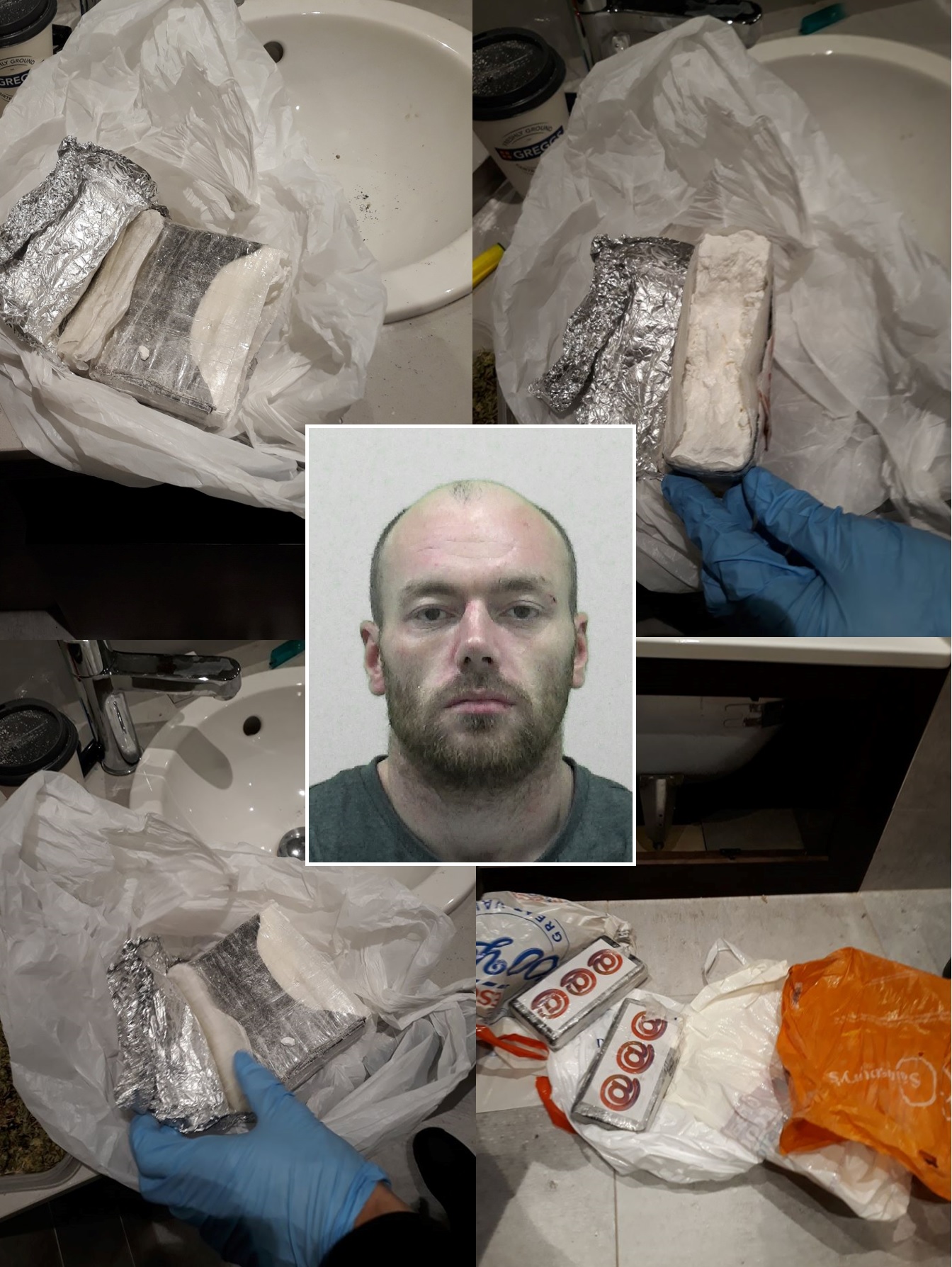 Bungling thief jailed after stealing £130,000 of cocaine from organised criminals and stashing it behind a bath panel

A bungling thief who stole £130,000 of cocaine from organised criminals is behind bars - after police located his loot stashed behind a bath panel.

Lee Keenan, 32, has been sentenced to four-and-a-half years behind bars after officers found him hiding out in a Newcastle hotel room.

A court was told how the drug addict had stolen a rucksack from a criminal gang that he believed contained drugs.

The bag contained a massive 2.5kg of cocaine with a street value of approximately £130,000 and Keenan quickly realised he had made a mistake.

Organised criminals tried to track him down and before long armed men had threatened his mother and beaten up the father of a female he was in the company of.

That led to calls to police and officers soon located Keenan hiding out at The County Hotel on Neville Street in Newcastle city centre on September 18 this year.

When officers smashed through the door of the hotel room, they found him cutting up the drugs to sell on for more money.

Keenan, of no fixed address, later admitted more than 2kg of cocaine was also stashed behind the bath panel of the hotel room’s en suite.

He was arrested and later charged with possession of a class A drug with intent to supply. On Friday (December 20) Keenan was jailed for four-and-a-half years.

He said: “The judge in this case said that Lee Keenan had bitten off more than he could chew and that he was playing with fire.

“It would have been terrifying for them to have armed men turning up at their house and Keenan has shown no consideration for their safety.

“He is not a major criminal but his intentions were to sell those drugs and he deserves to be serving a lengthy stint behind bars.

“Under the banner of Operation Sentinel we will continue to work hard to tackle organised crime and take illegal substances off the street.

“We will also look to target organised groups who use violence and intimidation to create fear in our local communities.

“In recent months and years we have worked hard to force these groups out of Newcastle city centre and those efforts will continue.

“The North East remains one of the safest regions in the entire country and we need the public to continue to work with us to keep our local communities safe.”

Keenan, who has 91 previous offences on his record, had admitted possessing cocaine with intent to supply and possessing cannabis at Newcastle Crown Court on October 18.

Anyone with information about drug dealing or suspected criminal activity is encouraged to contact police on 101 or report online at the Northumbria Police website.