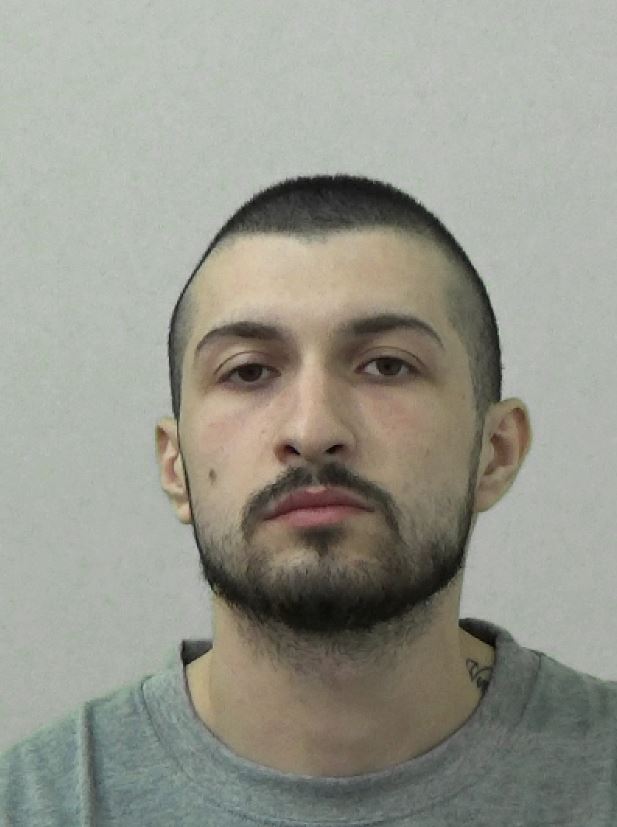 A controlling and abusive father has today been jailed for life after he stabbed to death his three-week-old son and left his partner to die in a pool of her own blood.

Denis Beytula, 27, has been sentenced to life with a minimum of 23 years behind bars after the violent attack on his own family on October 1.

A court was told how he stabbed his three-week-old son Andrei two times in the torso before turning the knife on his fiancée Andreea Steffan and stabbing her six times.

A badly injured Andreea, 21, was able to dial 999 and ask for help and emergency services were deployed to the address the couple shared on Portland Close in Wallsend.

Beytula called police seconds later to tell them he had “killed my wife and baby”. Officers soon arrived on scene and he was arrested outside the address.

The first officers on the scene were then left to deliver emergency CPR to little Andrei while also trying to stem the bleeding from Andreea’s wounds.

Both victims were rushed to hospital but despite the heroic efforts of medical staff at the RVI, Andrei sadly did not survive and died four days later.

Doctors were able to save Andreea’s life and she was given the chance to hold her son in her arms one last time before he took his last breath.

Beytula was charged with murder and attempted murder and pleaded guilty at Newcastle Crown Court on October 31.

And today (Thursday) Andreea bravely watched on from the public gallery as the violent killer was jailed for life with a minimum of 23 years behind bars.

Detective Inspector Graeme Dodds, of Northumbria Police’s Homicide and Major Investigation Team, has now praised the bravery shown by Andreea and her family.

He said: “I have no hesitation when I say that Denis Beytula is an evil man who has no respect for the two people he was supposed to love and care for.

“His actions were motivated by jealousy of his own three-week-old son, who he saw as a rival for the affections of his partner.

“I cannot comprehend how a person can take the life of a newborn baby and that makes him the most dangerous offender I have ever had to deal with.

“What makes it even more monstrous is that he has continued to show no remorse for what he has done.

“But I am glad that he will now spend a long time behind bars and will now lose grip of the control he had over the woman he claimed to love.

“I know his sentence will come as little comfort to Andreea who will carry the physical and emotional scars of the attack with her forever.

“But I want to take this opportunity to say how proud we are of her for the strength and resilience she has shown throughout this investigation.

“We hope that today can bring her some closure and that she can begin to find herself again now that Denis Beytula is behind bars.”

During the sentencing hearing, the court was told how Beytula had emotionally and physically abused Andreea throughout a coercive 11-month relationship.

That controlling behaviour only got worse and Beytula would stop Andreea socialising, forced her to delete social media and threatened to kill himself if she left him.

Andreea fell pregnant in early 2019 but his coercive behaviour continued throughout the pregnancy and worsened when he had been drinking.

Little Andrei was born on September 11 and in the days after the birth Beytula even made comments that he would kill his baby if he “could not be a good father”.

The court was told how he became consumed by the idea that Andreea wanted to leave him and would take the baby back to their native Romania.

He became jealous of the attention Andreea was giving to their child and it was this growin anger that led to the violent attack in October.

Det Insp Dodds added: “Beytula’s relationship with Andreea was relatively short but he was still able to create a coercive environment from which she felt she could never escape.

“The way he treated her throughout that relationship is disgusting and even throughout her pregnancy he continued to abuse and disrespect her.

“He controlled her, isolated her and made her feel like she had no option but to try to make the best of the situation she was in.

“When he felt like he was losing control he turned to violence and committed the most violent and heinous crime I have ever had to investigate.

“I want to take this opportunity to reach out to any other person who may be in the same situation as Andreea.

“If you are suffering in silence then please speak to someone you trust or to the police. We can provide advice, support and find you a way out.”

If you have been a victim of domestic abuse, contact police on 101, or 999 in an emergency, or visit the ‘Tell us Something’ pages of our website.

For more information about domestic abuse advice search Northumbria Police online. All our webpages have a 'hide page' function and there is guidance on deleting your internet history.