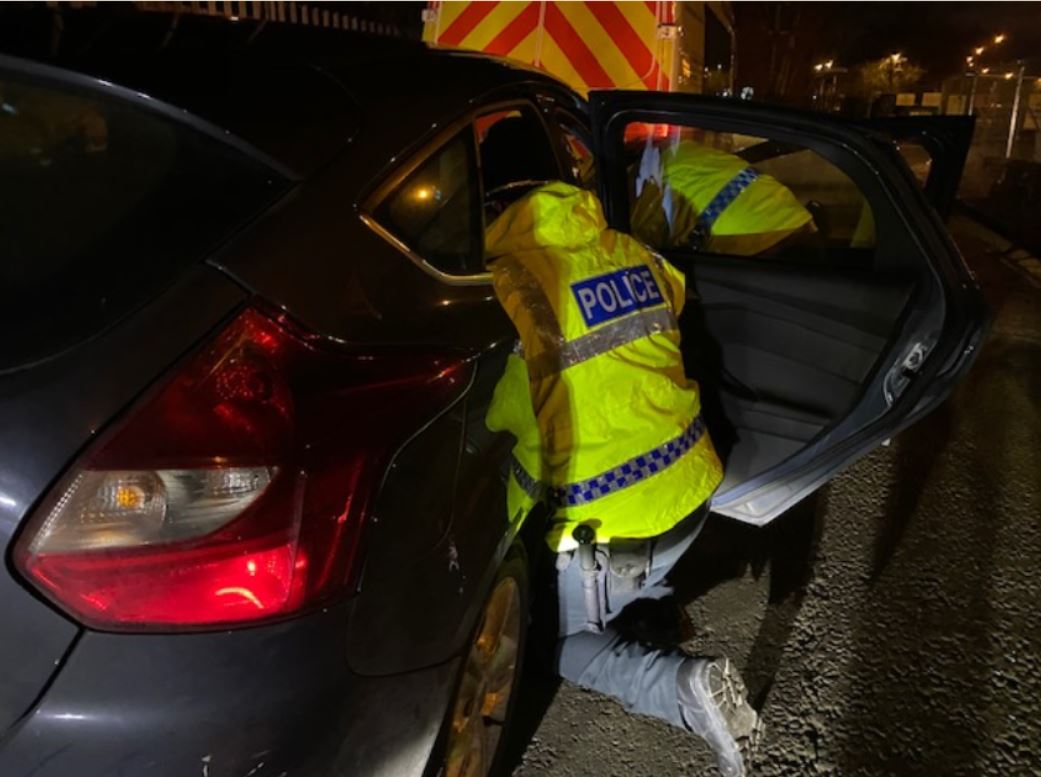 Dedicated volunteers who gave up their own free time to run a police road safety operation have stopped more than 100 vehicles.

More than 30 Special Constables have spent the days before Christmas running the campaign to take action against drivers who flout the law.

The volunteers were armed with a speed gun, breathalyser and drug testing kits in a bid to crack down on those driving while under the influence and driving dangerously on our roads.

And now officers have revealed that a total of 115 vehicles were stopped, one suspected stolen vehicle was recovered and two people were arrested.

PC Dan McGarrie oversaw the operation and has thanked all those who volunteered for "keeping the public safe".

He said: "Weekends of action such as this one show just how important a role the Special Constabulary play in supporting our officers and I’m really proud of the work they do.

"It was just a few days before Christmas but these officers gave up a warm night indoors with their families to help keep communities and our roads safe.

"All of our Specials volunteer their own time to keep our communities safe and many of them are at university or in full-time employment.

"It is through their desire to protect the public that they come into the station at a weekend and run an operation such as this one.

"This operation has been a fantastic success with some great results, and I want to thank those who gave up their time and worked extremely hard during this operation to ensure its success.

“They really are a credit to themselves and to the people they serve."

If you suspect that someone is breaking the rules of the road then please contact us on 101 or using our online contact form at our website www.northumbria.police.uk.