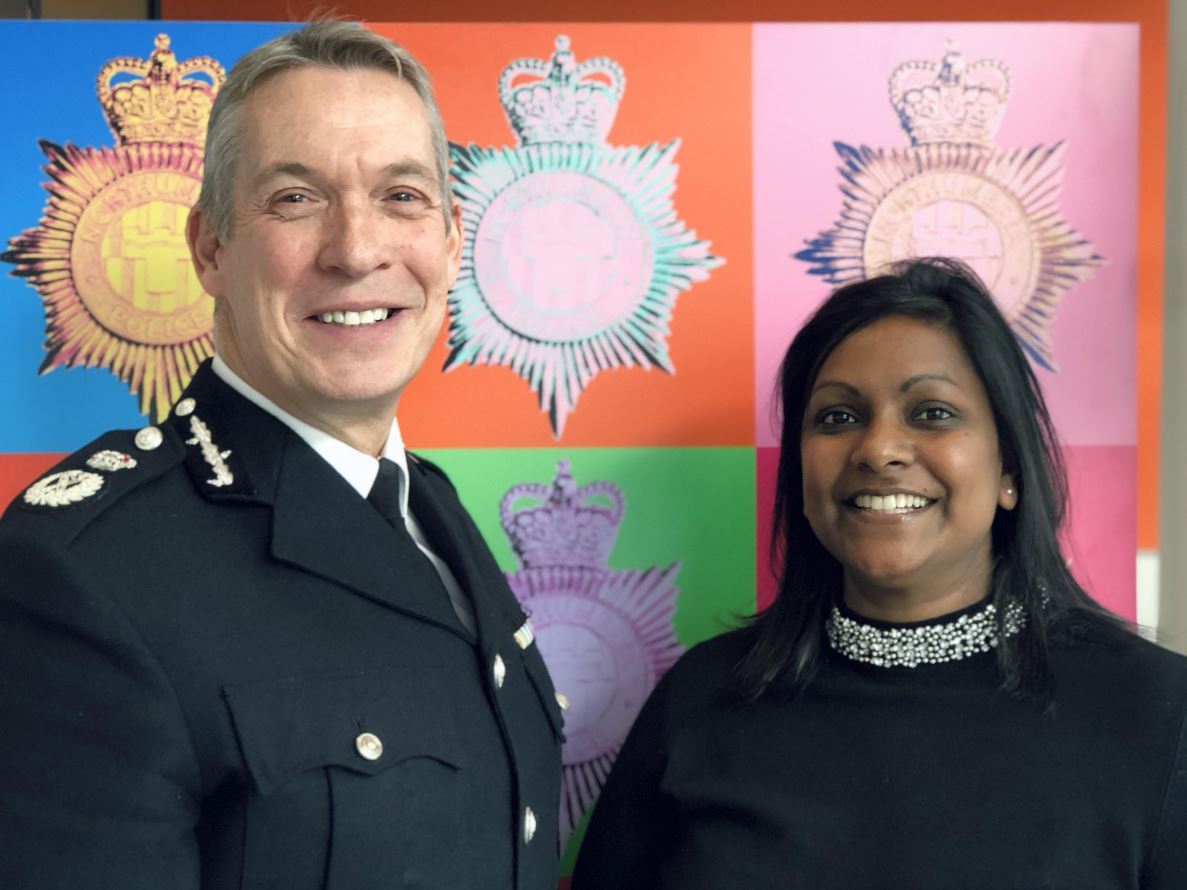 The passion and dedication of an inspector to ensure Northumbria Police is more representative of the diverse communities we serve has been recognised at a glitzy awards ceremony.

Zoë Hingston has been the driving force behind recruiting more candidates from Black, Asian and Minority Ethnic (BAME) communities in the past year.

And she was humbled to be recognised at the 2019 Chronicle Champion Awards recently, taking home the Emergency Services Champion Award.

The Inspector, who grew up in the North East, studied law and languages at university before spending a year at a law firm in Germany.

After previously pursuing a career path of a Solicitor, she turned to policing, joining Northumbria Police in 2006 working in the west end of Newcastle.

After serving her time working in different areas on response, as a neighbourhood beat cop and working in custody, Zoë climbed the ranks to become temporarily promoted to Inspector and last August became the Force’s Positive Action Team lead.

She has revolutionised our approach to attracting and supporting remarkable Black, Asian and Minority Ethnic job applicants.

Under her guidance and encouragement, we have appointed our first hijab wearing officer and a BAME mother and son duo amongst many others. Overall she has helped considerably increase the number of BAME officers, with more due to start next year after completing their training. She has also swelled the number of BAME police support staff and volunteers.

Discussing the importance of the work of the Positive Action Team, she said: “A lot of officers and staff growing up had links to the Force, maybe their mum, their uncle, grandad, friend or a neighbour was an officer. They knew someone that they could talk to about joining, about what it’s like, someone to encourage them.

“For me, I didn’t have anyone like that and a lot of the people I’m supporting don’t either so it’s difficult for some to know exactly what we do and the plethora of roles we can offer within Northumbria. I’m being that person for them as are the Positive Action Team and I’m hoping this will create a new legacy.”

Explaining her role, she added: “This isn’t about creating posts for people from BAME backgrounds or picking them over other candidates, it’s about encouraging good people to apply, and making it known that there is a place for BAME applicants at Northumbria Police. This is a fair opportunity.”

And humbled to be this year’s Emergency Services Champion, Insp Hingston said: “I’m very proud of the work that’s being done. The success of the Force’s Positive Action Team is due to more than just me, there’s a great team behind it.

“The award means a lot and I hope to keep attracting stellar BAME applicants to Northumbria Police.”

“Zoë is an amazing driving force in helping us to increase the number of candidates we have welcomed into the policing family from BAME communities.

“I am delighted these efforts are not only being recognised within her own organisation but also by those outside of Northumbria Police – and she fully deserves the accolades she is receiving.

“While we have made great strides in attracting people from underrepresented communities to the Force, we know there is still more we can do. However, I have no doubt whatsoever that while we have people like Zoë and the fantastic team she works with pushing us forward we will continue to reach out to even more people and highlight the rewarding career which awaits by joining us.”