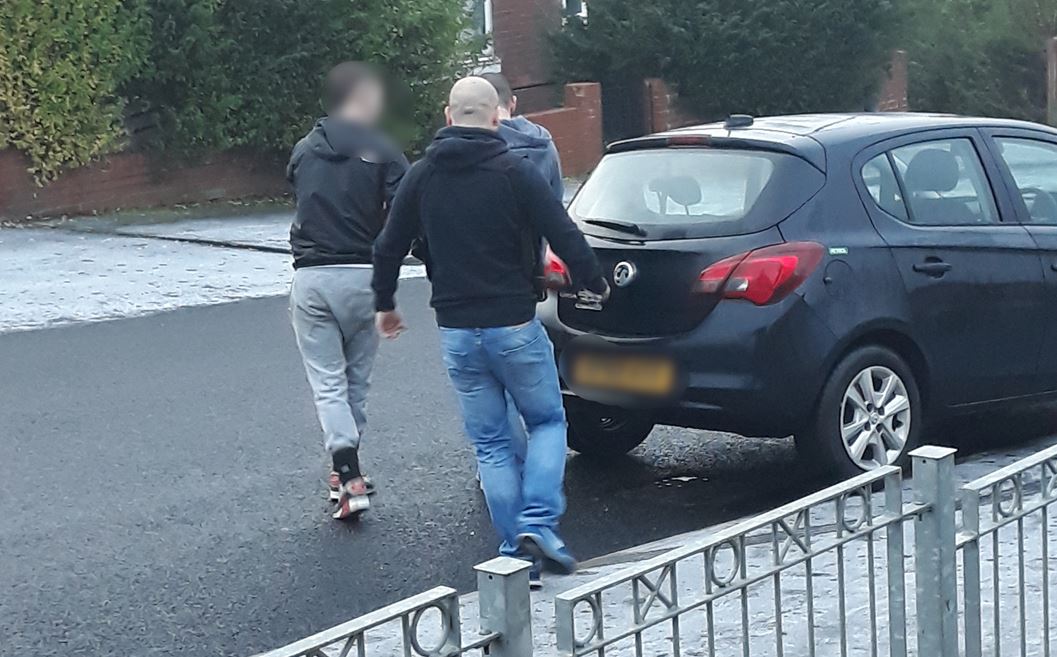 The Operation Benelli team worked hand-in-hand with officers from Sunderland, as well as Durham Constabulary, as they executed the warrants

Five people have been arrested after a specialist motorcycle theft task-force swooped on addresses across Wearside.

The Operation Benelli team executed dawn raids at a number of properties in Sunderland today (Tuesday) as part of an investigation into a large-scale conspiracy to commit theft.

The dedicated team, based at Etal Lane Police Station, have been gathering intelligence and carrying out covert surveillance as part of the wide-scale probe which involves more than 30 offences and spans Northumbria and Durham.

Four men and a 12-year-old boy have been arrested on suspicion of conspiracy to steal motor vehicles and currently remain in police custody.

Among the addresses targeted as part of the planned day of action included in Houghton-le-Spring, East Rainton, Hetton-le-Hole and Shiney Row.

So far, as part of the investigation, police have seized three Transit vans and one motor vehicle believed to have been used in the crime series. Three stolen motorcycles along with various tools and other items have also been seized.

“This has been an excellent operation which has seen Operation Benelli working hand-in-hand with officers from Southern Area Command and detectives from Durham Constabulary.

“As a result of the coordinated operation, we have five individuals in the cells and we will continue to speak to those individuals throughout the day.

“We have also seized a number of suspected stolen goods which will be important as we progress this investigation.

“We have done some fantastic work already in the Operation Benelli team to raise awareness of motorcycle thefts and the work we are doing around the clock to identify and pursue offenders.

“That work will continue over the coming weeks and months, and our message to those involved in motorcycle crime is simple – we are looking for you, and we will be knocking on your door soon.”

Operation Benelli is made up of a number of experienced and specialist officers who review every incident where a motorcycle has been used in the commission of a crime and try to establish any patterns of behaviour.