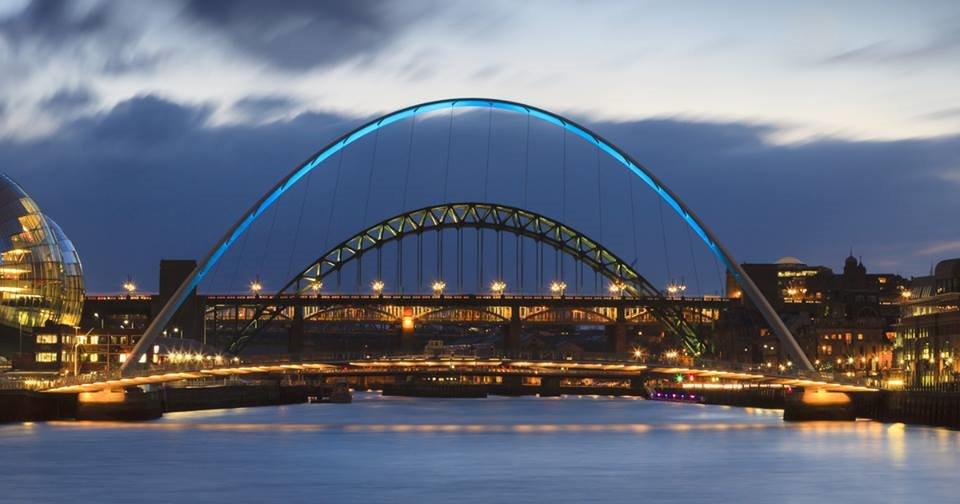 The Gateshead Millennium Bridge is set to shine pink and blue on Saturday – as police look to combat loneliness this Christmas.

This Saturday Northumbria Police are set to play host to their biggest ever ‘Cuppa with a Coppa’ event.

Last year more than 100 people turned up to the maiden event in Ryton including elected officials, community leaders and members of the public.

Twelve months on and the event is set to take place again – and officers expect it to be even bigger than last year.

It will take place between 11am and 1pm on Saturday at Ryton Social Club with plenty of mince pies and cakes donated by the Co-op supermarket in Ryton.

PC Andy Hyde, of the Gateshead West Neighbourhood Policing Team, has today revealed the Gateshead Millennium Bridge will be lit up blue and pink at the weekend in support of the event.

He said: “The event last year was a huge success and straight away we knew that it was something we wanted to do again.

“We know that Christmas can be a really difficult time for a lot of vulnerable residents and we wanted to bring those people together.

“It is fantastic that Gateshead Council have also supported the event by lighting up the Gateshead Millennium Bridge and that should send a really positive message about what we are trying to achieve.

“Thanks to the generosity of local businesses we have the mince pies on order, and gallons of tea and coffee ready to serve, so come along and have a cuppa with a copper.

“Officers will be on hand to speak to you about any policing issues in the Ryton area but we want people from all over the region to come to the event.

“Our main objective is to raise some money for the charities Tyneside Mind and Dementia UK and bring together some people who might normally spend Christmas alone.

“I want to say a huge thank you who has helped make this happen again. We want to do something special and want everyone to be a part of it!”

Any businesses wishing to donate prizes for the fundraising raffle can email 473@northumbria.pnn.police.uk.

Picture credit: The picture of the Gateshead Millennium Bridge is copyright of Gateshead Council.