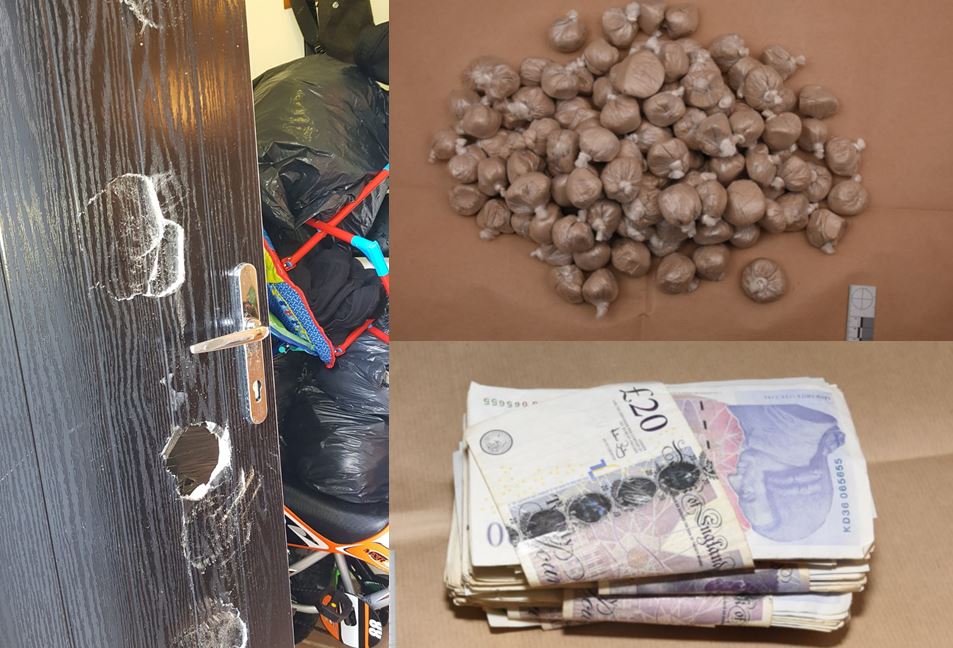 A total of nine men have been charged with conspiring to supply heroin following a large-scale operation which saw police execute warrants at 15 properties across the north of England.

Last week 12 people were arrested as officers from Northumbria teamed up with Merseyside Police and their colleagues at the North East Regional Special Operations Unit (NERSOU) as part of a crackdown into serious and organised crime.

More than 160 officers carried out the dawn raids across Sunderland, Durham and Merseyside which recovered an estimated £600,000 worth of heroin, more than £25,000 in cash and six luxury cars

Of those arrested, two men and one woman were released under investigation and nine men charged with various drugs offences appeared at South Tyneside Magistrates’ Court yesterday (Monday.)

Four of their associates arrested in Liverpool also appeared at the same court charged with conspiring together to supply class A drugs.

All nine men have been remanded in custody until January 3.

Anyone who wants to report information about drug dealing can do so by calling 101, reporting online at the Northumbria Police website or call independent charity Crimestoppers anonymously on 0800 555 111.