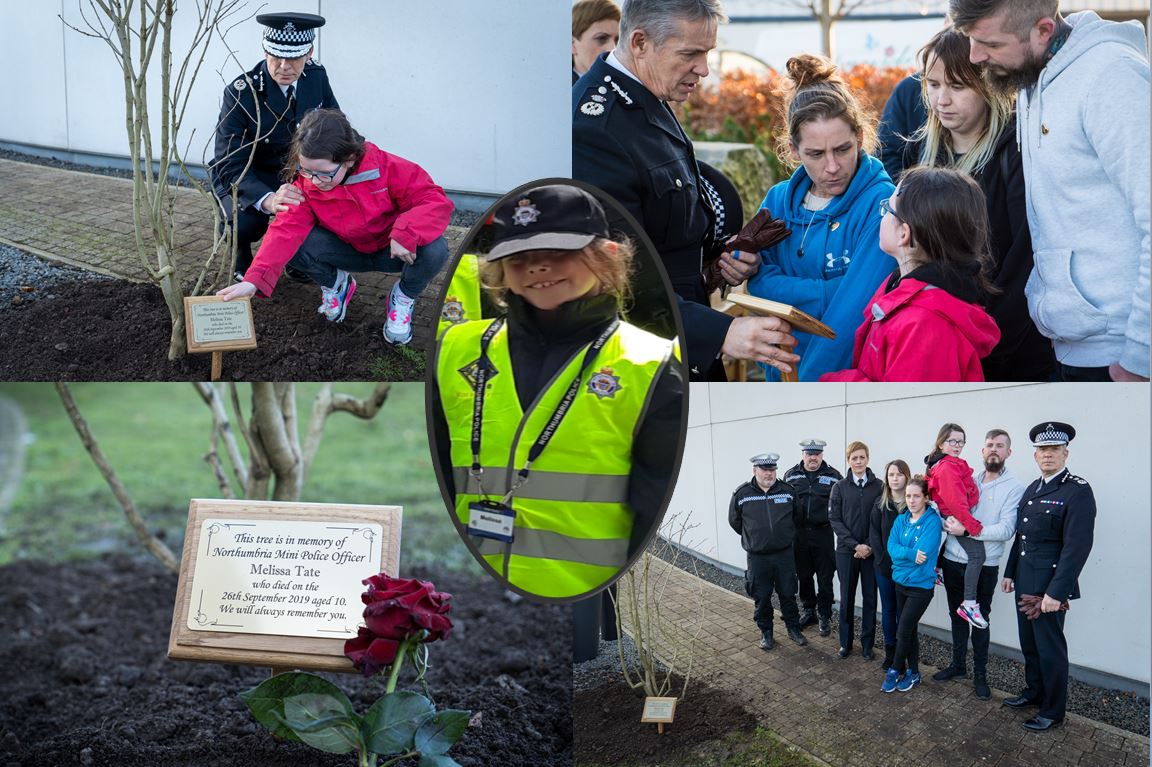 Ten-year-old Melissa, who was tragically killed in September in a fatal hit-and-run near her home, was a proud member of the Force's Mini Police scheme

The memory of Kenton schoolgirl Melissa Tate will live on after a tree was planted in her name at Northumbria Police’s headquarters.

Ten-year-old Melissa, known as ‘Missy’, to her family, was tragically killed in September after she was hit by a car in a fatal hit-and-run near her home.

Yesterday (Monday) Melissa’s parents Kim and Michael– along with Missy’s little sister Lili and step-mum Emma – were invited to Middle Engine Lane Police Station as a tree was planted in the former Mini Police volunteer’s memory.

The tree which bears Melissa’s name sits proudly in the Force’s memorial garden.

Northumbria Police Chief Constable Winton Keenen, said: “Melissa’s death was a tragedy which has had a profound impact on her parents, her family, friends and the community as a whole.

“She was a proud and much-loved member of our Mini Police, who all give up their time to play such a fantastic and vitally important role in supporting their communities, our officers and operational policing more widely.

“We wanted to do something special in her memory – and the tree planted in our memorial garden will be a lasting tribute to her warmth and youthful exuberance.

“All our thoughts and prayers remain with Melissa’s family at this difficult time, and I sincerely hope this small gesture reaffirms to them how wonderful a daughter they raised, and how she will forever be remembered in our hearts.”

Melissa was a proud member of Northumbria Police’s Mini Police scheme and the identification number and card provided to her when she signed up as a pupil at Mountfield Primary School have been retired.

Melissa’s parents, Kim and Michael, said: “Our Missy was such a special girl who touched the hearts of everybody that she met.

“Not a day goes past that we don’t think of her, or think of the beautiful, successful woman that we knew she would grow in to. We will never get over that pain.

“She absolutely loved being part of the Mini Police scheme, so it is very touching to know that her memory will live on in the Force’s memorial garden.”