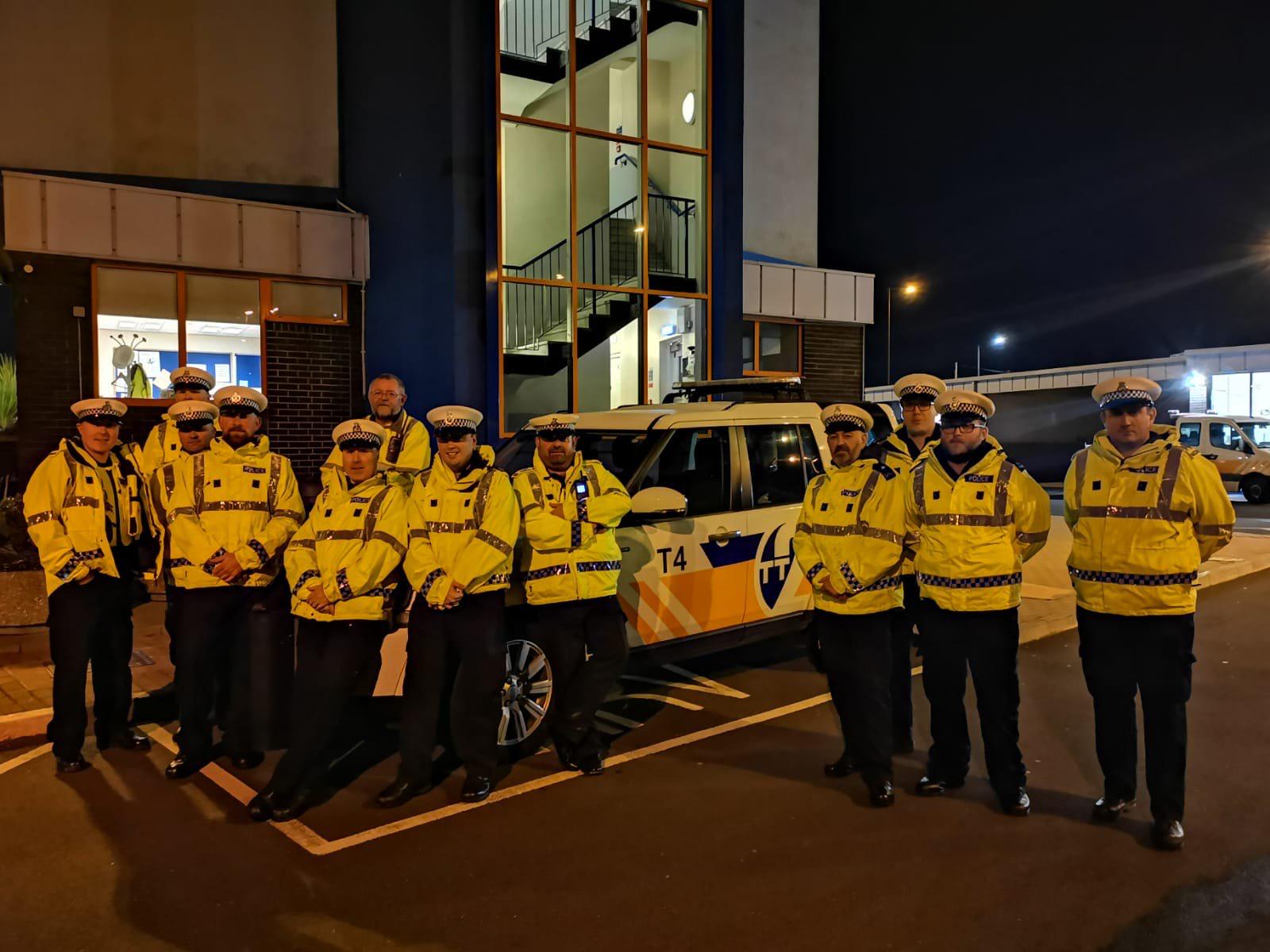 A team of volunteers have been praised for their work in keeping our roads safe – after more than 500 drivers were stopped for random drug tests.

The equipment enables them to test drivers on the roadside and get immediate results telling them whether or not the driver is under the influence.

Traffic officers had been utilising the equipment since the new drug driving laws were introduced.

But for the first time volunteer Special Constables carried out stop checks in Newcastle city centre and Gateshead town centre to make sure nobody is putting lives at risk.

Now the Force has revealed that 533 drivers were stopped in seven days of Operation Beacon, with that enforcement coming over a four-week period.

Motorists stopped included both private drivers and taxi drivers with three people being arrested and three drivers summonsed to court.

Enquiries are ongoing with both local authorities to establish if any drivers were in breach of their licences.

Sergeant Pinner Rana, of the Northumbria Police Motor Patrols Department, has now praised the hard work and dedication of the specialist volunteers.

He said: “These men and women have full-time jobs and families at home but they have volunteered hours of their own time to keep the public safe.

“Their hard work and dedication is incredible and I am so proud to be able to work with individuals who are so committed to improving road safety.

“Over just seven days they have stopped more than 500 vehicles and taken dozens of dangerous vehicles off the road and made a number of arrests.

“They have targeted busy city centres as we get into a busy Christmas period and I have no doubt that their actions have made the roads a safer place.

“I want to thank both Newcastle and Gateshead Councils for their support with this operation and we will continue to work together to take dangerous drivers off the road.”

Jonathan Bryce, Licensing Authority lead at Newcastle City Council, said: “We are always happy to support our partners in proactive enforcement action when it comes to keeping residents and visitors safe in the city.

“We have stringent procedures in place to ensure vehicle and driver safety standards are met in Newcastle, but welcome any measures which increase emphasis on making sure that they are maintained.

“If licensed vehicles and their drivers fail to meet the expected high standards they will face the consequences as demonstrated here.”

Anneliese Hutchinson, Service Director at Gateshead Council, said: “Drug testing is just one of the enforcement and preventative tactics that we use with our partners over the festive period to keep people safe.

“Gateshead licensing officers are carrying out a number of joint enforcement exercises on hackney carriage and private hire drivers and vehicles with Northumbria Police in the lead up to Christmas and we welcome this additional checking of drivers as it helps protect the public.”
Anyone who suspects a person of driving under the influence of alcohol or drugs is asked to contact police on 101 or report it online.

In an emergency, when there is an immediate risk to person or property, you should always call 999.