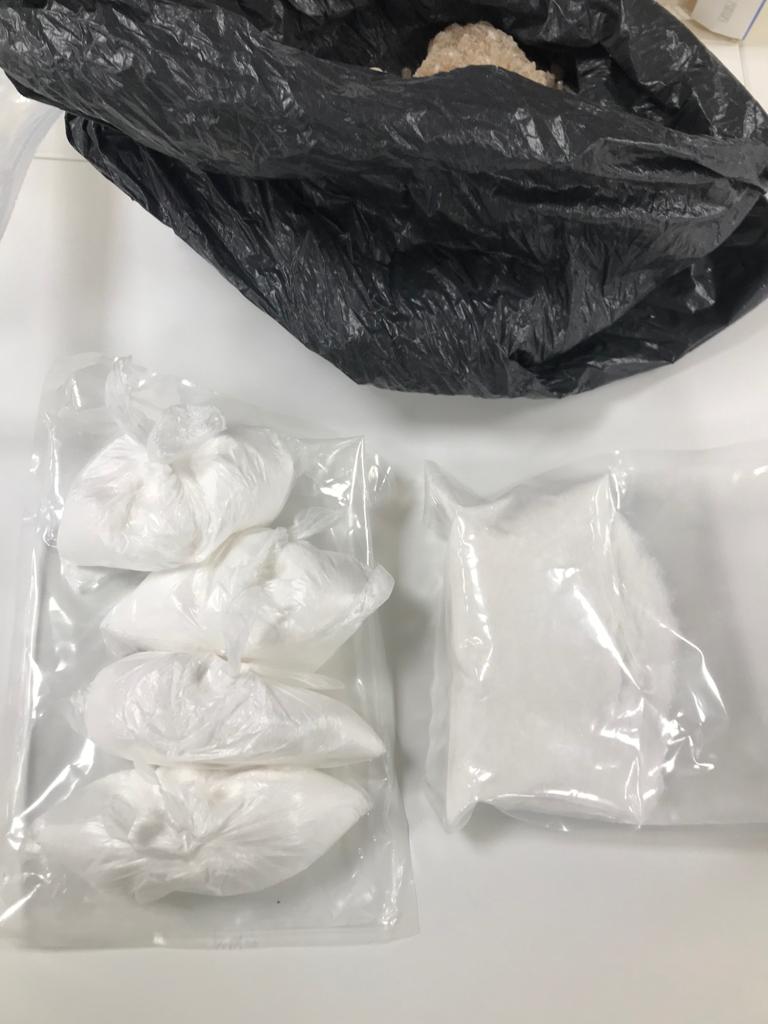 More than £60,000 of suspected Class A drugs seized in Newcastle city centre this weekend

Drug dealers have been warned they could spend Christmas behind bars after more than £60,000 of Class A drugs were seized this weekend.

Northumbria Police have revealed that a huge haul of illegal substances have been taken off the streets after two separate investigations in Newcastle.

Both of the seizures were a result of proactive searches by neighbourhood officers in the city centre.

During that search they discovered an estimated £25,000 of suspected Class A drugs and thousands of canisters of nitrous oxide. Two 20-year-old men were arrested.

But officers were not finished there and carried out a stop and search of a Vauxhall Astra that was travelling through the city centre on Saturday night.

They uncovered more than £40,000 of suspected Class A drugs and the 24-year-old driver of the vehicle was arrested.

He was taken in to police custody at which point dozens of wraps of suspected Class A drugs fell out of his trousers.

He said: “These are two massive seizures and they have only come about because of excellent investigative work by neighbourhood officers in the city centre.

“They have spent a considerable amount of time gathering evidence before executing these strikes and seizing the suspected illegal substances.

“As we approach Christmas we know the city centre will get even busier but we will not allow drug dealers to take advantage of that.

“We have a proven track record of tackling this type of organised criminality and our message is clear.

“If you bring drugs into the city centre then they will be seized, you will be arrested and you should expect to be put before the court.

“If you are convicted then you should expect to be handed a jail term and you will spend this Christmas behind bars.”

The three men arrested over the weekend have all since been released under investigation pending further enquiries.

Anyone with information about drug dealing is encouraged to call police on 101, report online at the Northumbria Police website or call independent charity Crimestoppers anonymously on 0800 555 111.