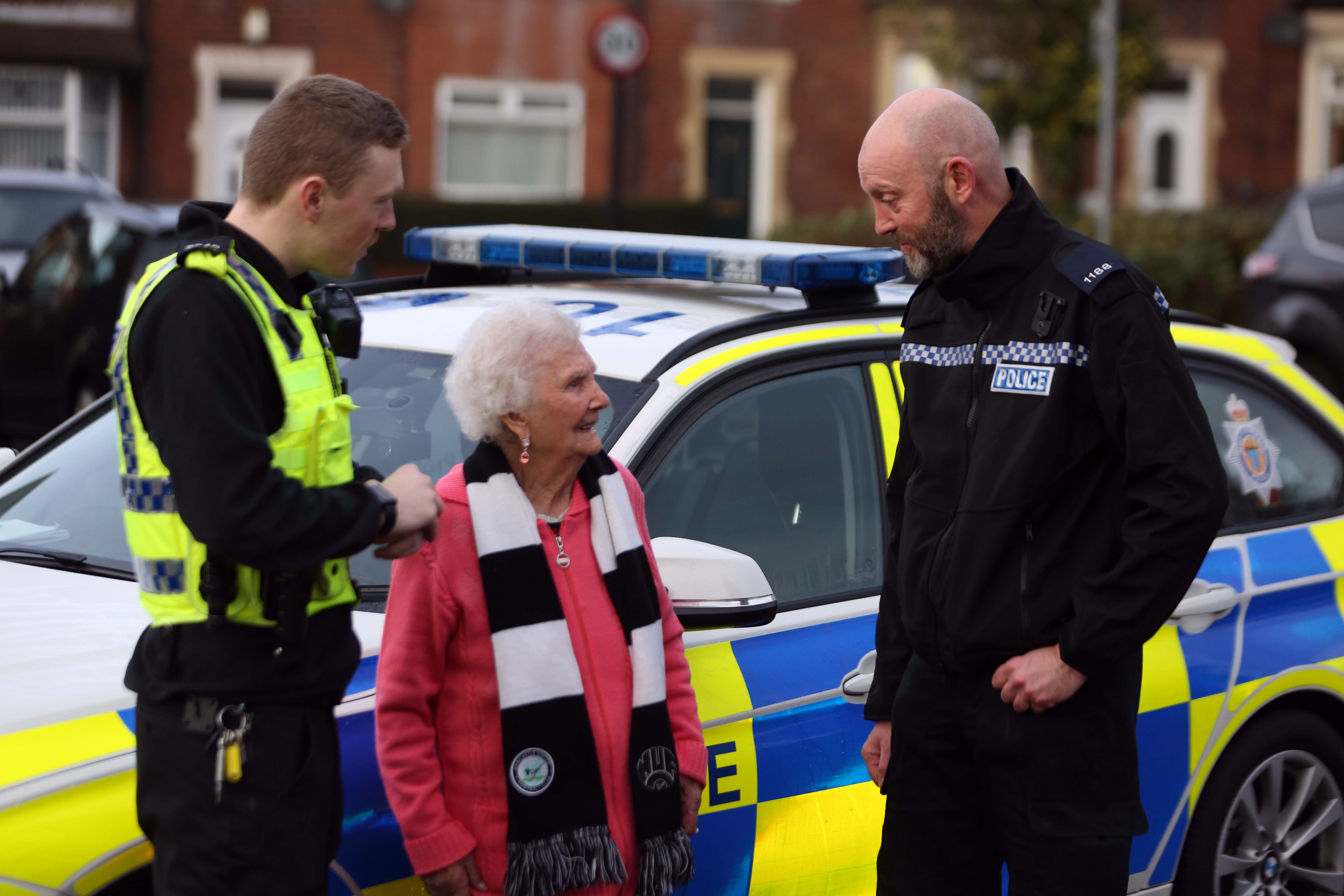 It’s never too late to try something new – ask one of Newcastle United’s biggest fans.

For Florence Rudd, this December had been littered with setbacks – her Lemington home was burgled in the early hours of December 2 and the 96-year-old also suffered a fall while out shopping in Newcastle, shattering all her confidence.

Unsteady on her feet, the mother-of-two resigned herself to staying home and disclosed to the officer investigating her case that she was one of the Toon’s biggest fans so instead of leaving the house, from now on she would keep herself busy watching the lads play on TV.

However, PC Les Mitchell had other ideas.

The Neighbourhood beat manager was so struck by his meeting with Florence he decided to go one step further to encourage her to keep active. Not content with arresting and charging the men who she’d caught in her home, he made arrangements to take Florence to see her very first Newcastle United match.

He said: “After my meeting with Florence, I was really sad to hear her say that she didn’t want to leave the house anymore – what a shame that through no fault of her own, just as a result of random events, she has lost all her self-confidence.

“We talked about Newcastle and she told me that despite being a supporter for more than 90 years she had never been to see a game and I just thought – what a great opportunity. How lovely would it be if we could encourage her to leave the house to see something she loves?”

And that’s exactly what happened – when Newcastle United heard about Florence’s plight, they offered up three tickets for the Rudd family and Cons Mitchell.

The trio travelled in style from Florence’s family home to St. James’ Park and were treated to a hot meal with all the trimmings inside the Heroes Suite before watching the Magpies take on Everton.

PC Mitchell added: “It was a lovely day and great to see Florence on her feet and at thoroughly enjoying the match. It’s awful for anyone to fall victim to a crime, but it’s even worse when the effect of that crime is able to take over our lives and stop us doing the things we enjoy.”

Colin Perkins, head of catering and hospitality at St. James’ Park, said: “We were delighted to welcome Florence to St. James’ Park for her very first match.

“PC Mitchell and Northumbria Police really went the extra mile to help Florence and her family and we hope they really enjoyed their experience as our special guests.”