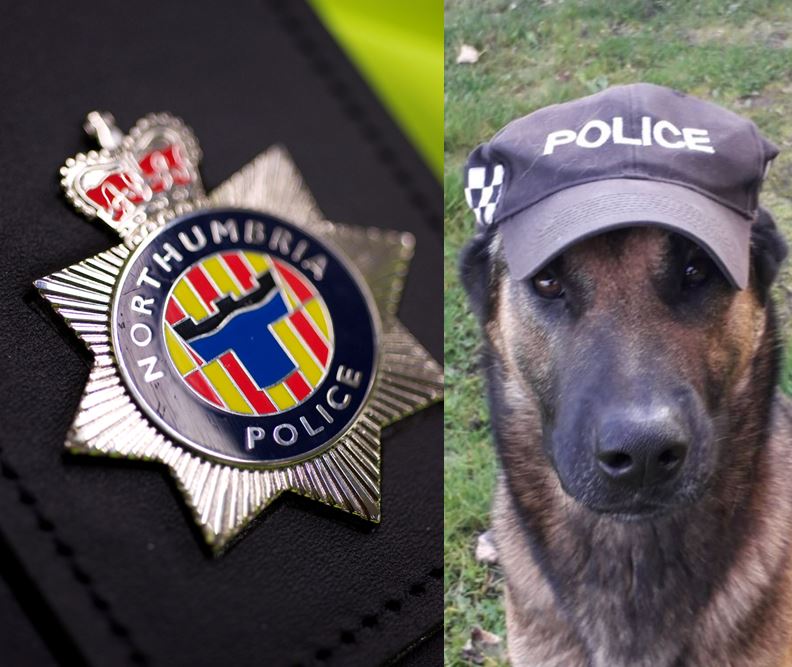 An alert Police Dog followed his nose to find a suspected burglar trying to hide under a computer desk.

PD Ivan and his handler PC Steven Henry were among the first on the scene following a report of a burglary at an address on Ashmore Terrace in Sunderland on November 30.

After entering the property and hearing noises upstairs, PC Henry and his four-legged friend went to investigate further.

It was only a matter of time before PD Ivan located his target – as the Belgian Malinois helped officers detain a 35-year-old man who was hiding under a desk in one of the rooms.

The suspect was arrested at the scene under the watchful eye of two-year-old PD Ivan and has subsequently been charged with burglary.

He is due to appear before magistrates in Sunderland next month (January).

Dog handler PC Henry said: “This was just another example of the crucial role that our dogs play in detecting crime, locating suspects and keeping the public safe.

“As soon as we entered the property, PD Ivan sensed somebody was upstairs and he did a loop of the house before leading us directly to the suspect who was hiding under a computer table.

“It’s safe to say he was rewarded with a well-deserved treat when he arrived back at the station – as the man he helped to locate spent a night in the cells, was charged, and then remanded in custody.

“PD Ivan will be back on duty over the weekend and he’s itching to get back out there to help keep the public safe.”