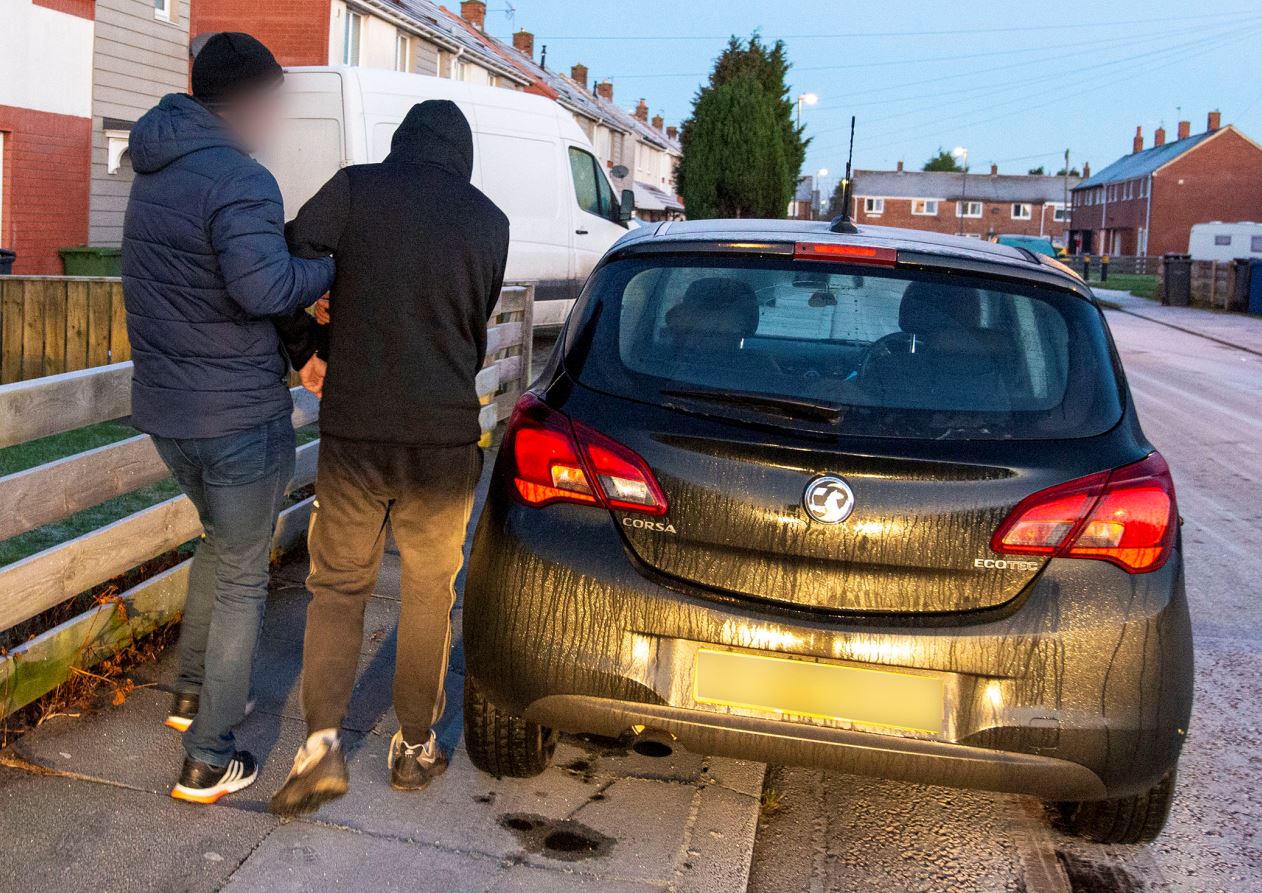 Plain-clothed cops locked up more than a dozen of the region’s most wanted suspects after executing a string of warrants in dawn raids.

Officers set their alarms early as part of a pre-planned day of action on yesterday (Wednesday) to identify and arrest suspects wanted in connection with a range of knife crime and domestic-related offences.

In total, 14 people from the Sunderland and South Tyneside area were arrested and brought into police custody as police used unmarked vehicles to spring an early-morning surprise.

Sergeant Dave Green, who spearheaded the operation, said: “This day of action was a result of some outstanding teamwork as individuals wanted in connection with knife and domestic-related crime across our region were arrested and brought into custody.

“The coordinated operation followed extensive intelligence gathering by a team of officers and highlights our front-foot approach in identifying and pursuing suspected offenders.

“We were delighted with how the operation went, with a number of those detained subsequently charged or escorted to court to answer breach of orders.

“But this day of action was not a one-off and I would like to reassure our communities that we will continue to detect and disrupt serious criminality in our region and take action against those involved.”

Among those arrested was a 31-year-old man from Jarrow wanted in connection with a knife-point robbery in the town. He remains under investigation for the robbery but has since been charged with 14 offences including theft, fraud by false representation and handling stolen goods.

He is due to appear in court next month (January).

A 34-year-old man from Sunderland has been charged with breaching a restraining order, while six people were escorted to court to answer a range of offences including theft, assault, and possession of a bladed or pointed article.

The raids form part of the ongoing surge activity into knife crime and serious violence across Northumbria after the Force was allocated more than £2.3m from the Government’s Serious Violence Fund in April.

Between April and October this year, there has been a 13 per cent reduction in knife-enabled serious violence across the Force and 23 per cent in victims under the age of 25.

Assistant Chief Constable Helen Mcmillan said: “As a Force, we take a very strong stance on knife crime and all forms of serious violence.

“Our area continues to experience lower levels of knife crime than other big cities across the country, but we are not in any way complacent.

“We will continue to take a proactive approach, as shown with this operation in Sunderland and South Tyneside this week, to ensure the North East remains a very safe place to live and work.”