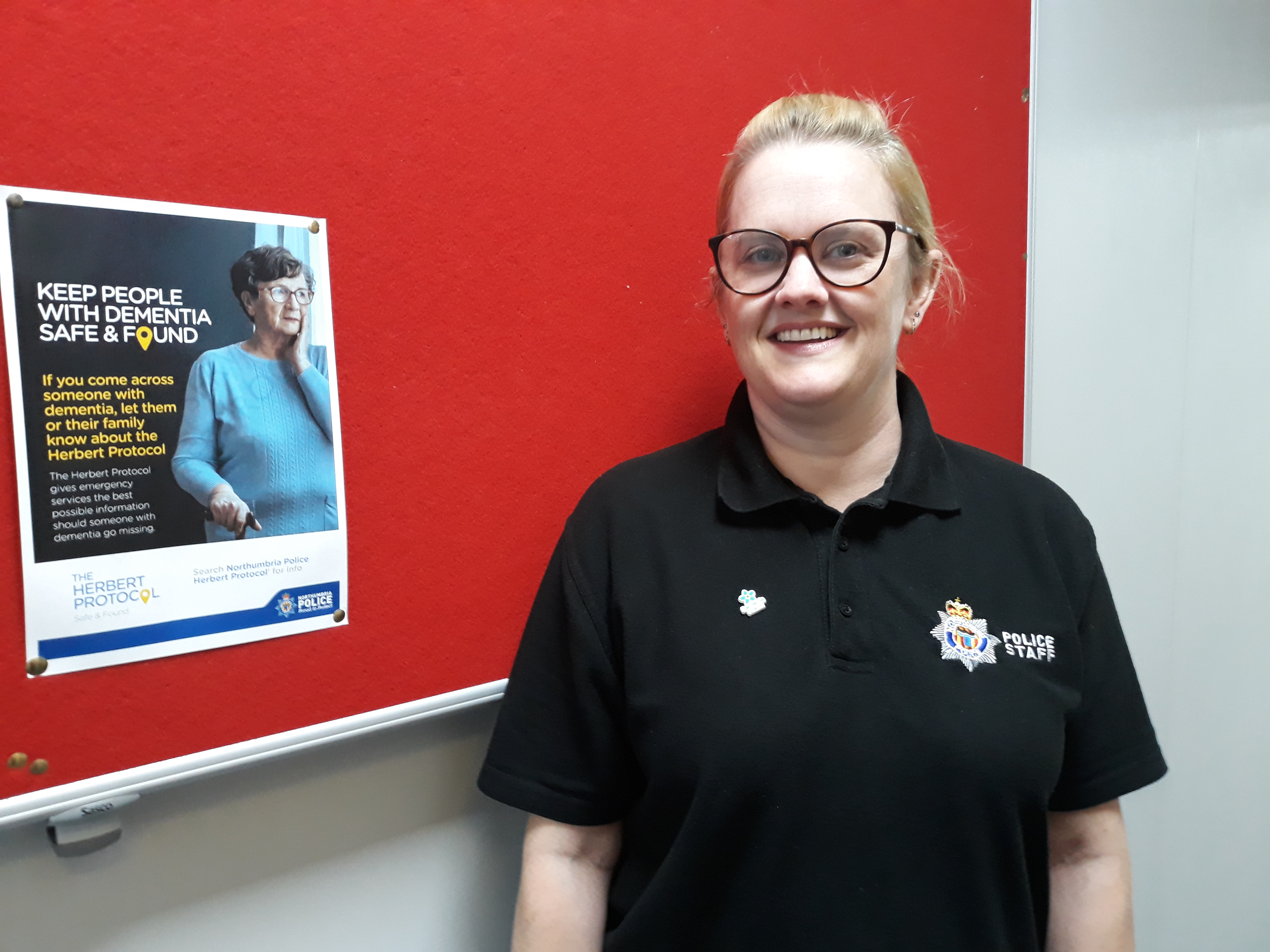 A specialist officer has praised the quick-thinking actions of her colleague who helped reunite a distressed lady with dementia with her family.

Rachel McAllister, an identification unit assistant for Northumbria Police, was out shopping in Manor Walks, Cramlington, when she was approached by an elderly woman who asked for directions to the nearest bank.

Sensing something wasn’t quite right, Rachel, who had recently attended an awareness training session with one of the Force’s Dementia Champions, decided to accompany the woman to the bank and make sure she was OK.

As the bank was closed, the woman attempted to take out some cash but became distressed when this didn’t work – Rachel soon realised the woman wasn’t using her debit card but was holding an Alzheimer’s helpcard in her hands.

As the woman became increasingly upset, Rachel took her to a nearby café and called the emergency contact from the card and spoke to the her daughter-in-law, who came to collect her immediately.

Rachel said: “I just remember being asked for directions to the bank by an elderly woman but something didn’t seem right. They were all little things like she wasn’t dressed appropriately, she didn’t seem to know where she needed to be and I just thought it would be better if I went with her.

“When the bank was closed, she tried to use the cashpoint but when I saw her struggling I realised she was carrying a card with ‘Alzheimer’s – lost’ written on it and was glad I stayed with her to make sure she was OK. I think the training just helped me to identify a few little things to look out for and made me feel more confident in identifying when someone might need help.”

PC Karon Morley is one of the Force’s Dementia Champions who delivered the awareness session to Rachel and her colleagues at Bedlington Police station – and she is really pleased the session had such a positive impact on Rachel.

She said: “Dementia is a very complex condition which can affect people in different ways but the simplest and most effective thing we can all do is to be aware of those around you who look particularly vulnerable and use your common sense if they approach you.

“We all lead busy lives but it doesn’t take long to stop and give someone directions or to talk to them and ask a few questions and check they are OK.

“Yes Rachel had received training, but her instincts were spot on and she trusted them – she instantly recognised the woman wasn’t dressed appropriately for the weather and that raised a red flag in her mind.

“We can all help support those with dementia just by learning a little bit about what it is and how it affects people.”

PC Morley is also the Force’s Herbert Protocol Champion – this is a way of recording useful information about people living with dementia – such as routines, interests and previous addresses – which can help police should they ever go missing.