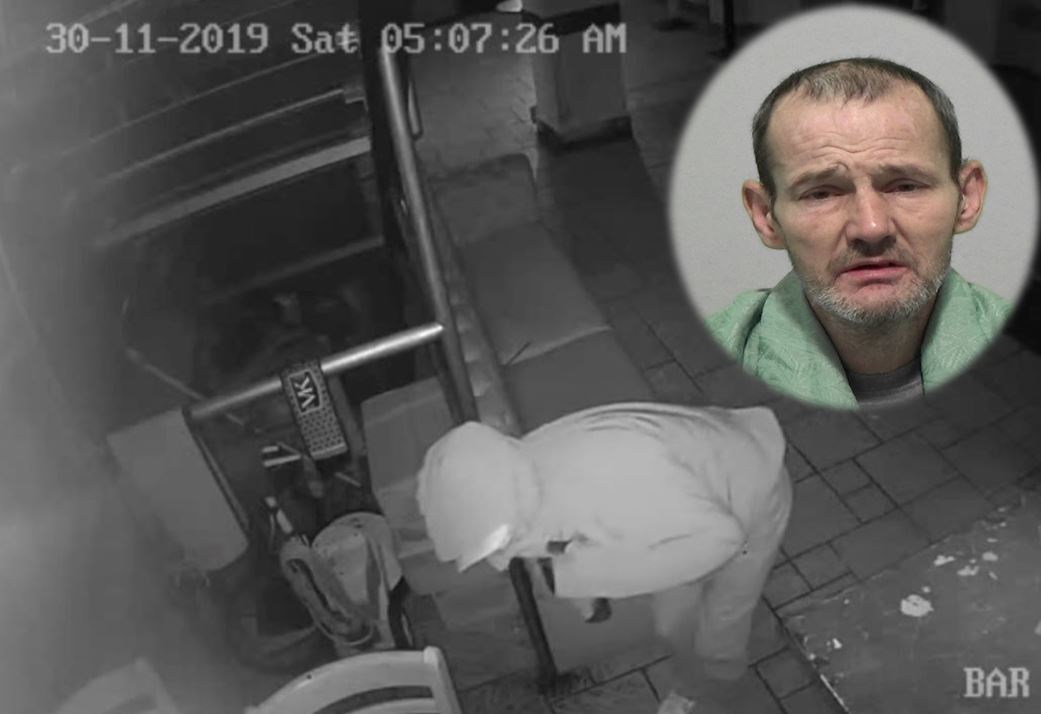 Raider who burgled city centre bar is arrested, convicted and jailed within 48 hours of the break-in

Graham Liddle, 50, broke into Reuben's Bar in Sunderland claiming he thought it was derelict

A brazen raider who burgled a city centre bar tried to convince police he thought it was derelict and a place to get out of the cold.

But Graham Liddle’s protestations fell on deaf ears after quick-thinking cops proved the burglar's guilt and secured a conviction within 48 hours of the break-in.

Liddle, 50, smashed his way into Reuben’s Bar in Sunderland city centre shortly after 5am on November 30.

After grabbing £109 in cash from the till, the criminal also helped himself to an iPhone 8+ and a Samsung Galaxy phone as he fumbled his way around the premises.

However, officers were on hand to thwart his escape after they arrived quickly at the scene and spotted the intruder on the roof of the Vine Place bar.

Upon arrest, Liddle, of no fixed abode, insisted he thought the property was a disused premises and was merely searching for a way out.

But with the weight of evidence against him overwhelming, Liddle admitted burglary when he appeared before magistrates in South Tyneside on December 2. He was subsequently jailed for 18 weeks.

PC Sam Middleton, of Northumbria Police, said Liddle’s conviction was made possible by some “outstanding work” by officers.

“Within ten minutes of being alerted to a possible break-in, police were at the scene and had located and apprehended the suspect who was spotted on the roof," PC Middleton said.

“From thereon, with Liddle claiming he had not committed a burglary and was merely lost inside the premises, officers worked diligently to pull together a compelling case that left the defendant with little choice but to admit his guilt.

“Christmas is a time for good-will, but the selfish actions of individuals like Liddle can undermine our community spirit and bring misery to law-abiding residents and business owners alike.

“As a result, it is important that we continue to take burglars off the streets and we will continue to do just that over the coming weeks.”

After pleading guilty to burglary, magistrates sentenced Liddle to 18 weeks imprisonment and ordered him to pay a £122 victim surcharge.