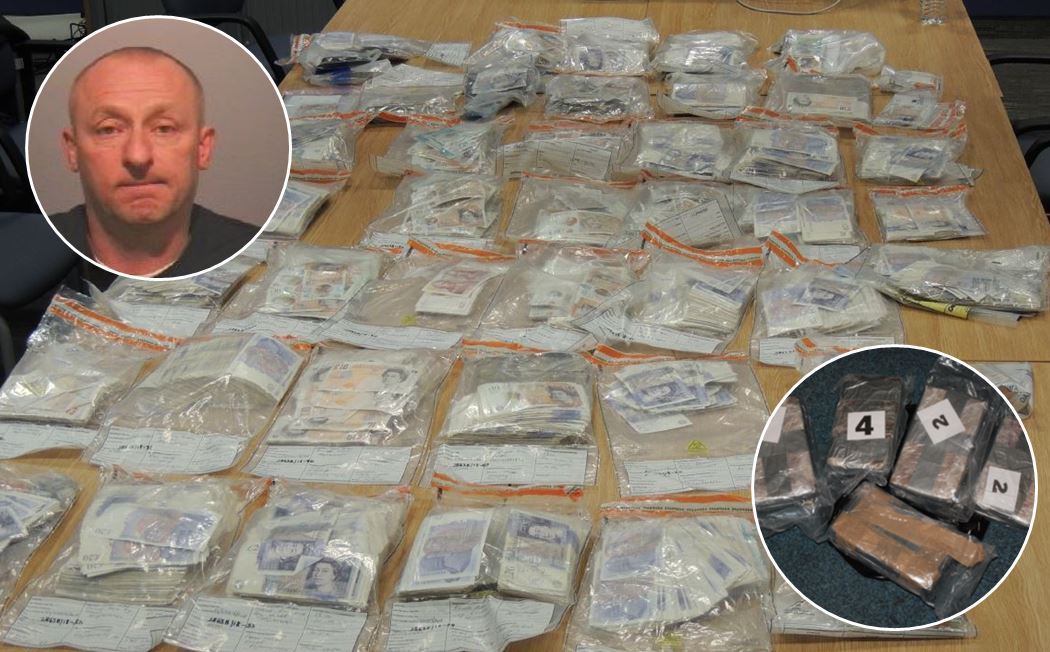 Ringleader of drugs gang jailed for conspiring to supply cocaine ordered to pay back more than £55,000

The ringleader of a drugs gang jailed for conspiring to supply cocaine has been ordered to pay back more than £55,000 made through his criminal activity.

Raymond Curran was part of an organised crime group handed lengthy jail terms totaling more than 30 years for the roles they played in a large-scale operation where they attempted to flood the region with Class A drugs.

Despite seeing the 56-year-old jailed for 12 years and nine months earlier this year – officers continued their investigation, scouring bank accounts and searching for properties, cash or anything else of value which could have been bought with criminal proceeds.

And last week a judge at Newcastle Crown Court delivered the final blow to Curran and ordered he pay back £55,138.57.

Speaking after the hearing, Detective Inspector Don Gibson from Northumbria Police’s Priority and Organised Crime team, said: “Raymond Curran accepted the law had caught up with him when he pleaded guilty last December and received a significant custodial sentence.

“However, thanks to the Proceeds of Crime Act, we can continue to hit criminals where it hurts and strip them of assets and finances which their criminal activities afforded them.

“Even though he must pay back more than £55,000 – we can revisit this financial investigation if we think Curran has come into money again and not paid off the total amount of their benefit order, which in his case, stands at £895,166. As a result, we will continue to assess this case and take further action if more assets become available.

"We are committed to protecting our communities and pursuing criminals as part of Operation Sentinel, which is our collaborative approach to tackling serious and organised crime.”

Raymond Curran, his brother Gary Curran, and Gerrard Burke all pleaded guilty to conspiracy to supply Class A drugs on December 5, 2018.

The Fourth member of the group, Brendan Kevane, 49, of Pendalar, Caernarfon appeared at Newcastle Crown Court in June where he was sentenced to a total of seven years and two months imprisonment.

Det Insp Gibson added: “Hitting organised criminal groups financially is a great tactic to cause lasting disruption and can often dismantle them completely. Thanks to this fantastic result, our communities are a safer place to be and live in.”