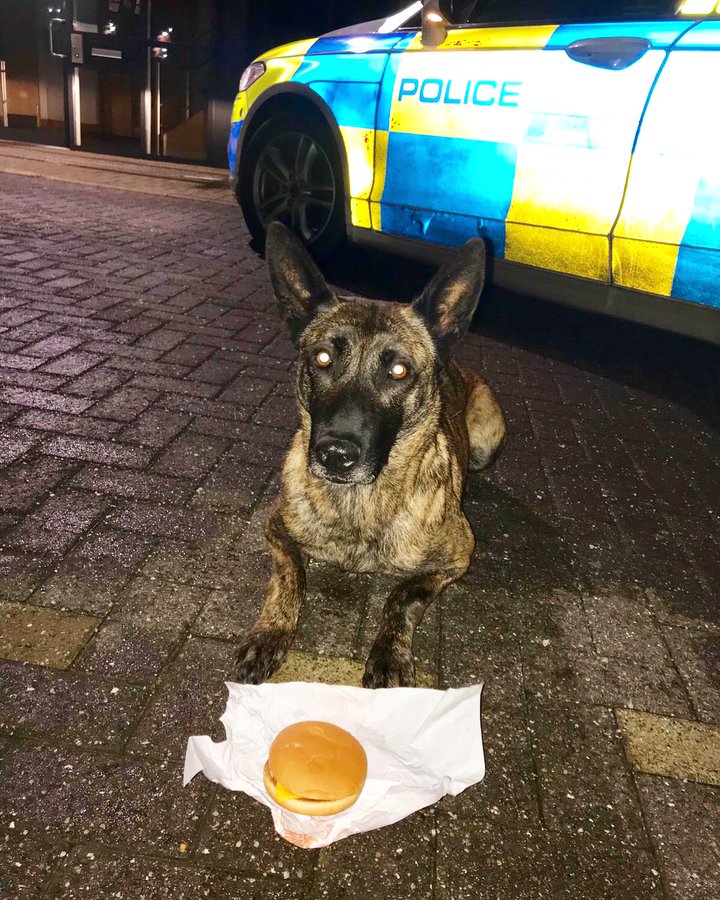 Suspected thief tackled to the ground by heroic police dog

A heroic police dog has been treated to a late night burger - after tracking a suspected car thief and tackling him to the ground.

At about 10.30pm last night police located a vehicle driving through Bedlington they believed to have been stolen in a burglary earlier that evening.

Officers signalled for the vehicle to stop but the driver ignored the blue lights and continued to drive away.

The suspect, who was believed to be drink driving, then abandoned the car on the roadside and attempted to flee the scene on foot.

As officers chased him across open fields, PC Helen Kane deployed police dog Ziva from the opposite direction.

The six-year-old Belgian Herder was able to track down the suspect and tackle him to the ground before officers arrived on scene and placed him under arrest.

And PC Kane has now revealed she made sure to reward Ziva for her heroics – by treating her to a late night hamburger at the end of their shift.

She said: “Chasing suspected criminals is what Ziva loves to do and last night was just another example of how good at it she actually is.

“It was a fantastic bit of teamwork between myself and those motor patrols officers who pursued the vehicle, and then had a foot chase with the suspect.

“They were able to relay to me and Ziva the direction they were running in and because of that co-ordination we were able to make the arrest.

“I couldn’t be more proud of Ziva and she really is an amazing police dog. I have lost count of the amount of times she has stepped up to the mark.

“She definitely earned a treat and enjoyed a nice juicy hamburger at the end of the shift. Cheese, no gherkins and extra tomato sauce!”

The 22-year-old suspect was arrested on suspicion of burglary and remains in police custody at this time.