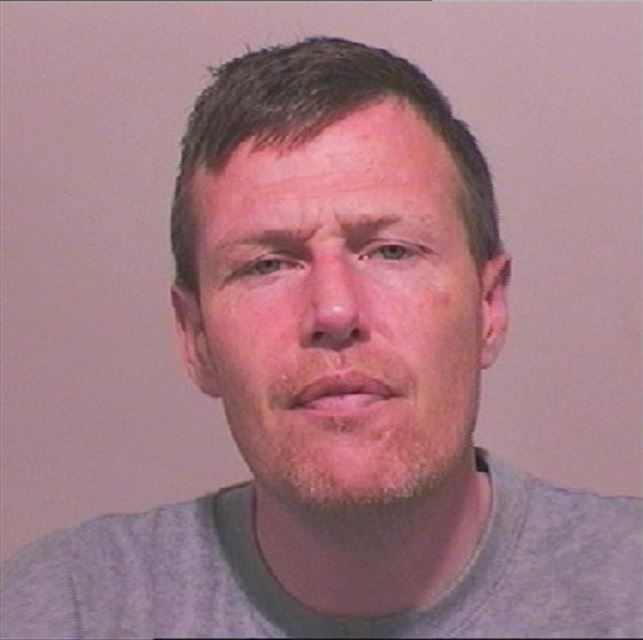 Michael Slee, 38, (pictured) has been jailed for two-and-a-half years following the incident that unfolded on Stockton Road in Sunderland

Police have hailed the actions of three Good Samaritans who apprehended a shameless robber after seeing him snatch a pensioner’s wallet.

Michael Slee, 38, approached his victim at a bus stop on Stockton Road in Sunderland on the afternoon of September 4.

After loitering near the 82-year-old man, Slee then dived at him and knocked the elderly man to the floor before wrestling the wallet out of his hand.

But three men who watched the incident unfold nearby jumped out of a van and apprehended the robber at the scene until police officers arrived.

Slee, of Wraith Terrace, Sunderland, was subsequently arrested and charged with robbery, which he admitted at a Newcastle Crown Court hearing on October 4.

On November 22, a judge jailed him for two-and-a-half years.

Sergeant Dean Fletcher, of Northumbria Police, said: “This was a despicable crime as Slee targeted an elderly member of our community who he should have been looking out for.

“After using force to prise the man’s wallet out of his hand, Slee looked to flee the scene – but his cowardly actions were witnessed by three men nearby who were understandably disgusted by what they saw.

“While we would not encourage members of the public to put themselves in harm’s way, we would like to thank the three men for their swift actions as they confronted the offender and restrained him until our officers arrived.

“They should be very proud of their actions and it is because of their willingness to do the right thing and help a vulnerable man in need that Slee has been brought to justice and now begins a significant custodial sentence.

“I would like to thank the victim for his bravery throughout this case, as well as the team of officers who worked tirelessly to bring Slee’s case before the courts.”

The pensioner, who suffered cuts to his hands and rips to his trousers as a result of the robbery, admitted the incident has had a profound effect on him.

In a statement, the victim said: “For someone to attack me and take my property has left me shocked, hurt and upset.

“This has also left me feeling nervous and anxious when I go out, which is not like me as I have always been confident and independent.”