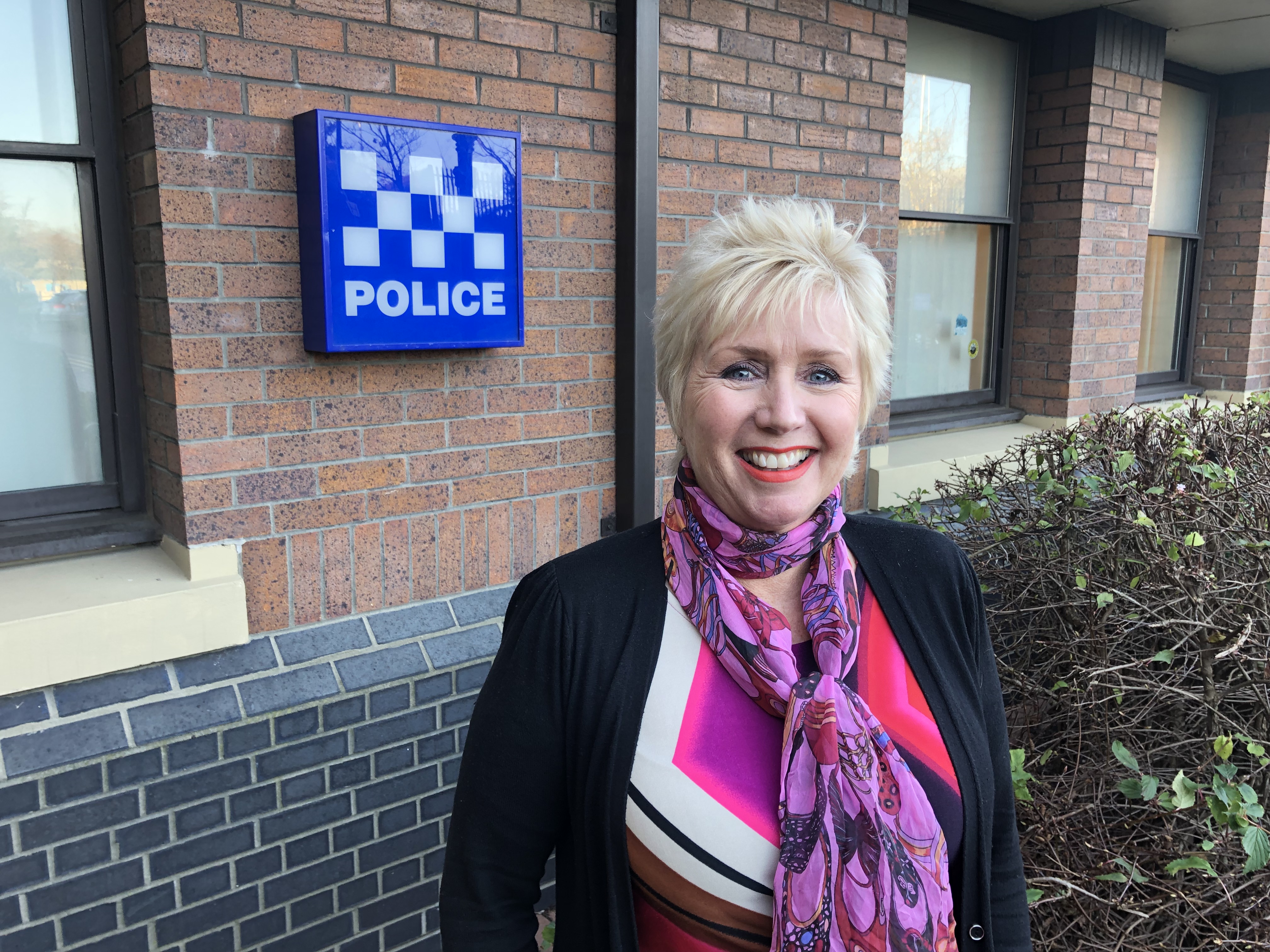 This Christmas will be a special one for Julie Jackson.

Over the last three decades, she has missed her fair share of festive celebrations, family birthday parties and social gatherings.

Instead, she’d be at the station taking statements, hunting down criminals and keeping families across Sunderland safe.

But not this year. Detective Constable Julie Jackson last week bid a fond farewell to Northumbria Police after 29 years’ of service, taking into retirement a lifetime of memories and unbreakable friendships forged with colleagues who’ve helped her on her policing journey.

It was always a matter of when – not if – DC Jackson was going to join her local police force. As a child, growing up in Sunderland, she would enthusiastically watch Cagney & Lacey, Juliet Bravo and The Bill, gripped and wide-eyed, eager to follow in her heroes’ footsteps.

She first applied to be a cop at 18, but “a nervous interviewee” in her own words with not enough life experience, she opted to work for a furniture company and then an American investment bank in London.

But her six-year spell in the world of work all centred around one thing; the road that would ultimately lead her back to Northumbria Police.

“All the time I was working in other industries, I knew it was the police that I wanted to join, DC Jackson, 54, said.

“That dream became a reality in June 1990 when I was 24. When I joined the force as a PC, the world was a different place – there weren’t any shutters on shop windows, all police women wore skirts and we carried around a little wooden truncheon.

“There were no CCTV cameras in those days either – while on a task-force dealing with shoplifters, burglars and car thieves, I remember standing on top of Astral House in Sunderland with a pair of binoculars in plain clothes. It was a different world.”

But it soon became a world that she grew familiar with, and a role that she “lived, slept and breathed.”

After joining the Force’s CID department in 1994, one of the few female detectives working in Sunderland at that time, DC Jackson wasted no time in putting her intuitive mind to good use.

“I’ve always loved the investigative side of the job,” she said. “Proving someone’s guilt, delving into things, thinking outside of the box – being a detective requires you to work as a team but also be methodical, organised and instinctive.”

Over the years, DC Jackson has seen it all behind the badge – dealing with everything from armed robberies to murders and everything in between.

“I’ve dealt with all sorts,” she recalled. “The Blue Monkey homicide in Sunderland when ‘Pop’ Robson was stabbed, murders in Byker and Whickham, and serious assaults in Roker.

“As a detective, 99% of the people I came into contact with during my working day were criminals and 1% were nice, law-abiding members of the community. And when I did speak to that 1%, it was usually because they had been a victim of crime committed by one of the 99%!

“But what always motivated me was that exhilarating feeling when you secure a good result for a victim – getting the person who’s committed that crime locked up and off the streets.”

It’s been a 24/7 role for DC Jackson, like countless others who proudly walk the beat to protect the communities of Northumbria.

While at work it was all-consuming, intense but hugely rewarding. Often when not at work, she would spend her evenings mulling over the cases she was working on, poring over the detail and considering what the next step would be to ensure justice is served.

It has involved plenty of personal sacrifice – from sitting out of festive celebrations, missing children’s birthday parties and sending her apologies for social gatherings with friends that she couldn’t make.

But sympathy is not something she seeks, nor praise.

“If a job comes in, you don’t go home – that’s the life of a detective,” DC Jackson said. “You can be in from 8am one day until 4am the next and that’s just part of the job.

“If you arrest someone, the reality is that you have 24 hours to bring together enough evidence to charge them, so it’s an intense period.

“If you’ve got a big job that comes in, it overrides everything. There’s so many family gatherings, friends’ birthdays and the like that I’ve missed down the years, but as a cop you wouldn’t change that for the world – it’s what you live and breathe for.

“You want to work as hard as you can and leave no stone unturned to get an offender charged and secure justice for the victim – that’s your priority.”

But this year will be different. After working her final day at Millbank Police Station last week, DC Jackson now begins her journey away from the policing world, a world which she will forever love and treasure.

“I’ve been with the Force for 29-and-a-half years, so it’s strange to be leaving,” she said.

“I’ll always have a cop’s brain – you become institutionalised, I think. I’ll constantly be reading about what’s happening, who has done what.

“But it’ll be nice to have Christmas with the family, and in the New Year we’re all going to Antigua for a holiday to celebrate my retirement. I probably owe them for my absences down the years.”

As for the colleagues that she leaves behind, some of them have become life-long friends.

“I’ve been incredibly fortunate to have worked in some incredibly tight-knit teams with some wonderful people,” DC Jackson said.

“There’s a lot of camaraderie in CID – as one person is interviewing a suspect, another will be going house-to-house, another preparing the file for the Crown Prosecution Service (CPS). It’s a team effort and everyone pulls together.

“It’s been a happy, rewarding and challenging job - and frightening at times too. I’ve ended up in hospital a couple of times, once after being hit with a baseball bat and then again when a suspect fell through the ceiling on top of me – I was taken in for concussion!

“But I wouldn’t have changed anything. I’ve loved my time with the Force and had the privilege to serve the city that I live – it’s been an incredible ride.”