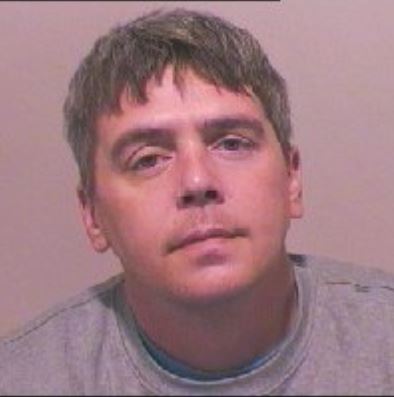 'A great example of the public working alongside police': Would-be burglar jailed after caught on camera by quick-thinking resident

A would-be burglar has been jailed after an eagle-eyed resident caught him on camera trying to break into a home on the estate.

Gary Daglish, 36, was seen skulking around the Rainton Meadows estate near Houghton-le-Spring in the early hours of July 10 last year.

Armed with a screwdriver, the offender tried to break into a house – but his suspicious behaviour was filmed by an incisive resident.

When located in the garden of a property and subsequently arrested by police, Daglish claimed he had smashed a window “because someone paid him to do it”.

However, he admitted a charge of attempted burglary and going equipped for a burglary at Newcastle Crown Court on December 11 last year.

On January 28, he was jailed for three years.

Detective Constable Neil Swainston, of Northumbria Police, said: “Burglary is a very serious crime that can have a lasting and harmful effect on residents and communities.

“Incidents such as this can make people feel intimidated or frightened in their own homes. As a result, it is important that the public are made aware that we will do everything we can to tackle these types of offences and bring perpetrators to justice.

“Gary Daglish travelled to this estate in the very early hours of the morning to seek a quick win. However, his selfish behaviour was exposed thanks to the swift reactions of a resident who noticed something was not right.

“This was a great example of the public working alongside police, and the caller’s quick and accurate reporting allowed us to locate the suspect before he gained access to somebody’s home and made off with their belongings.”

The court was told how a witness was woken up shortly after 4.30am on July 10 last year and claimed to see a suspicious male trying door handles on Black Cherry Close.

After following the man’s movements, the resident called police and proceeded to film the suspicious behaviour on their phone – which was later shown to officers.

Police arrived at the scene and located Daglish in the back garden of a property, holding a small screwdriver covered by a black sock. The outer pane of a patio door had been smashed.

Daglish, of Bridle Way, Houghton, was apprehended and arrested by officers and later charged with burglary offences.

He was jailed for three years at Newcastle Crown Court after pleading guilty to attempted burglary and going equipped for a burglary.

Anyone who sees anything suspicious in their community is encouraged to contact police on 101, or Crimestoppers anonymously at 0800 555 111. In an emergency, ring 999.