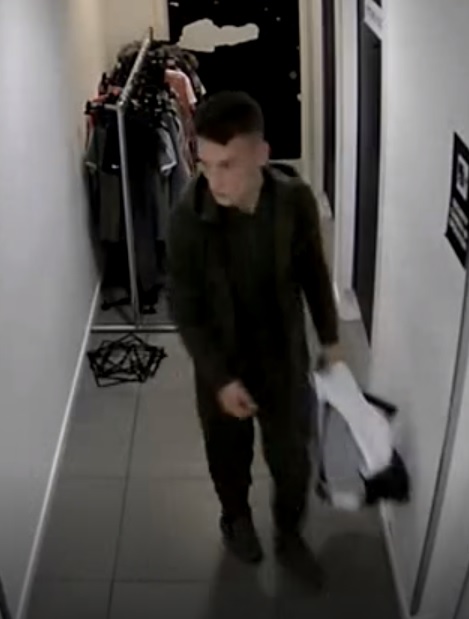 An armed robber who stole nearly £12,000 from a Newcastle post office before blowing the cash on a quad bike and an Armani tracksuit has been jailed.

Stephen Robertson, 22, has been handed a 10 year prison sentence after a raid at the Westerhope Post Office on Chatsworth Gardens.

A court was told how the thug had raided the post office on October 2 last year and threatened the 63-year-old postmistress with a knife.

While wearing an orange motorcycle helmet, Robertson forced her to show him where the shop's safe was before clearing out its contents.

He was able to make off with around £12,000 in cash and an estimated £2,000 worth of stamps before police arrived on the scene.

The very next day Robertson splashed out £380 on a full Armani tracksuit at the JD Sports store in Newcastle before spending £5,000 on a new quad-bike and mini Kawasaki moped.

Detectives were eventually able to identify Robertson as the offender after they traced the orange motorcycle helmet nearby covered in his DNA.

He was arrested and charged with robbery but denied any involvement in the raid and said he had paid for the goods with money made through drug dealing.

A jury found Roberston, of Beaconsfield Street, Newcastle, guilty of robbery on December 19 and on Monday he was jailed for 10 years at Newcastle Crown Court.

During sentencing the court was told the postmistress had been left so scarred by her ordeal she was never able to open the store again.
Following the case, Northumbria Police's Detective Sergeant Steve Ross said he was pleased the jury had seen through Robertson's "pack of lies" and that he was now behind bars.

He said: "This was a smash and grab robbery and Robertson was likely to be as surprised as anyone when he was able to make off with so much money.

"No doubt he was impressed with himself but it was his arrogance that got the better of him when he started to flash the cash in the days that followed.

"Even some of the stupidest criminals would have avoided spending thousands of pounds on luxury items just days after staging a robbery.

"However, it still required a lot of hard work by our detectives to put the evidence needed to convict Robertson before the court.

"He is now spending a significant period of time behind bars and that should come as some comfort to his victim who has been badly affected by the incident.

"I know one thing for certain. He won't be wearing Armani tracksuits or riding any quad bike while he serves his time behind bars."