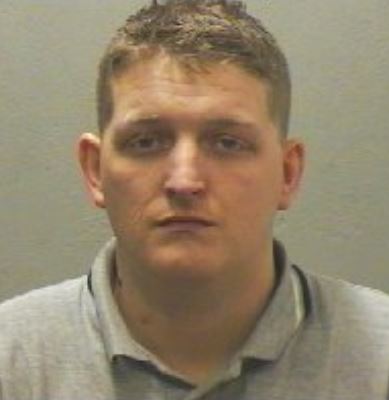 A great-grandmother who had her life savings stolen by a heartless burglar says he should be "ashamed".

Ninety-three-year-old Beth Stewart was targeted by prolific thief John Griffiths in July as he went door-to-door offering to do odd jobs in Elswick.

She invited Griffiths in for a chat and hugged him when he told her that he was looking for "honest work" to provide for his partner and young children.

But when Beth's back was turned he ransacked her bedroom and uncovered £10,000 she had saved over the years to pass down to her family.

It wasn't until later that day that Beth discovered the money had been taken and she informed a friend who then contacted the police.

Detectives in the Central Burglary Team launched an investigation and soon found that Griffiths had also targeted a care home in the west end.

He had raided the rooms of five vulnerable residents at Ashton Court nursing home on the West Road before making off with a mobile phone and a handbag.

Griffiths, of Welbeck Road, Newcastle, was later arrested by police and charged with a string of burglaries but Beth's money was never recovered.

The heartless thief was jailed for four years and nine months by a judge at Newcastle Crown Court on Friday, February 1, after admitting six counts of burglary.

Former tax collector Beth said that she isn't bothered about the money but thinks that Griffiths should feel "ashamed" of his actions.

She said: "I didn’t want the police involved at first. I was worried about him with him saying that he had the family and I didn’t want anything bad to happen to him.

"I feel that he should be ashamed of the example that he has given to his son and I feel very sorry for him and his family because he has just wasted his life."

She added: "I’ve got no thought about buying something wonderful or wishing I had something like you would if you were young.

"Because I’m old and at the end of my life nearly, I just feel that it is my own fault that the money has gone. I don’t feel upset about the money at all.

"When I discovered he was a prolific thief and he had targeted old people and I knew then I had been foolish or naive or stupid."

However, Detective Constable Stuart Taylor, of Northumbria Police's Central Burglary Team, said Beth had been none of those things - instead he praised her for her courage and said Griffith's motive was "despicable".

He said: "John Griffiths is a prolific thief who only cares about himself and it says a lot about his character that he targeted the elderly.

"He lied about the fact his partner was expecting twins to trick his way into Beth's home and all she wanted to do was give him a hug.

"It is despicable that he then stole her life savings but to then target vulnerable residents at a care home shows how low he was willing to go.

"He is a prolific criminal who has refused to change his ways and the streets of Newcastle are a safer place with him behind bars.

"I want to praise the courage of all the victims who provided statements in this case but I want to mention Beth in particular.

"She has been amazing from the minute we met her, does not have a bad bone in her body and we are glad we have been able to make her feel safer in her home.

"She blames herself for what happened but I want to assure her that there is only one person to blame for this crime and that is John Griffiths."

Since their formation in 2015, the Force's Central Burglary Team have put burglars behind bars for more than 10,000 months.

They have been so successful in putting offenders behind bars that their model has been adopted in other local authority areas across the force.

Crime figures also show that residents in Northumbria are less likely to fall victims to household crime, including burglary, than anywhere else in the country.

The public are encouraged to contact police to report any suspicious behaviour in their local community by calling 101 as it could prevent a burglary from happening in the first place.

You can also report suspicious activity online at www.northumbria.police.uk/contact or anonymously through Crimestoppers on 0800 555 111.