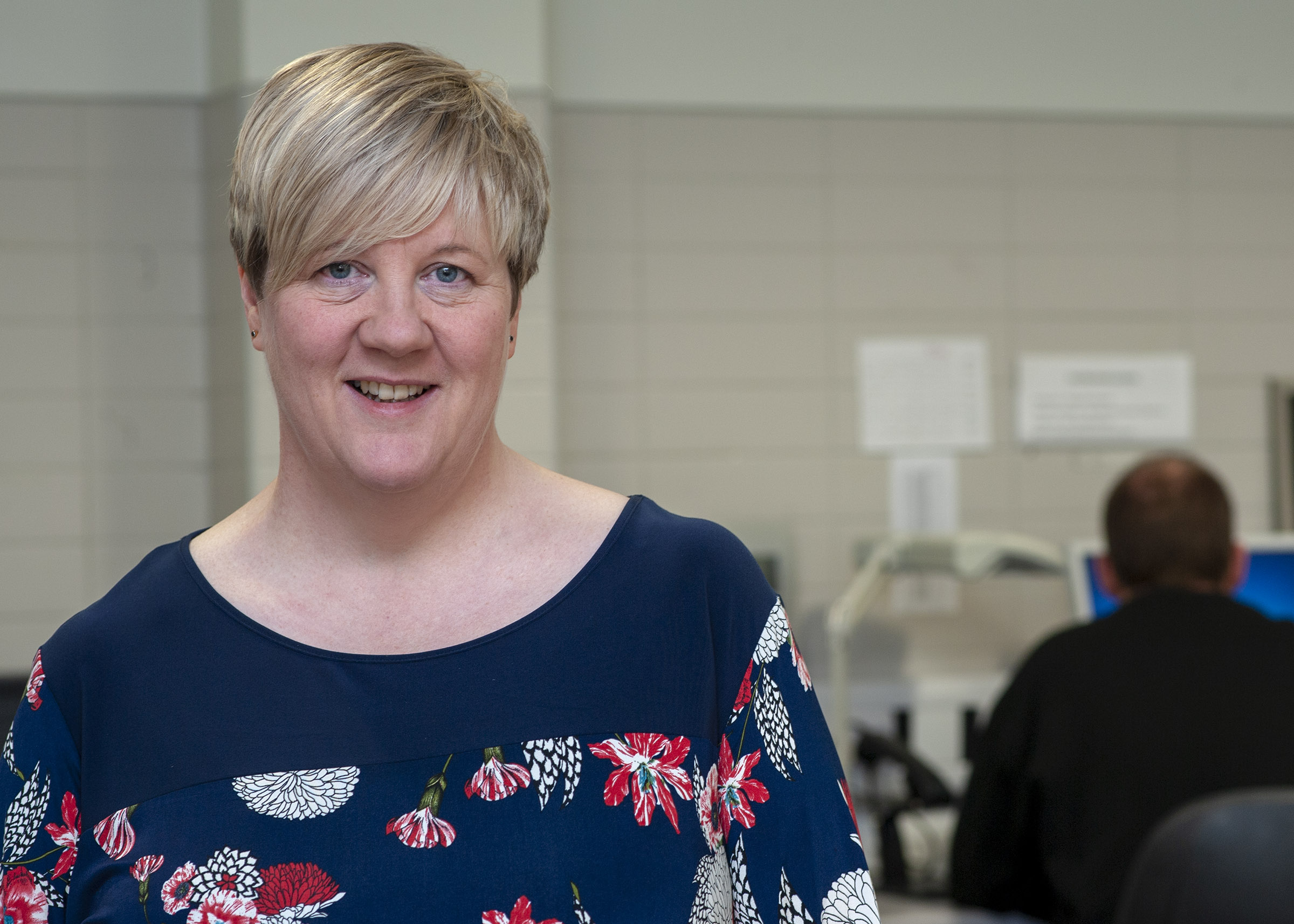 A top forensic expert from Northumbria Police has lent a hand to the next generation of crime writers and aficionados– using her expertise to help them master their craft.

Kirsty Potter, the Force’s Scientific Support Operations Manager who is responsible for the Crime Scene Investigators, fingerprint bureau and footwear unit, gave up her Saturday to host a number of workshops at Newcastle University’s Crime in the North East Festival.

Drawing upon her 23 years of experience in the world of forensics, her popular sessions called The CSI Reality, were designed to help educate the writers of the future portray criminal investigations more accurately and equip them with the basic knowledge they need to pen a true-to-life crime thriller.

Kirsty said: “Over the years I’ve had a lot of different roles within forensics from working as a forensic biologist to training and I was really pleased with how many people came along. I covered a few different topics but people seemed really interested in the use of forensic science in criminal investigations and how we match fingerprint patterns, footwear patterns and use this to convict offenders.

“I think people are really interested in this area of policing because the scientific methods we use are constantly adapting and advancing and enabling us to do things that were previously impossible. It plays on people’s imaginations. It was great to be able to use my skills to help shape people’s perceptions about crime and policing and also to help young writers to accurately portray what we do in their stories.

“I received a lot of positive feedback from the audience and just want to take this opportunity to thank Newcastle University for letting me come along and be a part of the festival.”

The festival, which was held by the Newcastle Centre for the Literary Arts, attracted large numbers of both students and members of the public, and Kirsty’s sessions proved particularly popular.

Dr Stacy Gillis, the Crime in the North East Festival curator, said: “We were delighted with how many people wanted to come and hear from their favourite crime authors – including Val McDermid, who has written a book on forensics – and to attend the workshops.

“Kirsty’s workshop on forensics was one of the highlights of the festival, introducing people to real-life applications of forensics. Crime writers, such as Ben Aaronovitch, author of the best-selling Rivers of London series, attended her session and took away tips for their next books.”

For more information about the festival and the Newcastle Centre for Literary Arts visit www.ncl.ac.uk/ncla