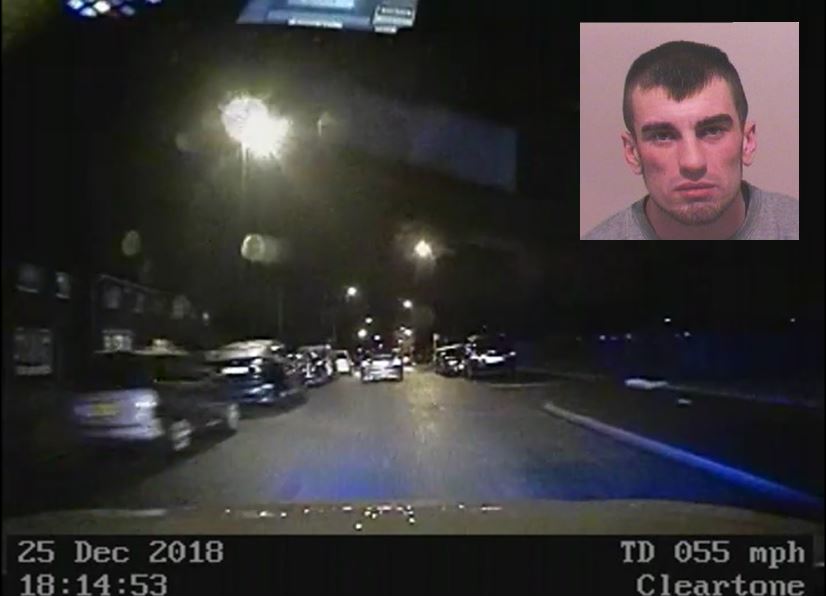 A disqualified driver who caused Christmas Day chaos as he tore around the streets of Sunderland has been jailed.

Dylan Robinson, 25, sparked a police pursuit on the evening of December 25 last year after getting behind the wheel of a Saab and causing panic on the Ford Estate.

After refusing to stop for police, Robinson was pursued by officers for more than eight minutes before he smashed his vehicle off a curb and lost a front tyre.

Yesterday (Tuesday), Robinson was sentenced to eight months behind bars and received a two-year road ban after admitting a string of driving offences.

PC Gary Morris, of Northumbria Police’s motor patrols unit, said: “This was an incredibly dangerous incident which saw a disqualified driver try to evade police by tearing around the streets of Sunderland at high speeds.

“This all unfolded on the early evening of Christmas Day, at a time when children could easily have been playing with toys they had opened that morning outside.

“Dylan Robinson endangered the lives of residents and police by his selfish actions, and showed a total disregard for the law. His sole intention that night was to make sure he was not caught due to the repercussions he would inevitably face.

“There is absolutely no excuse for that manner of driving on our region’s roads, and clearly Robinson is not responsible enough to get behind the wheel."

Robinson, of Ashkirk, Sunderland, failed to stop for police shortly after 6pm on Christmas Day as he was giving friends a lift home.

The driver darted through housing estates – narrowly avoiding collisions with other motorists – in a desperate bid for freedom.

However, after an eight-minute pursuit, police apprehended Robinson after he struck a kerb which damaged the front tyre of his vehicle.

Robinson was arrested and charged with dangerous driving, driving while disqualified and having no insurance.

He pleaded guilty to the offences at Newcastle Crown Court this week and was jailed.