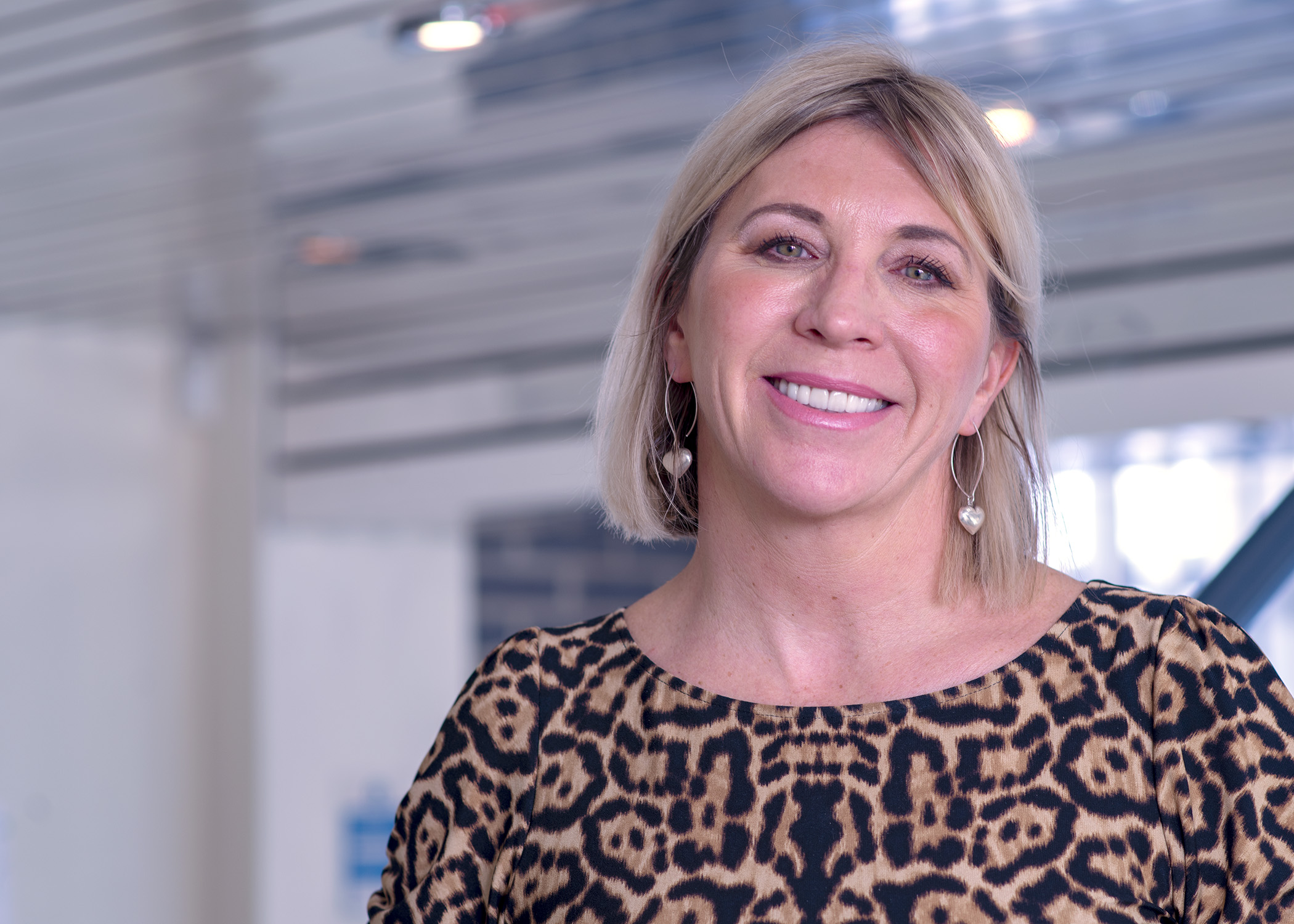 In support of Sexual Exploitation and Sexual Violence Week, our Proud of Our People series this week focuses on the world of Detective Sergeant Lorraine Wardle, who has one of the most emotionally challenging jobs in the force - dealing with children and vulnerable adults who have been sexually exploited.

Since 2014 Lorraine has led a team of Safeguarding specialists at the Victims Hub in Newcastle.  When the Force launched Operation Sanctuary in 2014, the absolute priority was getting victims to a place of safety and away from their abusers.

From the very first victim to walk through the door five years ago, Lorraine has been at the Hub with open arms and fully prepared with a team of specialists to provide a full wrap-around service for those who need our help the most.

Working with agencies such as the local authorities, Barnardos, Changing Lives and Bright Futures, more children and adults who have suffered unthinkable abuse are now being supported and cared for more than ever before.

Detective Sergeant Lorraine Wardle said: "When I arrived back in January 2014 there was myself and a number of other detective sergeants who would be working specifically around potential complainants within Operation Sanctuary.

"Initially there were around 30 people that were potential victims of exploitation but as the operation unfolded, the list grew to over 200.

"The way we looked at it was that it wouldn't just be for the police to deal with. We wanted to make sure these people got the best quality of wrap-around care and so we worked closely with our partners to deliver specialist support for each individual.

"Each victim was assessed by the team who were working together to build up a picture of what we were dealing with and tailor the support specifically for each individual’s needs.

"We didn’t want to speak to these victims and drop a massive bomb shell on them and just walk away.

"It was vitally important we understood what they were facing in their day-to-day lives and look at every level of support we could offer.

"We all just want to make a difference in their lives and for them to understand the treatment and abuse they have suffered is absolutely not okay.

"I feel like together, as a hub - as a unit, we make a difference in people’s lives for the better.”

Speaking to Lorraine as she reads some of the feedback from victims that is prominently posted on the walls around the Hub to give motivation to the team, she added:

"It does make me feel very emotional to read the feedback we get. It is an extremely tough job and we are humans at the end of the day. Who wouldn’t get upset thinking about the horrific abuse these victims have suffered? But when we read these words and the difference we have made in their lives, it is hard not to feel emotionally connected to these victims and passionate about protecting them.

"Working in Safeguarding is a tough department to work in and anybody working in Safeguarding will tell you that. I've worked in child protection and now the complex case investigations unit, it's tough but it's extremely rewarding because you do make a difference and if you can make someone safe - that's massive to me. Especially if you are sending someone to prison for twenty years plus for horrendous offences, not only are you seeking justice for the victims, you are stopping them abusing others."

“You just can’t measure that feeling.”

Police and Crime Commissioner Dame Vera Baird and Northumbria Police are supporting Sexual Exploitation and Sexual Violence Week, which runs from Monday, February  4, to Sunday, February 10, to help raise awareness of sexual abuse and encourage victims to come forward and report to police. No one should have to suffer in silence.

If you've got what it takes to be the difference search Northumbria Police Careers online today.