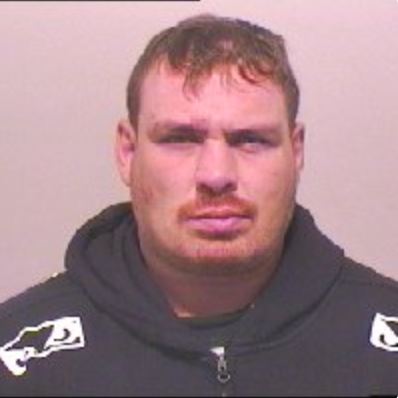 Ricki King, 34, 'targeted and bullied' a couple who were drinking in the Southwick club last October

A violent thug who brutally assaulted a couple in a club and left one with a brain haemorrhage has been jailed for nine years.

Ricki King, 34, set upon a man and a woman in the Buffs Club, Sunderland, on the evening of October 5 last year.

The vicious attack left the man hospitalised with head injuries and a broken nose, while his female partner suffered two black eyes, a bloodied nose and a sore back.

He was also dealt with for separate offences of exposure and threatening behaviour.

Detective Sergeant Gaye Martin, of Northumbria Police, said: “Ricki King is a dangerous individual who took the law into his own hands by carrying out a horrendous and sustained attack on the two victims.

“The individuals were not causing any trouble but were targeted and bullied by King that night. His violent attack left both victims with horrific injuries and psychological scars that may never heal.

“King showed little sign of remorse and refused to cooperate with police when he was arrested. Clearly, he is a danger to society and will now spend the foreseeable future behind bars.

“This kind of behaviour is totally unacceptable, and King’s conviction was made possible by the hard work of detectives who were determined to ensure he had his day in court and was held responsible for his violent actions.”

The court was told the female victim returned from the toilet to see King shouting and acting aggressively towards her boyfriend shortly after 10pm.
When asked why he was being violent, prosecutors claim the defendant responded, ‘because I can get away with it’.

King then came 'right up' in the woman's face, before pulling her to the ground while reining punches down on her face and kicking her head. He then set upon the male, who suffered a brain haemorrhage and a broken nose as a result of the horrifying assault.

The court also dealt with a charge of exposure relating to an incident at Spar on North Hylton Road, Sunderland, in November 2017. King previously admitted he had entered the shop and dropped his trousers and underpants.

King had also previously admitted a charge of threatening behaviour in relation to an incident at the North Star bar, in Sunderland, on March 13 last year.

Last week, he was jailed for a total of nine years.