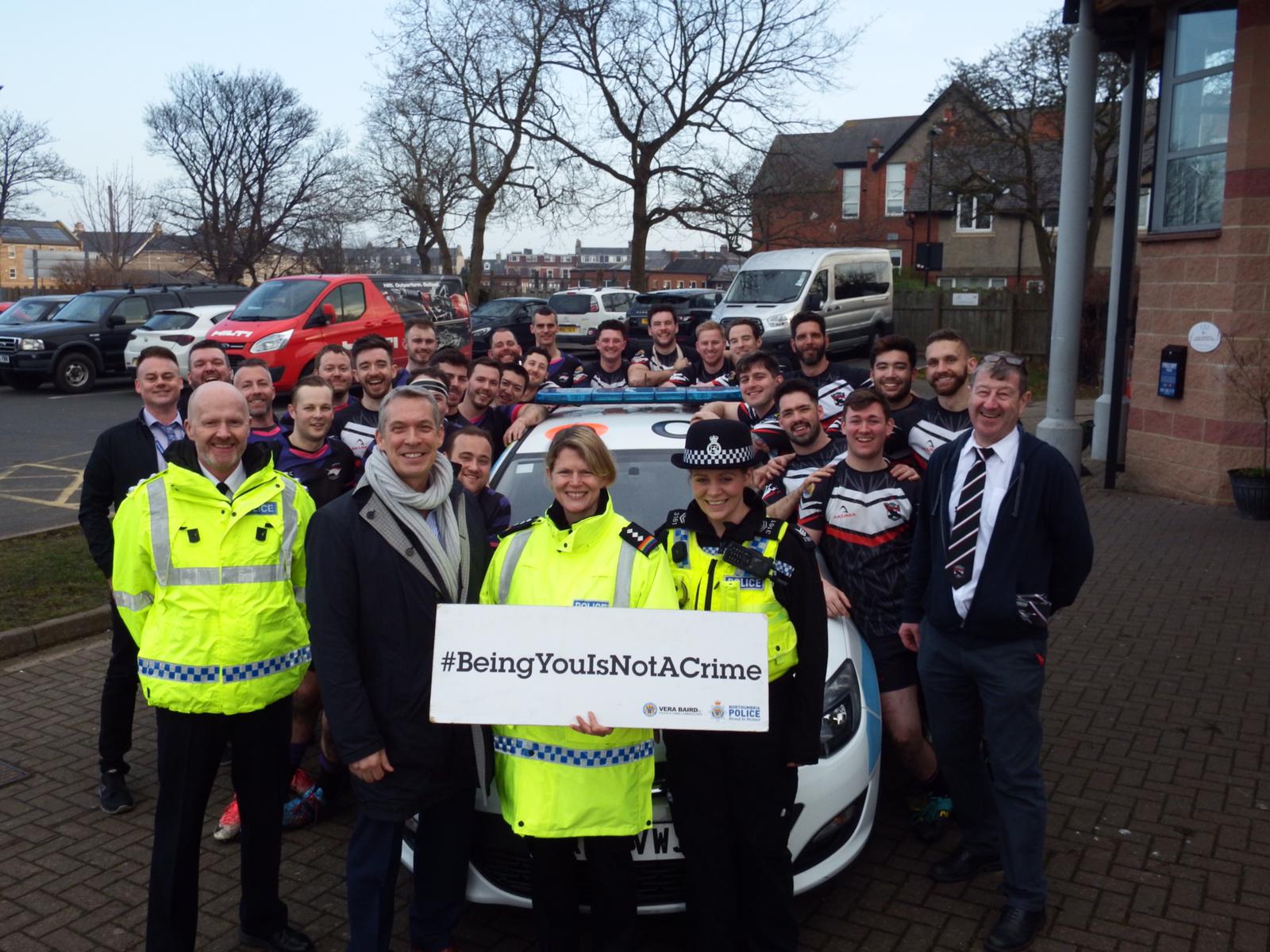 An inclusive rugby tournament has been hailed a success after it took place for the 10th year in a row.

It was hosted by the Newcastle Ravens rugby union team who are an inclusive club made up predominantly of gay players.

They joined other teams participating in the tournament by wearing multi-coloured laces in support of Stonewall's rainbow laces campaign.

The campaign started to take momentum following research undertaken suggesting that homophobia, biphobia and transphobia remains a problem at all levels of sport.

The rainbow laces were donned by players in a sign of solidarity and to send a united message that LGBTQ+ people are welcome in sport and across wider society.

Representatives from Northumbria Police’s LGBT+ Association were also on hand to offer their support while Chief Constable Winton Keenen presented the Ravens with the top gong after they won on home turf.

Northumbria Police and Crime Commissioner, Dame Vera Baird QC, said: "Our campaign 'Being you is not a crime, targeting you is' was launched in 2013 with the aim of raising awareness around what hate crime is and that slogan has now been adopted across the country.

"There is no place for hate crime on the rugby pitch, on any pitch, or anywhere in society and we are committed to tackling it."

Detective Constable Matt Murray is the co-chair of the Force’s LGBT+ Association and said the tournament sends a strong message that hate crime is not welcome in sport.

He said: "This is now the 10th time this tournament has taken place and as a Force we were incredibly proud to again be involved in such a fantastic event.

“Equality and inclusivity are key components of modern day policing and it's so important that we show our support for projects like this.

"The tournament is all about inclusivity and because the teams taking part are inclusive, people can be free to be themselves as individuals and express themselves as they wish.

“Sport doesn't discriminate and this ties in perfectly in with our messages around hate crime and the work we are doing across the whole Force area."
A crime is considered to be a hate crime if someone has been targeted because of who they are - these include: race, faith, religion, disability, gender identity, age and sexual orientation.