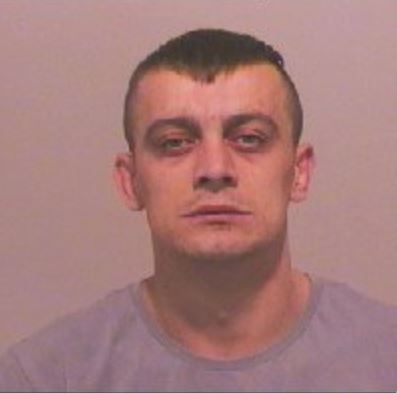 Light-fingered burglar who stole £2,000 of power tools jailed after being identified by officers

A light-fingered burglar who stole £2,000 worth of power tools has been jailed.

Anthony Newall, 30, raided a home on Wheler Street, Houghton-le-Spring, while the occupants were out in September last year.

The thief helped himself to a variety of expensive items, including a chainsaw, petrol-powered hedge-cutter, strimmer and leaf blower.

Newall was caught on CCTV lurking around address in question, and after momentarily disappearing from view, he re-emerged a few seconds later doubled up in pain after appearing to injure his arm whilst forcing access.

The burglar was identified from the clip by a number of police officers. He initially denied any involvement in the burglary but admitted the offence at Newcastle Crown Court earlier this month.

On February 6, he was jailed for two-and-a-half years.

Detective Constable Alex Hadwin, of Northumbria Police, said: “Anthony Newall is well-known to police, and his prolific offending proved to be his downfall after a number of officers instantly recognised him from the CCTV clip.

“Burglary is a crime that can have a lasting impact on victims and communities. As a result, we offer no apology for our firm stance against this kind of criminality and we will continue to actively pursue offenders and ensure they have their day in court.

“Newall is one of a number of burglars in Sunderland and South Tyneside who have been locked up in recent weeks, and we hope this helps to send a strong and clear message to other offenders – you will be pursued, you will be caught and you will be brought to justice.”

Upon arrest, Newall initially denied the male was him and claimed three officers who separately identified him following the circulation were mistaken.

However, on the day of his scheduled trial, he admitted one count of burglary. He was jailed for 30 months a fortnight ago.