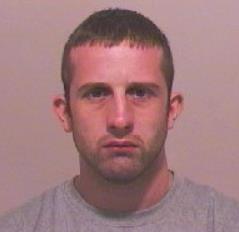 A man who left his ex-girlfriend with a fractured arm and severe injuries to her face has today (Thursday) been sentenced to 10 years in prison with an additional four years on licence.

Steven Burton, 33, of South Parade, Whitley Bay, pleaded guilty to a section 18 assault after he attacked the woman at her home in Sunderland last year.

Officers attended the address shortly before 10pm on Thursday, August 30, where the woman was in a distressed state and visibly injured.

The offender had repeatedly punched, kicked and bitten the victim before leaving the address.

He was arrested in the Whitley Bay area later that evening and charged with a section 18 assault the following day and has been remanded in custody since.

Burton was today handed the 10 year sentence at Newcastle Crown Court and the officer investigating the case hopes it gives the confidence for other victims to come forward.

Detective Constable Sara Stewart, of Northumbria Police's Safeguarding Department, said: "This woman has suffered horrific injuries at the hands of Burton and no one should ever be subject to such violent abuse.

"Burton is a dangerous man and the level of injury he has inflicted on the victim clearly shows his true nature.

"The victim absolutely did the right thing by calling the police that night. This has given us the opportunity to get Burton off the streets to prevent him attacking the victim again or assaulting anyone else.

"I hope it gives others who may be suffering violence or abuse to come forward. Making that call today could save your life."

The victim said in an impact statement: "When Steven assaulted me it was a totally unprovoked attack. He travelled over to my house from North Tyneside. He was ringing me and being abusive.

“I opened the front door to Steven and he immediately began hitting me. As a result of this I sustained various injuries including a broken left arm which required surgery to pin it back together. I am devastated by what he did to me. I do not want him to be allowed anywhere near me or my home again. "

For more information about domestic abuse and violence advice search Northumbria Police online. All our webpages have a 'hide page' function and there is guidance on deleting your internet history. If you have concerns about using your own devices, contact a close friend or family member to use their device or use the internet access at a local library.