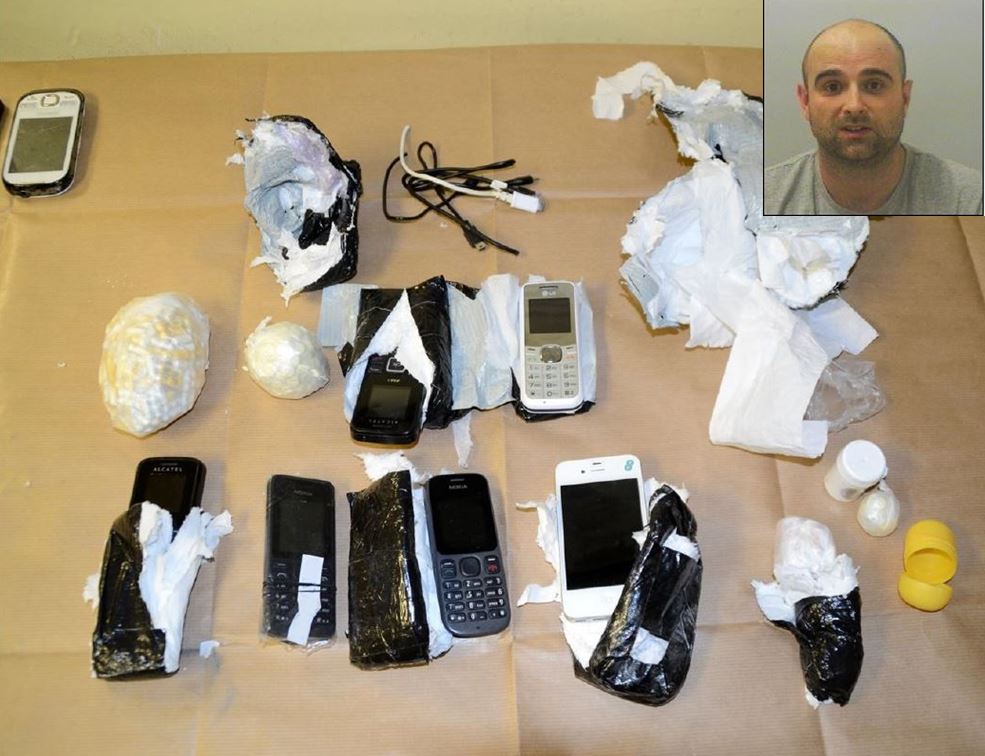 After being caught helping to get drugs, mobile phones and a flick knife into prison a North Tyneside man now finds himself behind bars.

David John Ireland, 34, has been handed a 16-month prison sentence after previously pleading guilty to three counts of conveying a prohibited article into prison.

On January 25, 2017, Ireland was caught on CCTV in his black Ford Mondeo near HMP Northumberland accompanied by two unidentified passengers.

After parking up near to the wire fence on the grass verge, Ireland remained in the car while the two other men – who disguised their identities – threw a large package through a hole in the prison fence.

The package was quickly intercepted by prison staff, and after it was put through an X-Ray machine, was found to contain a number of mobile phones, chargers, unknown substances, a lock flick knife and razor blades.

After forensic examination, the unidentified substances in the form of white powder and tablets were confirmed as controlled Class C drugs – Diazepam and Oxymetholone. There were more than 650 tablets in the package alone.

Ireland, of Churchill Street, was soon identified as the prime suspect after officers were able to trace the vehicle back to him and his fingerprints were discovered on the inside of the package.

He was later arrested and charged to appear before the court.

In August last year, Ireland was set to stand trial but instead pleaded guilty to all three offences at Newcastle Crown Court. And on Friday, February 8, he was sentenced by a judge to 16 months in prison.

Detective Constable Lucie Holland, the officer in charge of this case, said: “While the package was quickly intercepted by vigilant prison staff, it’s clear that there would have been significant consequences if it had got into the wrong hands.

“I have no doubts that Ireland would have financially gained from supplying this package, as well as opening up the possibility for violence and drug taking within the prison.

“While the street value of the drugs was not estimated, we know that this would increase massively in prison due to supply and demand.

“I’m glad to see that Ireland has been locked up after some excellent work from the team.”