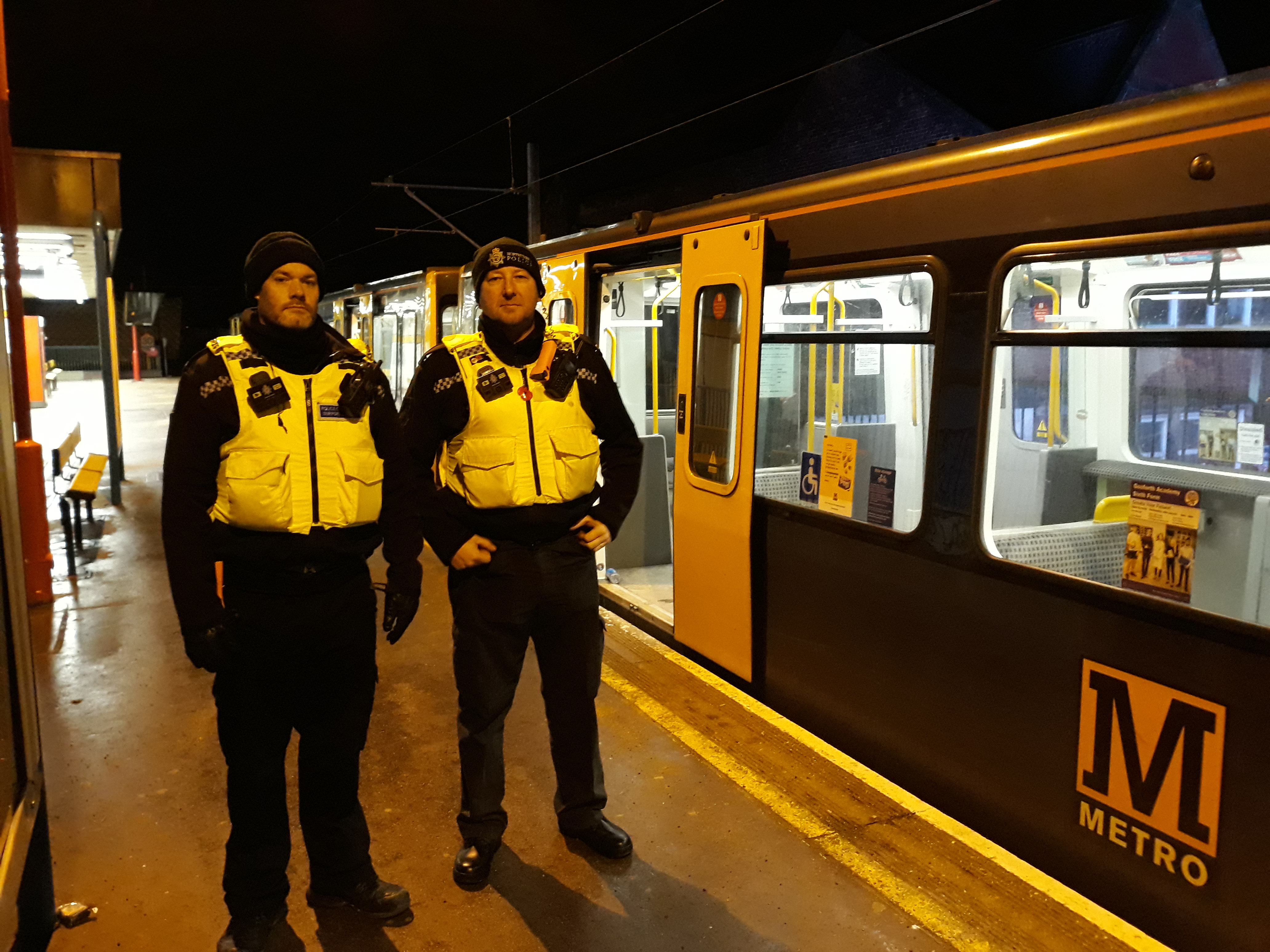 Operation Ivor has sprung into life in response to a spate of anti-social behaviour reported at stations including Simonside, Tyne Dock, Chichester and South Shields over the last fortnight.

Officers are currently investigating a report that shortly after 7pm on January 26, a large group of youths boarded a Metro train at South Shields and were involved in disorder, which resulted in a window of the carriage being smashed.

Working alongside Metro staff, plain-clothed and uniformed officers have increased patrols at various stations across South Tyneside in a bid to tackle offenders and offer reassurance to the community.

Inspector Phil Baker, of Northumbria Police, said: “The overwhelming majority of residents use the Metro safely and respectfully, but we have been made aware of a number of reports involving large groups of young people abusing the service.

“This behaviour will not be tolerated, and we are committed to ensuring the anti-social behaviour of a minority does not intimidate, frighten or bring misery to our law-abiding members of the community.

“As a result of the operation, which has been running for almost a fortnight, a number of dispersal notices have been handed out to youths and summons issued for fare evasion. We will continue to patrol problem areas and take action against those involved in disorder.

“We would always ask members of the public to report incidents of anti-social behaviour, which will then allow us to pursue offenders and bring those responsible to justice. Anyone who experiences disorder of this nature is asked to call 101.”

A Nexus spokesman added: “Crime rates on the Tyne and Wear Metro remain low and we are working closely with the police to tackle issues of anti-social behaviour where they occur.

“Over the last 12 months we have put more staff on the system and we have stepped up the number of joint patrolling with Northumbria Police in order to target problem areas where low level disorder and fare evasion tend to occur.

“This is backed up by our network of more than 600 CCTV cameras.

“Metro is used by 36 million passengers a year and it is fundamentally a safe system to travel on. A small minority want to spoil it for the rest of the travelling public and this will not be tolerated.

“Anyone who gets caught committing offences on the Metro system faces arrest and prosecution through the courts.”