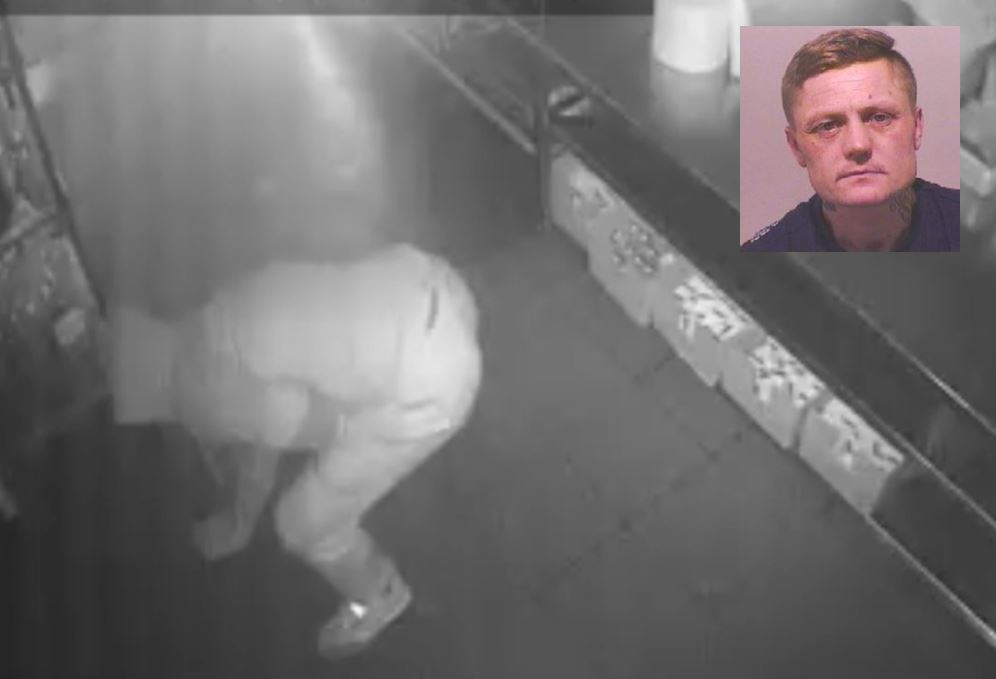 William Trotter, 37, is due to be convicted later this year after admitting burgling the Sunderland restaurant

A burglar who raided Pizza Hut was left cheesed-off after his attempt to wash away a blood trail with Pepsi proved unsuccessful.

William Trotter, 37, smashed his way into the restaurant on St Luke's Terrace, Sunderland, in the early hours of December 17 last year.

The raider made off with the store’s till, but after realising he had cut himself and left a trail of blood on the floor, he crawled back inside and tried to clean up the mess.

However, after a mediocre attempt to mop up the blood, Trotter opened a bottle of Pepsi and poured it over the floor in the hope of covering his tracks.

Detective Constable Stuart Havery, of Northumbria Police, said: “This was a cynical crime in which Trotter showed a total disregard for the law.

“He broke into the business premises and made away with the till before attempting to wash away the evidence to make sure he was not punished for his actions.

“Unsurprisingly, the extent of his crime could not be hidden by a splash of Pepsi – and he’ll now face the consequences of his selfish actions.

“It is important that the public and the business community of Sunderland know that we are committed to tackling this type of crime, and that identified offenders will be dealt with swiftly and robustly.”

Shortly after 5.30am of December 17, Trotter broke into the restaurant and ripped out the till containing around £100 of cash, before making off.

One minute later, aware that he had left splatters of blood all over the restaurant, Trotter re-entered the store, having removed his hi-viz jacket in an attempt to disguise himself.

He was caught on CCTV attempting to mop up pools of his own blood, before he took a bottle of Pepsi and poured it over the floor in a desperate bid to wash away any forensic evidence.

After police were alerted to the incident hours later, officers found a trail of blood, as well as blood stains on a cardboard box containing pizza sauce.

The blood was found to match the DNA of Trotter, who was subsequently arrested and charged with burglary.

When interviewed by police, Trotter, of East Vines, Sunderland, admitted the offence but refused to watch the CCTV, claiming: “It’s just a waste of time, get on with it.”

He is due to be sentenced later this year.