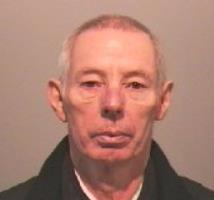 A brave victim who suffered in silence for 50 years finally sees justice as her abuser is jailed.

Philip Rootham, now 67, from Kenton Bar, carried out sexual assaults on his victim then threatened he would send her to a ‘little girls’ home’ if she told anybody.

Rootham carried out the offences in the 1960s when he was 17 and his victim was still in primary school.

The victim bravely came forward to police in November 2016 and told detectives of her ordeal which had haunted her for more than 50 years.

Detectives from Northumbria Police’s Safeguarding department managed to track down Rootham and he was arrested in January 2017. He admitted to two counts of indecent assault and has now been jailed at Newcastle Crown Court for 21 months.

Detective Sergeant Tanya Robinson of Northumbria Police’s Safeguarding department said: “The abuse this woman has had to live with has had a hugely dramatic effect on her life in the most awful way.

“The bravery she has shown to come forward after all this time is completely admirable and her strength throughout this process has been unwavering.

“This has been an incredibly long journey for her and to suffer in silence for so long is devastating. I would plead with anyone who has been a victim of any form of abuse, no matter how long ago it was, to come forward and speak to police.

“If this woman had not have come forward Rootham may never have been brought to justice for his actions.”

If you have been a victim of abuse, whether this is recent or historic, please come forward and contact police on 101, or 999 in an emergency. Victims can also contact Victims First Northumbria on 0800 011 3116 who will give independent advice and support.