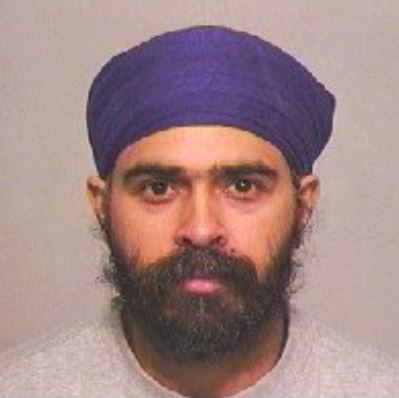 A conman has become the first person in the entire country to be jailed for making thousands of pounds through computer software fraud.

Baljindher Singh, 39, was arrested in June 2017 following joint investigation between the North East Special Operations Unit (NERSOU) and the City of London Police.

A court was told how investigators have been looking into the tens of thousands of reports of computer software fraud made each year.

Singh was identified as being part of a scam that involved victims being contacted and told there is a problem with their computer.

Victims were then told by the fraudsters that they worked in the IT department at tech-giant Microsoft and that they could resolve the issue for a fee.

Fraudsters would take the money but, instead of fixing any problem, they would install malicious software on the computer that would allow them to steal even more money.

Enquiries found that the fraudsters were based in the Delhi region of India but they were asking victims to transfer money to a UK based bank account.

The City of London Police identified Singh as the owner of the account and detectives from NERSOU later found he was transferring the cash back to Delhi, while taking a cut for himself.

Singh was arrested at his home in South Shields and brought into custody to be questioned by specialist fraud investigators.

He was charged with money laundering and became only the third person to be convicted in relation to computer software fraud when he entered a guilty plea at court in December.

And today (Monday) Singh, of Marshall Wallace Road, South Shields, was jailed for 28 months at Newcastle Crown Court, making him the first person to ever be jailed in relation to these types of offences.

Prosecutors revealed during the case that Singh had helped steal £400,000 from victims and is thought to have pocketed tens of thousands of pounds for himself.

Following the case, Detective Constable Andrew Smith, of NERSOU’s Cyber Crime team, said he was "delighted" to secure a conviction as part of an investigation dubbed Operation Thistle.

He said: "These are very complex investigations and that is why there have only ever been three convictions of computer software fraud in the UK.

"It is an international operation and Baljinder Singh was one cog in the machine that committed frauds to the tune of millions of pounds.

"He acted as the money man and used his accounts to pass the proceeds of the fraud back to these conmen based overseas.

"Thanks to the hard work of our detectives and officers at the City of London Police, he has been brought before the court and convicted.

"It is worth noting that this investigation was greatly helped by the co-operation of Microsoft and their commitment to securing justice for victims of crime.

"We hope that we can continue to work in partnership with the tech-industry to protect customers and put predatory fraudsters behind bars."

Commander Karen Baxter, of the City of London Police, said: “As the national lead force for fraud, Action Fraud and the National Fraud Intelligence Bureau are responsible for ensuring that the UK can better identify, investigate and detect fraud and cyber crime.

“This case is a shining example of law enforcement using a joined-up approach to combat fraud and cyber-crime."

The average age of victims of this type of fraud is 62 and they typically pay out £600 but tech firms such as Microsoft have stepped up efforts to safeguard customers in recent years.

Abrahim Bakhtiar, CELA Senior Attorney at Microsoft Digital Crimes Unit (DCU), said: "This is a great result for people who have been targeted by or fallen victim to these criminals.

"We work closely with law enforcement both here in the UK and internationally to tackle this kind of fraud and we have recently expanded our cyber security programme to further safeguard our customers.

"We’d like to reassure all users of our products that Microsoft will never cold call you out of the blue.

"If you receive an unsolicited tech support call or pop up from anyone claiming to be from Microsoft or representing Microsoft then it is a scam."
Singh was jailed after admitting possession of criminal property with intent to money launder at Newcastle Crown Court on December 3.