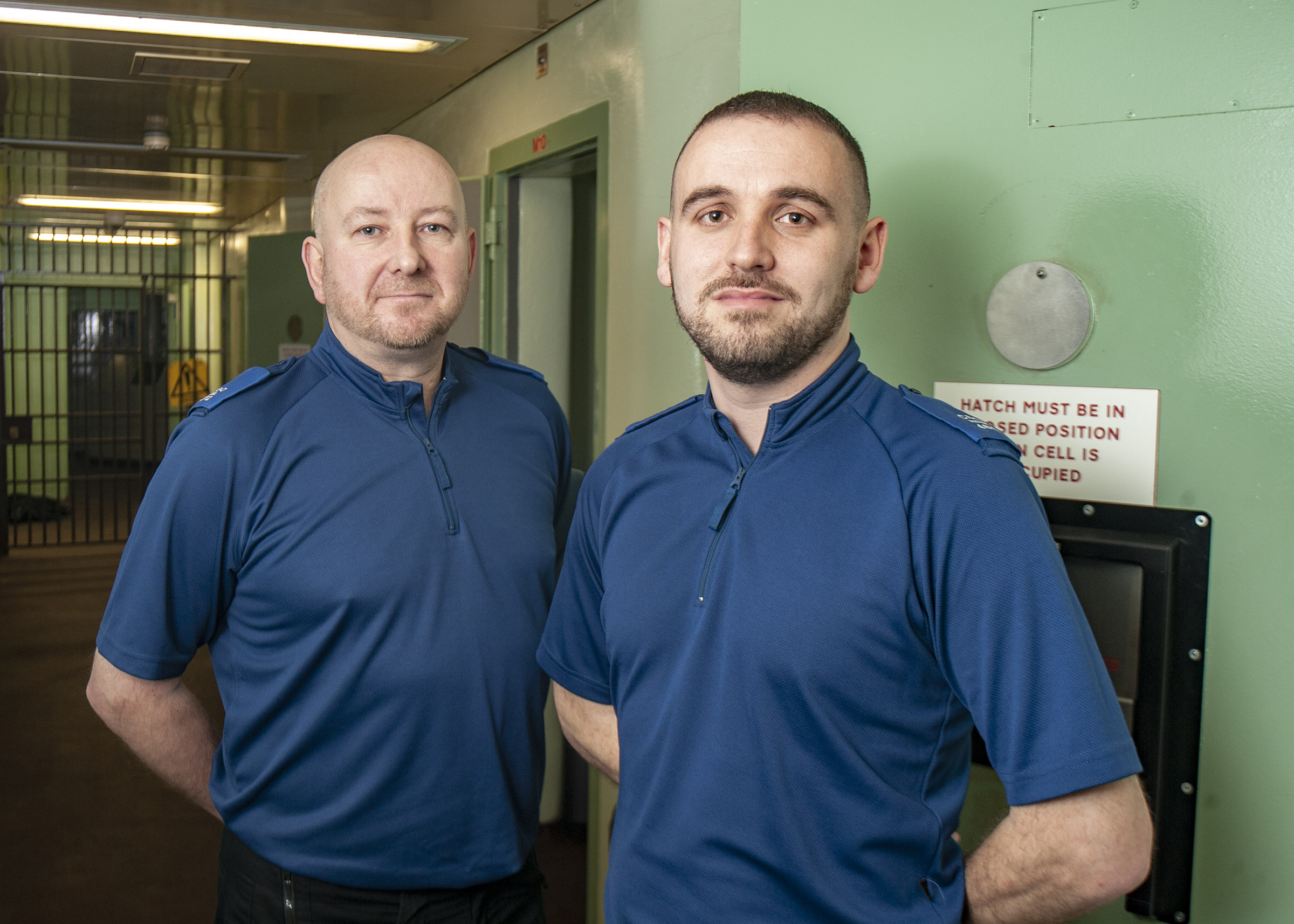 A South Tyneside mum has thanked police for “rescuing” her son and leading him away from a life of crime.

The mum was fearful her son, 15, was heading down the wrong path after he became embroiled in alcohol and drug misuse last year.

The parent, who lives in South Shields, noticed the A* student’s grades had started to plummet and his behaviour worsen as he began spending time with a new group of older friends.

But after receiving an inspirational pep talk from two Community Support Officers (PCSO) in South Shields, the teenager has responded positively both at school and at home – prompting his mum to write a heartfelt letter thanking police.

Speaking of the huge influence that PCSO Steve Graham and PSCO Mark Halliday have had on her son’s life, the thankful mum wrote: “It’s nice to give praise where it’s due as you really did help me to turn this around and save a good lad from the wrong path.

“Not enough people in this world get praised for their compassion and hard work. From the bottom of my heart, thank you.”

The mum, who wished to remain anonymous, explained how her son was well-behaved growing up but then suddenly hit a hurdle during his adolescence.

In a matter of six weeks, his behaviour took an unexpected nose-dive.

“He’s always been a lovely, happy and respectful boy,” she said. “However, after his dad and I were divorced, he became increasingly subdued and seemed to miss that father figure in his life.

“It started slowly, but he soon went from the perfect child in school to somebody who didn’t seem to care too much about his morals, his upbringing or anybody around him.

“As a parent, I was really worried. I didn’t know if he was being pressurised or influenced, but I knew that without some kind of early intervention he was at risk of going off the rails.”

One night last summer, after growing increasingly alarmed by her son’s changing personality, the mother spoke to police and received a visit from PCSO Graham and PCSO Halliday.

They returned to the house a few days later to sit down with the teenager and chat to him about his spiralling behaviour.

“I thought it was important that they be very firm and make him realise the direction he was going in,” said the concerned mum.

“The PCSOs stayed for a couple of hours and chatted to him – about everything from the pressures of being a teenager, what he wanted to achieve, how a criminal record could affect the rest of his life and the importance of finding a hobby to engross himself in.

“I don’t know what I expected to happen, I just hoped a little lightbulb would light up in his head and he’d listen and take on-board what the officers were saying.

“Since then, he’s been doing amazing – head down, hasn’t touched alcohol and has been studying hard to get into sixth form. His grades are right up there again – and I think a massive part of that was down to those officers who gave up their time on that evening.

“They’ve rescued my son, I genuinely mean that. He was going down a path that would’ve affected his entire life – so that’s why I decided to write the letter, just as a way of saying thanks.

“I can’t say how grateful I am to them for having that talk with him and the positive impact they’ve had on his life.”

PCSO Graham, who has been with the Force for five years, says he’s pleased that the teenager has taken the advice on-board.

He said: “We deal with a number of young people every day and the overwhelming majority are no trouble at all.

“However, you do realise that 13, 14, 15 – it is such a crucial age in a young man or woman’s life, and the decisions they make can have a big effect on the direction they go later in life.

“We just sat down with the lad and chewed the fat, spoke about some of his decisions and the reality of what could happen if he continued to go down that path in terms of his career, his future and the possible effect it could have on his family too.”

PCSO Halliday, who has served with Northumbria Police for 10 years, added: “I’m really pleased that he’s taken our advice on-board, and hope he can continue to make a positive contribution to the community.”